It's an adorable annual tradition — the mothers lay their eggs, and when the ducklings get bigger, the staff escorts them through the halls to a nearby pond. 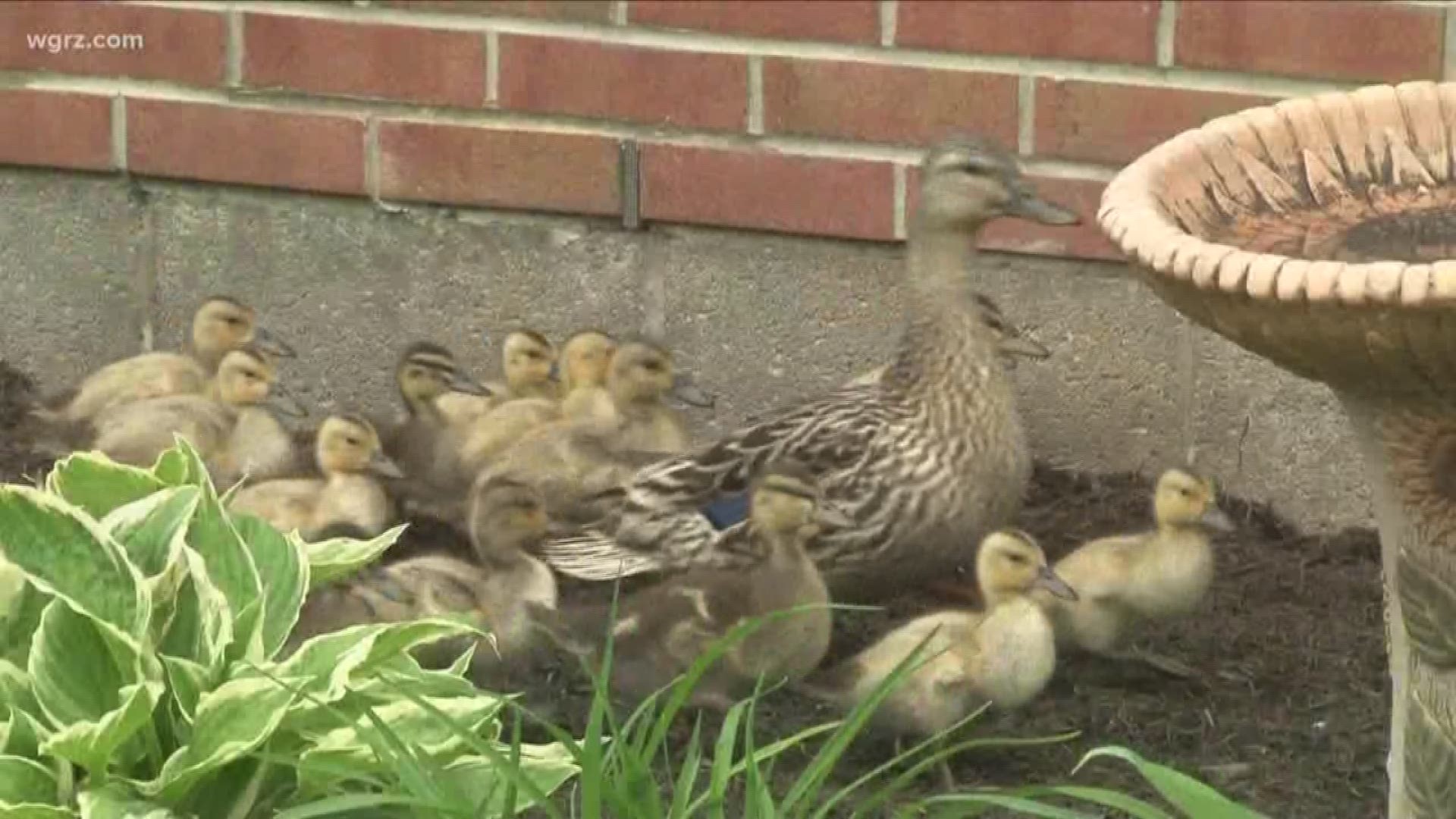 ALDEN, N.Y. — There's a long-standing springtime tradition at Alden Primary School that involves some of the cutest "classmates" you'll ever see.

For the past 15 years, mama ducks have flocked to the school's courtyards to lay their eggs. There, they are away from predators and stand a better chance at survival.

They're also under the watchful eye of curious students and under the care of the custodial staff.

There's limited food and water in the courtyards, so the staff started buying special feed and filling up baby pools. They even put out fake snakes and owls to ward off any crows or vultures that might try to do them harm.

There have been as many as four duck families at once. This year, there are two families — two moms and more than 20 ducklings between them.

Initially, there was a bit of a turf war. Both mothers laid their eggs in the same courtyard this spring, and the families weren't getting along.

That's when custodians, teachers, and even the principal stepped in to escort one set of babies through the hallways to a different courtyard. The mom chose to fly over the building to meet them.

When the ducklings get bigger (but are still unable to fly out), the staff will parade them through the hallways and out the door to a nearby pond where they can hopefully continue to grow, happy and healthy.

And if the past is any indication, there will be another family or two (or four!) next March or April. 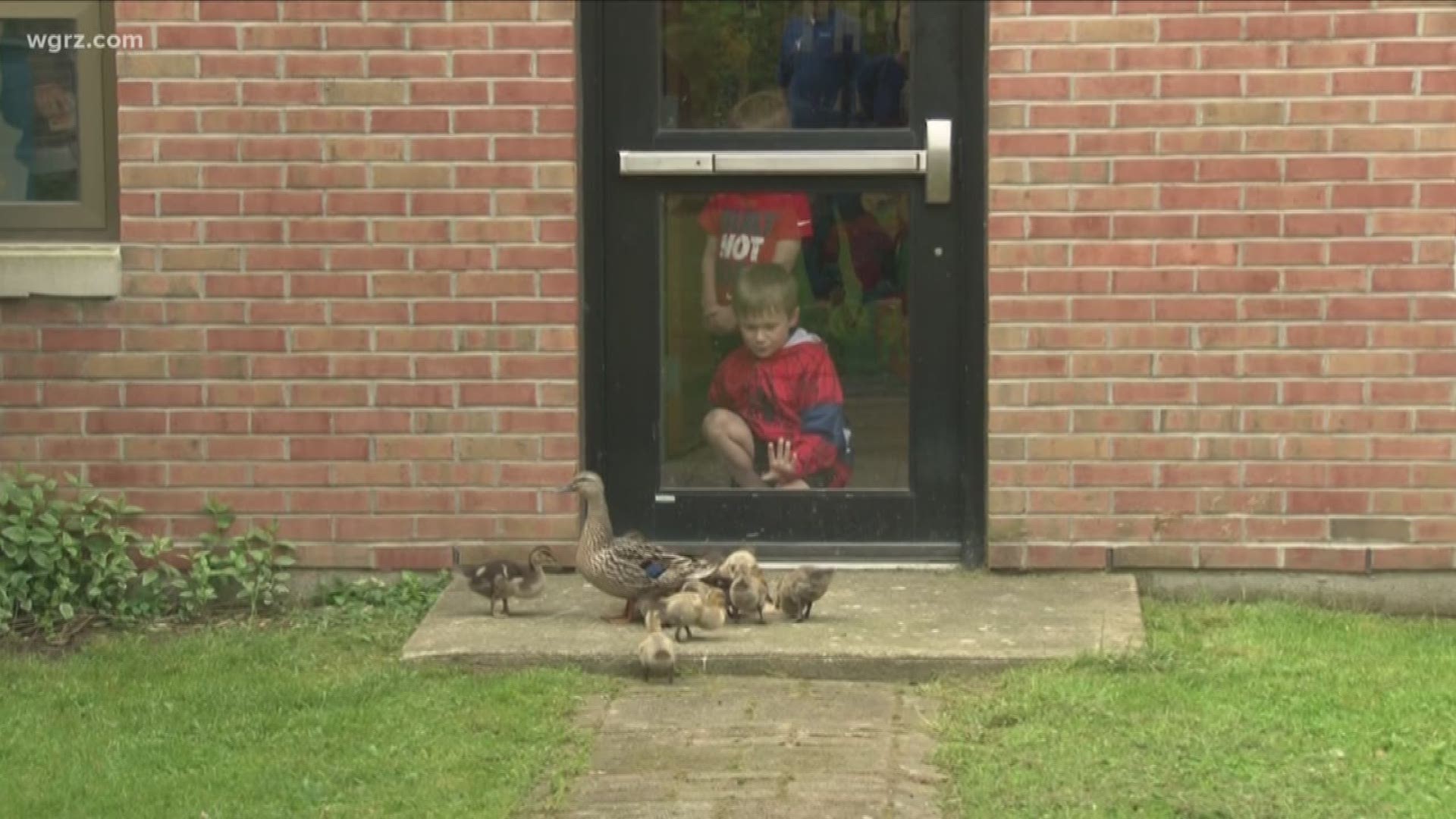