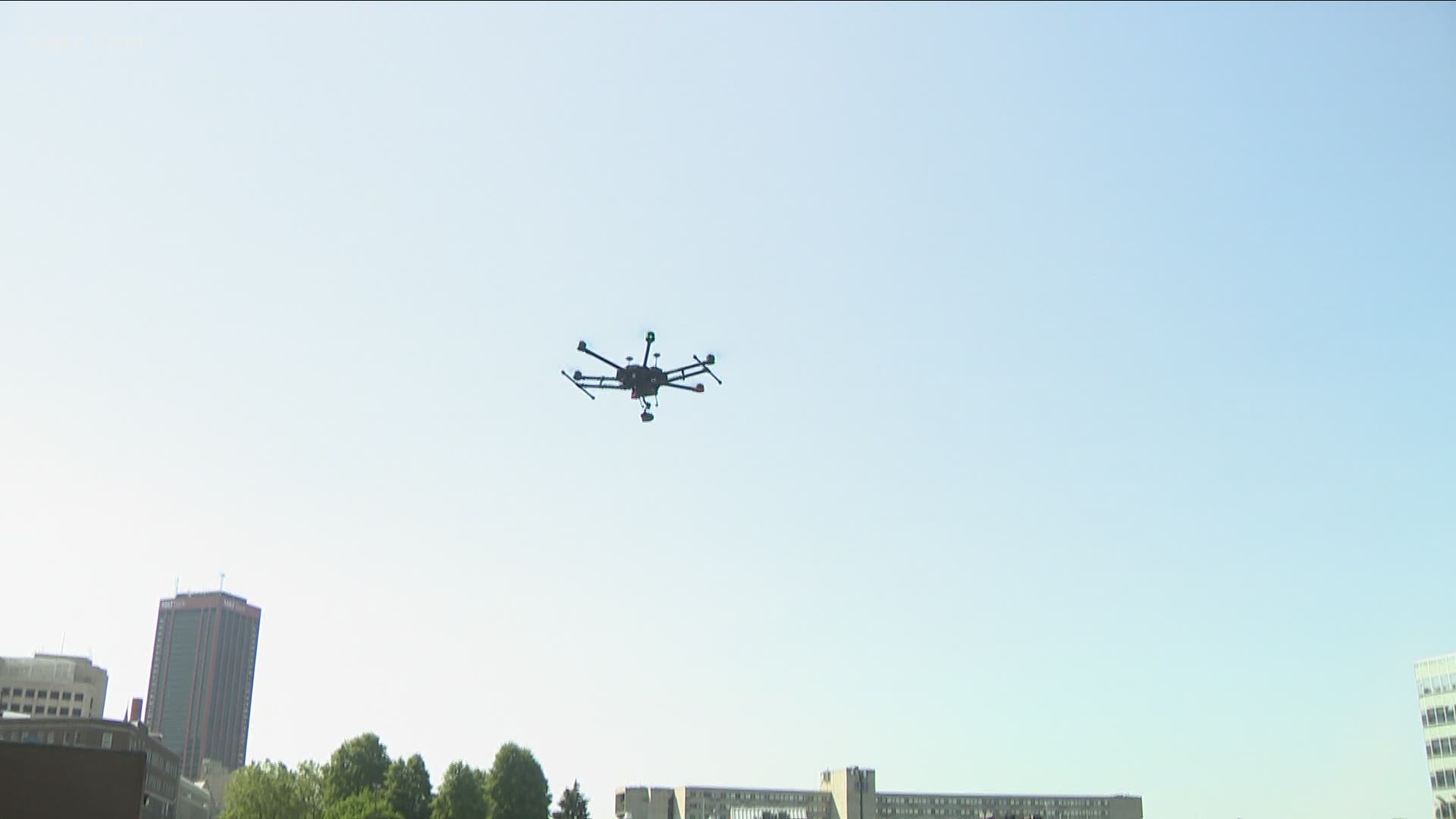 BUFFALO, N.Y. — Some of the oldest inhabitants of Buffalo have become a serious concern for city government.

“We know that there are problem properties in different areas of our city, and those properties represent a hazard in some cases to the surround community,” said Mayor Byron Brown.

Just three weeks ago, a portion of a building along Oak Street came tumbling down, spilling bricks onto the sidewalk and a normally busy roadway.

In the same neighborhood 19 months earlier, residents and a business of an Ellicott Street building were ordered out after a buckled roof prompted an emergency demolition order.

Both structures appeared to date back to the mid-1800s.

Structures at least a century old are not hard to find in the city. Many are abandoned, and those are the ones that concern city government most.

“The buildings are older around here. We need to get up higher. Our inspectors can’t do it. It’s just not safe,” said city Permits and Building Services Commissioner James Comerford.

So, the city is bringing in drones.

At the announcement, Eagle Hawk CEO Patrick Walsh gave a demonstration of his drones’ capabilities with a brief flight, examining the exterior of the Shoreline Apartments.

“Drones carry sensors such as high-resolution cameras, zoom cameras that can detect damage, thermal-imagers that can see leaks in roofs, water intrusion or energy impacts that are not evident to the naked eye,” Walsh said.

City government first sought business proposals for a drone-inspection program in 2019. But Mayor Brown says moving forward with selecting a company was delayed by the COVID pandemic and a lengthy legal review by the city Law Department.

Brown added the Eagle Hawk drones will also assist the fire department with safety assessments for fires and rescues. The mayor said there are no current plans to use drones for policing.