It has been 113 days since Hochul answered a question on camera from Two On Your Side. On Tuesday, we traveled to Oneonta in order to speak with her. 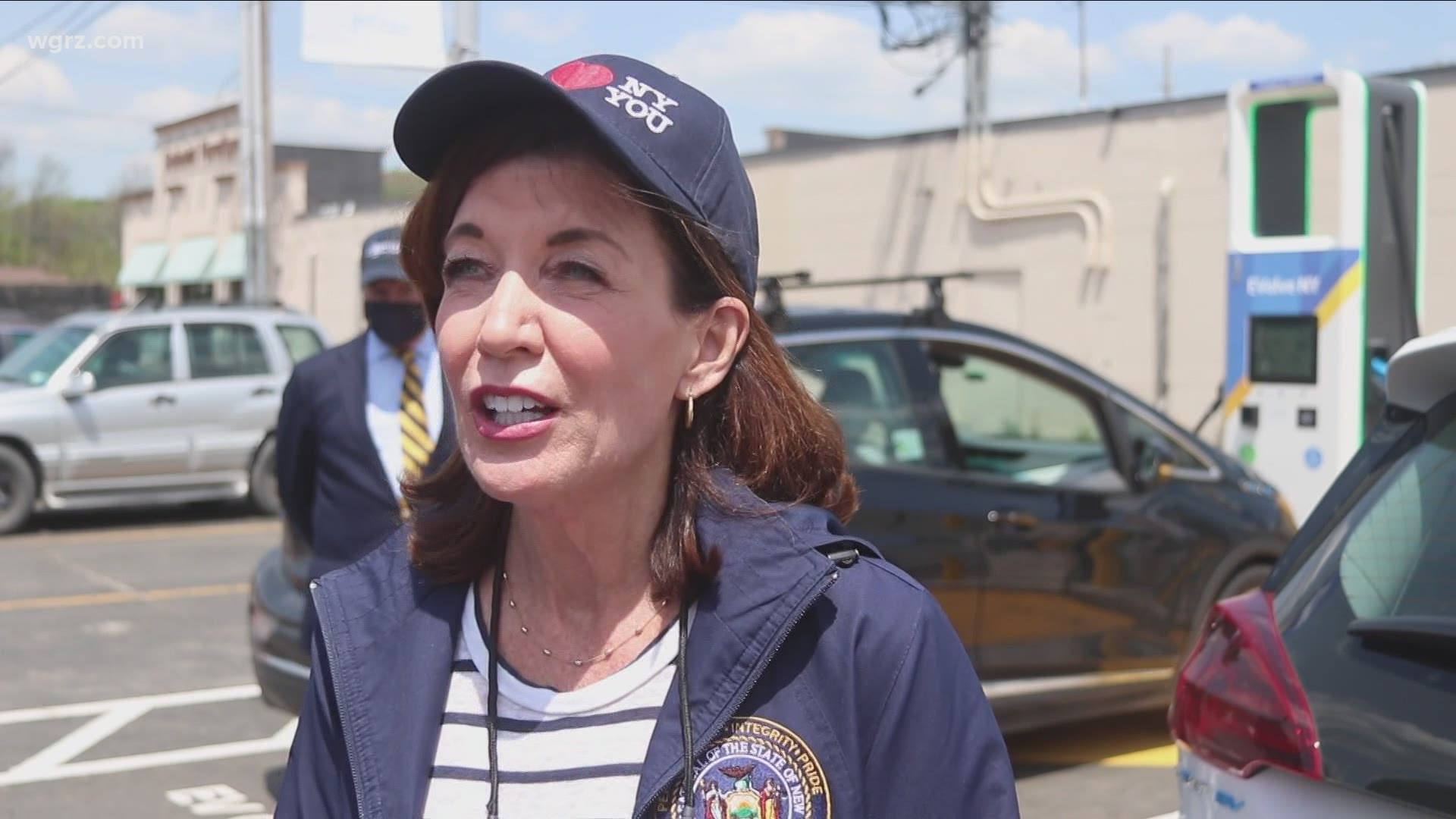 ONEONTA, N.Y. — New York State Lieutenant Governor Kathy Hochul has not spoken to 2 On Your Side, or answered our questions on camera, since late January. It is not as though there is nothing to talk about.

Hochul, a Western New York native, is leading the New York state COVID-19 response for the Western New York region. When the pandemic started, Hochul frequently appeared on our air to answer questions and provide important information. In early 2021, that stopped right as Governor Andrew Cuomo was accused by multiple women of sexual harassment or inappropriate behavior.

Multiple 2 On Your Side requests to Hochul's staff since January have been met with being told she is either not available or will only answer questions that she is emailed. Nothing on camera and nothing in person.

On Tuesday morning, Hochul's staff announced to the press that she would be in attendance at an event unveiling a new High-Speed EV charging Hub in Oneonta, NY. Despite it being four hours from Buffalo, 2 On Your Side's Nate Benson traveled to the event in order to ask questions.

When the event was over, Benson was able to ask Hochul two questions:

Nate Benson: It has been several months since we have been able to talk to you. One thing Western New Yorkers want to know is are you still in charge of the reopening effort in Western New York and if so, why haven't you been at any of the announcements towards reopening?

Lt. Gov. Hochul: I think everyone in Western New York is well aware of the steps we are taking, including tomorrow being the first day where you don't have to wear masks. I have been involved with the control room every single week for our Friday calls, I have been visiting vaccination sites. But I think Western New Yorkers also know that while my heart and my home is in Buffalo, I cover the whole state. I'll be in Brooklyn tomorrow, I'll be in Staten Island, Albany a little later tonight, Saratoga, I'm in Oneonta after being in Utica earlier today. People understand that. I have been proud of my staff and all of the agencies being so responsive to all of the questions that come from your viewers. They have a lot of uncertainty and anxiety about reopening and vaccinations and also we are making sure we get your questions answered just a couple of days ago questions were submitted from viewers to us. We had answers back from all of the state agencies. I'm not the one directing the policy but I can get the answers back and I am monitoring Western New York very closely. Lastly, I want to say I am proud of Western New York. You worked hard, you worked so hard to drive down those numbers We have been the highest in the state for far too long, now we are where we need to be.

Benson was also able to ask Hochul about the allegations against New York Governor Andrew Cuomo.