Dozens of strangers, family, friends and fellow officers gathered at the park where some often visit. "A lot of the officers stop by from time to time myself included" said Buffalo Police Officer Robert Mercurio. 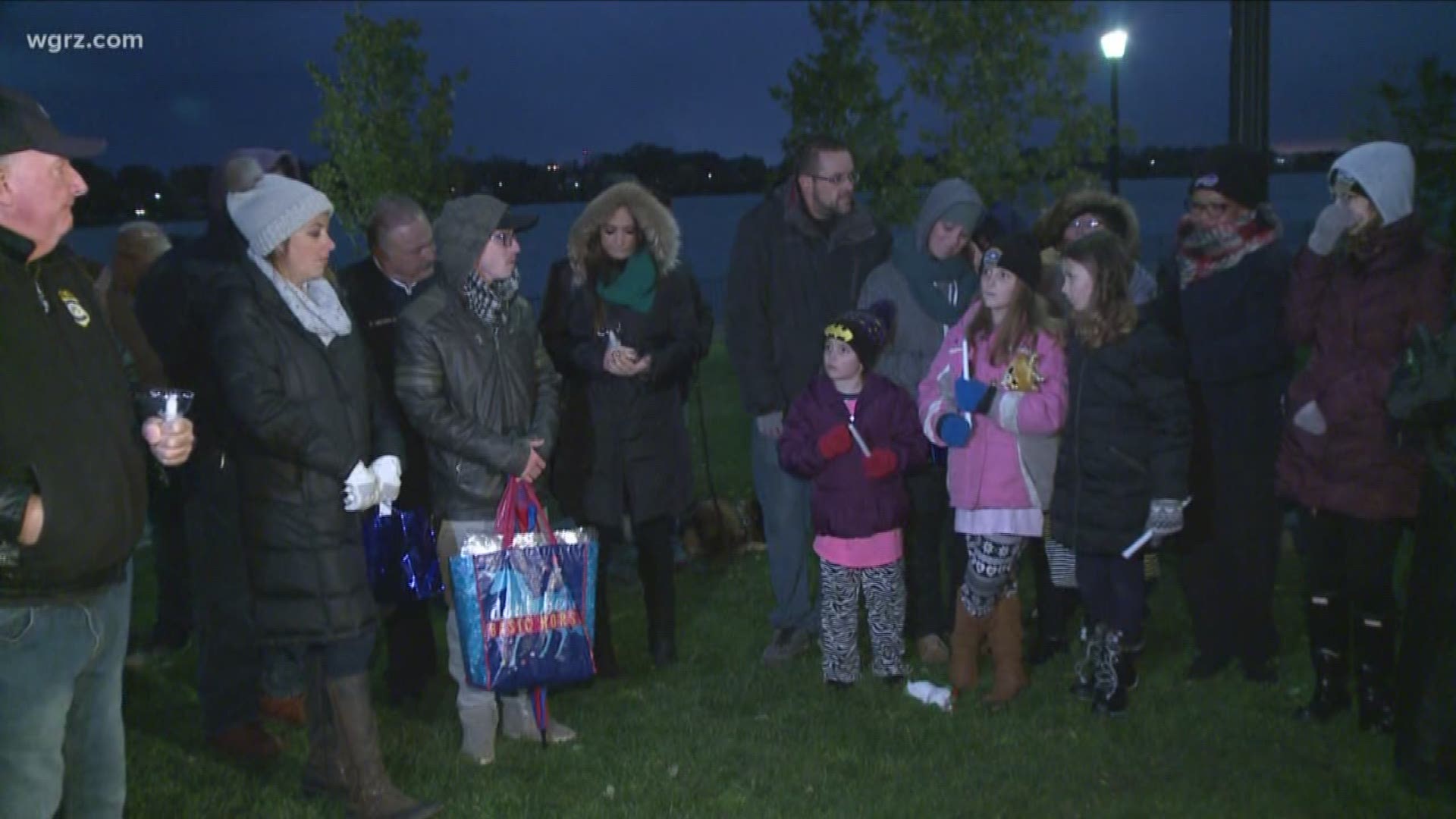 BUFFALO, N.Y. - One year ago Wednesday, Lt. Craig Lehner was found after a tragic dive training exercise on the Niagara River. A candle-lit vigil was held at Broderick Park to remember Lehners life and legacy.

"Even though I didn't know him personally somehow I feel like I did and I wanted to be here to remember him" said Siobhan O'Connor.

Dozens of strangers, family, friends and fellow officers gathered at the park where some often visit. "A lot of the officers stop by from time to time myself included" said Buffalo Police Officer Robert Mercurio.

The group held candles, sang Amazing Grace and shared memories about Lehner and his career.

Though there was a strong show of support Wednesday night, Mercurio who helped organize the vigil said the community support has gone well beyond Wednesdays showing.

At Broderick Park there is a memorial with a special candle that was placed by a fellow Buffalo Police Officer. "That candle is what I brought for a rosary," said BPD Officer David Rodriguez "and it was lit that day and I asked a favor before the rosary if they could find him because it had been a few days and we didn't find him. Later that day they found him."

One year later Rodriguez brought the candle back to the park and despite all of the wind, it remained lit throughout the entire vigil.

"It's still lit that's great and maybe that is a sign ya know" said Rodriguez. "That they are going to keep that lit because Craig is always going to be lit in our hearts and our minds and our memories."