Doughnuts are flying off the racks at Hamburg Tim Hortons in support of the Luca S. Calanni Foundation

Two Hamburg Tim Hortons are quickly running out of dough to make the 'Luca' doughnut, which are being sold to support a foundation in memory of Luca Calanni. 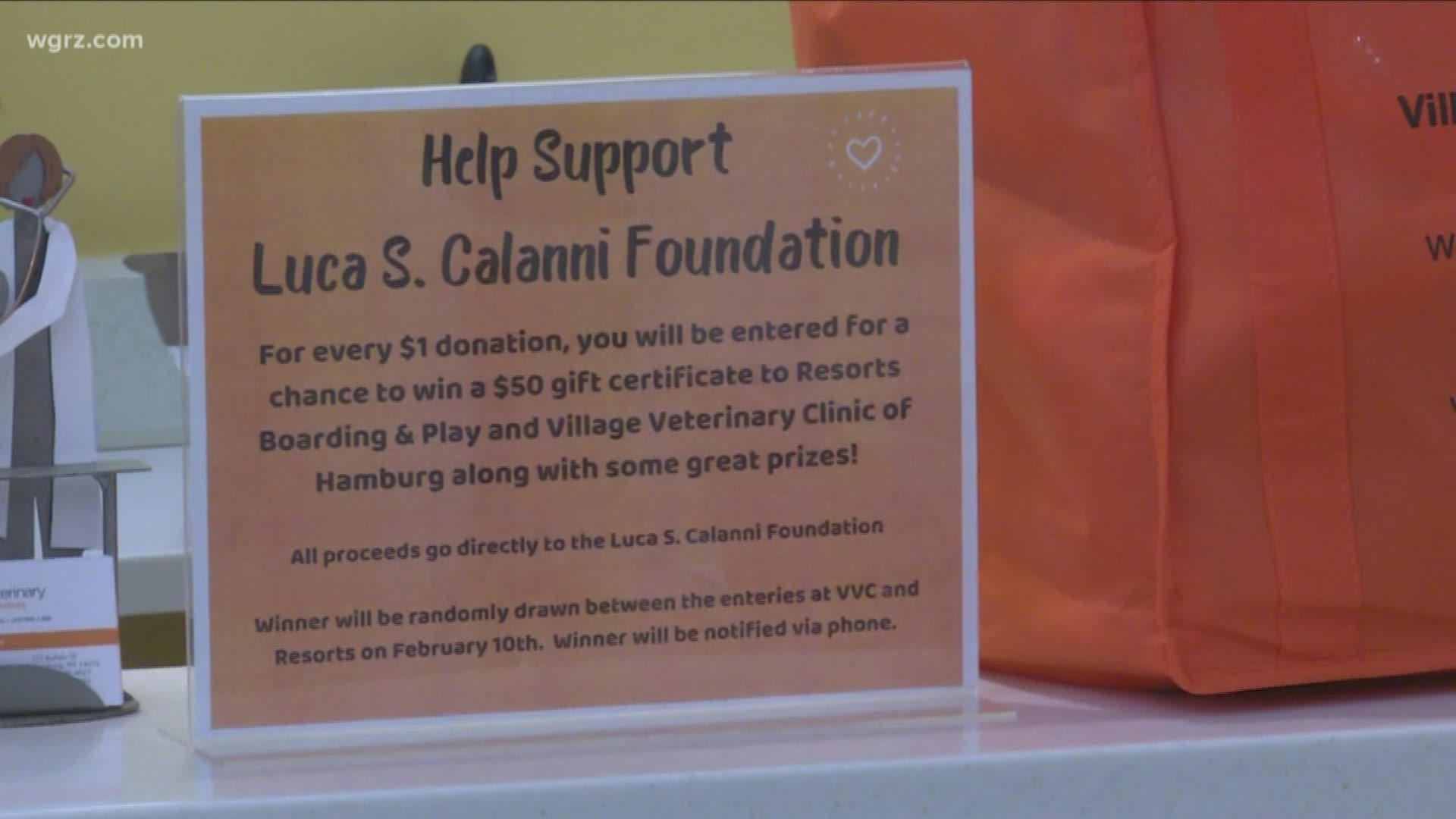 HAMBURG, N.Y. — Doughnuts are flying off the racks at two Hamburg-area Tim Hortons, in a fundraiser to support the foundation in memory of eleven-year-old Luca Calanni. Calanni passed away recently from complications of the flu.

The 5035 Southwestern Boulevard and the 4066 Lake Shore Road Tim Hortons locations have been selling the "Luca" doughnut, an orange-topped offering. The doughnut is available for $1.19, and all proceeds go to the foundation.

Southwestern Boulevard Restaurant Manager Debbie Nappo told 2 On Your Side that they've sold so many doughnuts in the past week, they've even had to get more dough from another store.

Luca's mother, Ashley Calanni, told 2 On Your Side the foundation will help keep her son's memory alive and will help children cross things off their bucket lists.

Nappo says their store alone has already sold over 500 individual donuts, and that does not include donuts sold in the dozen doughnut boxes or the donations they've received. She said some people have come in multiple times, including one woman who came in twice to buy two dozen Luca doughnuts each time, to bring to work for her co-workers.

The doughnuts will be available through Sunday, January 26 - but if you're looking to support this cause you should go soon, because both stores have already sold out once.

RELATED: CDC: Influenza cases are high and will continue to rise