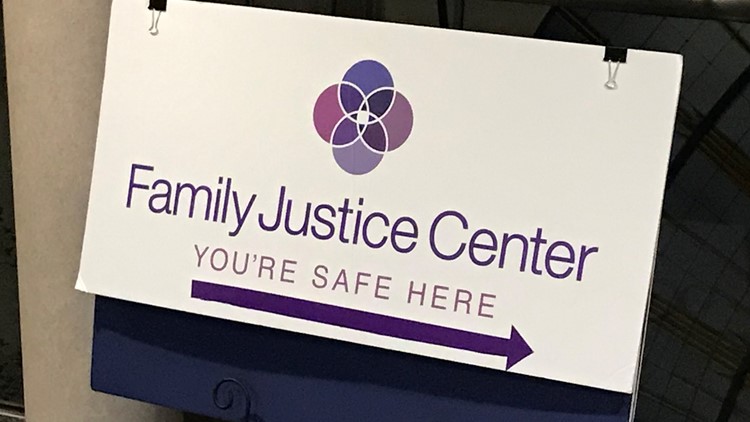 The recent attack outside a City of Tonawanda Tim Hortons is shining a light once again on domestic violence. 2 On Your Side spoke with Mary Murphy of the Family Justice Center of Erie County about the warning signs people should know and what resources are available.

According to the Centers for Disease Control, one in four women and one in seven men are estimated to experience domestic violence. These are only the cases that are reported.

Murphy says abusers all mimic similar behaviors; they start off charming but soon they slowly begin to take control over their victims. The control begins with isolating the victim from their friends and family.

"Always removing them from the network of possible support they're gonna be able to fall back on when the abuse accelerates", she said.

The behavior accelerates to violence but it also includes maintaining financial control and verbal and emotional attacks on the victim. The financial, verbal, and emotional abuse often happens behind closed doors and is less noticeable.

Murphy also says the abuser will use threats against loved ones to maintain control over their target.

"'If you leave you're dead'. Children being used as pawns in these cases, 'I'll kill those kids if you even think about leaving'."

People who decide to leave are encouraged to develop a safety plan. Documenting the abuse and filing a protective order are often part of these plans. Murphy also acknowledges that leaving immediately is not feasible for some victims. At the Family Justice Center, the staff take comprehensive steps to help abuse victims develop a safe means of escape.

"We actually skype with the judges, the attorney referees on the bench at family court right here from the center for emergency orders of protection. We have 5 domestic advocate volunteers who safety plan for our clients."

Murphy also stressed that support from a family or friend is one of the keys to ensuring someone seeks help. Her staff developed a series of videos to help friends and family start the conversation. She says the choice of language is particularly important to ensure the victim doesn't feel more isolated.

She says sentences like these best communicate a feeling of support.

"You don't want to blame the victim but you want them to understand they didn't cause the abuse, they're not responsible for what's going on and they don't deserve it."

Resources from the Family Justice Center can be found here.