Doctors save man at Sabres game

Earlier this month, two doctors happened to be in the right place at the right time to save a man's life at a Sabres game. 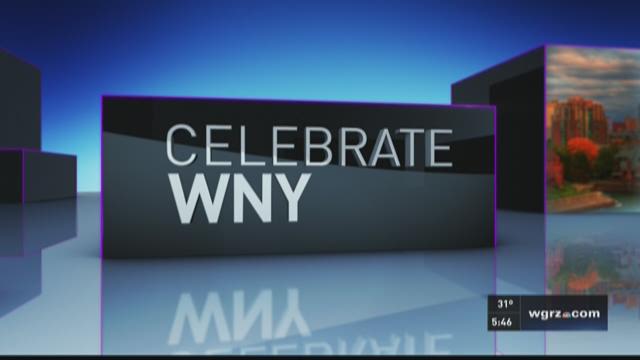 BUFFALO, N.Y. -- Earlier this month, two doctors happened to be in the right place at the right time to save a man's life at a Sabres game.

"It's not that terrible. No, I got no problem," Roger said, pulling up his shirt to show a long scar on his chest from the surgery.

Smart got to the surgery by way of a Sabres game December 1st.

"My buddy Steve calls me up and says, 'Hey. I got two tickets from my boss. They are great seats. You're gonna love 'em," Roger said.

He then explained that after he and his friend arrived at KeyBank Center that Thursday, he started not feeling very well. In fact, he had to stop on his way into the arena. And then he got only a few steps inside the door when "everything goes blank."

"And I go to Steve. Steve's standing next to me; I go, 'Uh-oh.' That's the last thing I said. I hit the floor," Roger said slapping his hands.

A pair of anesthesiology residents, doctors Alex Heleba and Mike Ferrante, were also at the game.

"It was pretty busy when we got there," Mike said.

"We were in the main atrium trying to work our way through the hundreds of people," Alex said.

Mike then said out of the corner of his eye, he noticed someone had fallen down.

"After him not getting up and the person he was with looking a little distressed, I decided to go over and see what was going on," Mike said.

Alex then says: "So one of the girls that we were with ran and grabbed me and mentioned Mike was attending to someone on the ground. So I hustled back and began to help out."

Mike said he then checked Roger's pulse after seeing he was passed out on the ground.

"I didn't have a good one, so I checked near his groin, his femoral pulse, and I didn't have one there either," Mike said.

So the young doctors began CPR.

"After about ten compressions, Alex came in," Mike said.

So they switched off, Mike said, started managing the airway.

"Other people rotated in to do compressions," Mike said.

"So we eventually shocked him twice with the AED," Alex explained. "And by the time he received the second shock he was starting to come to, a little bit."

"The defibrillator is what saved his life, because we can only support his brain with oxygen by pumping his chest for so long," Mike said.

Roger says the next thing he remembers rain falling down on his face and he had a lot of questions.

"I kept saying to the nurses, 'You guys know anything about these two guys who work here? They're residents, or something like that," Roger said. "I go, 'I'd like to see these guys. These guys are my angels. They brought me back.' So I go, 'I need to see them.'"

A week after Roger's surgery, he did meet Alex and Mike for a "rescue reunion" in the ICU. Roger wore his Sabres cap.

"I was surprised how good he looked," Mike said.

And to say Roger is grateful is an understatement.

But 2 On Your Side's Steve Brown had to break it to Roger -- Mike's a Leafs fan from Toronto.