Bishop Michael Fisher says the diocese became aware of the new allegations by 'an action brought pursuant to the Child Victims Act.' 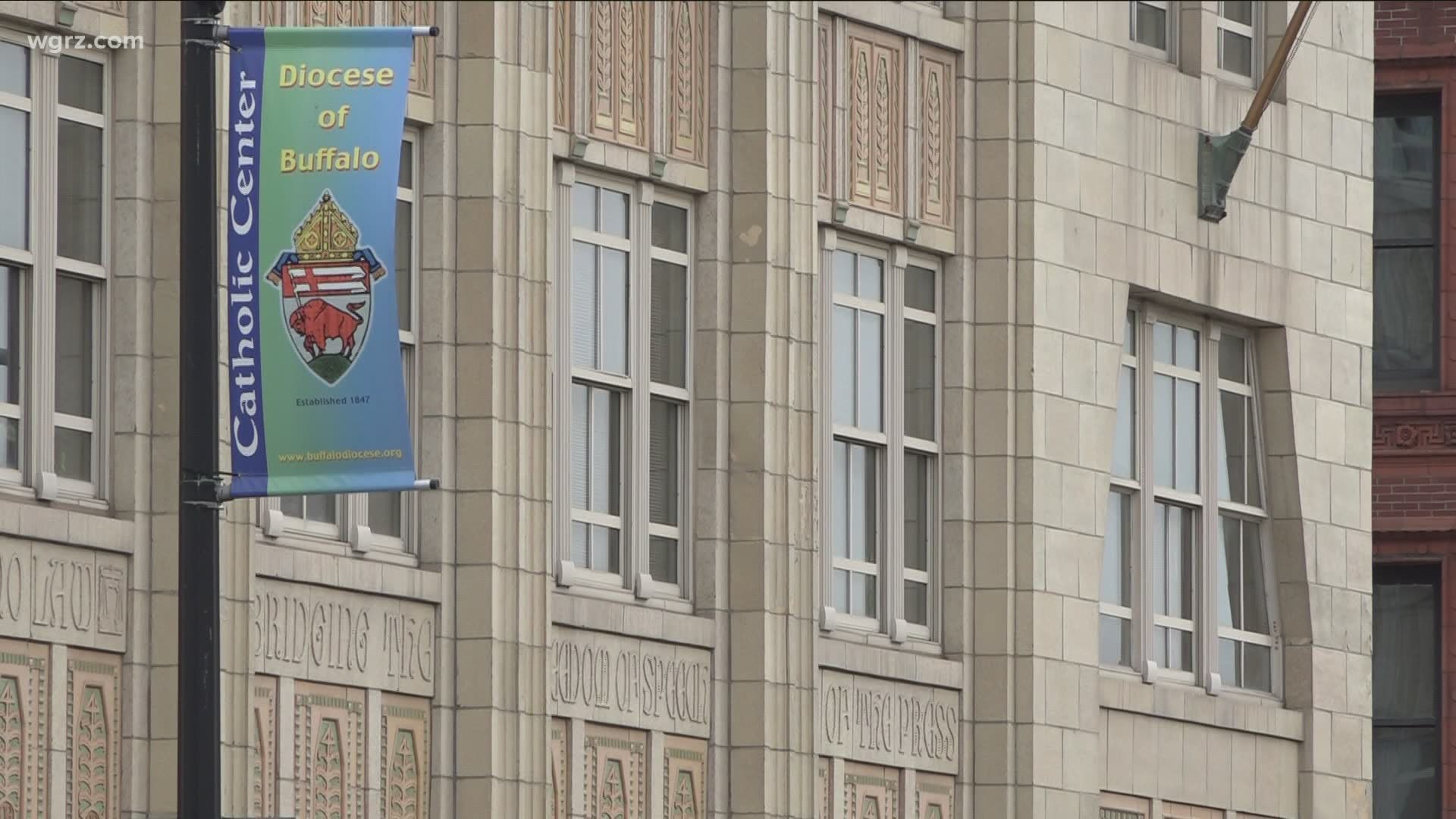 BUFFALO, N.Y. — Three priests from the Catholic Diocese of Buffalo have been placed on administrative leave.

Bishop Michael Fisher says the diocese became aware of the new allegations by "an action brought pursuant to the Child Victims Act." Under this action, an individual alleges that he was abused in the 1990s by three priests while he was a child.

Fr. Adolph Kowalczyk, pastor of Our Lady of the Sacred Heart in Orchard Park; Fr. Mieczyslaw (Matt) Nycz, pastor of SS. Peter and Paul in Williamsville; and Fr. Gregory Dobson, who is retired but assists in various parishes, have all been placed on leave pending an investigation.

According to the diocese, all three priests were confronted about the allegations and say "all of whom deny ever committing any acts of abuse."

In a release to 2 On Your Side the diocese says, "The complaint was brought anonymously and was not served on the diocese but was discovered during a recent search of publicly filed complaints."

In addition, the diocese says it has reached out to the individual's attorney to see if he would be "willing to cooperate with an investigation and provide all relevant details related to the allegations."

The ceremony was attended by friends and family.