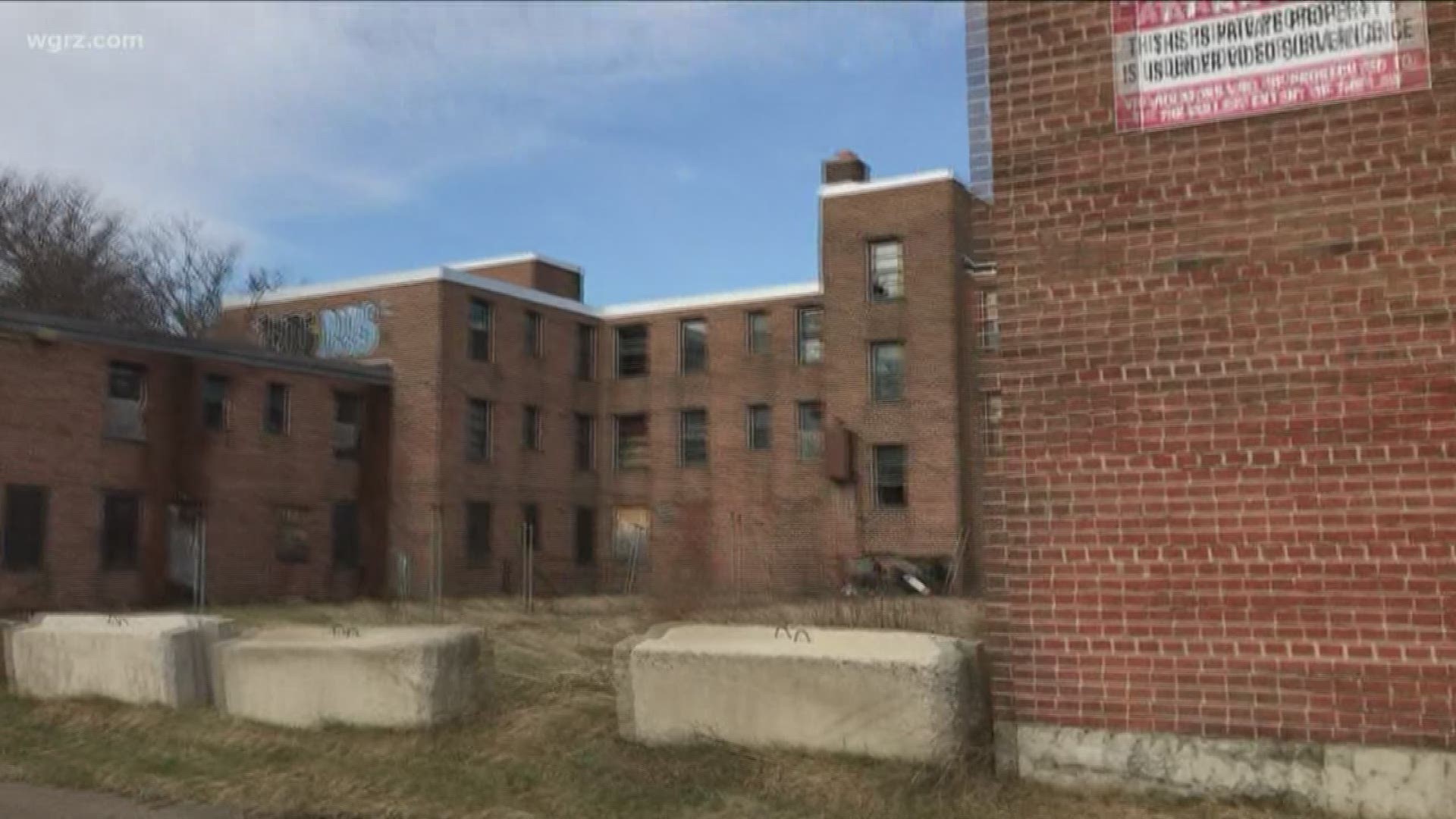 BUFFALO, N.Y. — As housing values go up all around downtown Buffalo, developer Carl Paladino says that is not the case in the First Ward where Perry housing units owned by the Buffalo Municipal Housing Authority (BMHA) are located.

The three-story walk-up housing units are old and vacant.

"That public nuisance, that putrid sick place that we call the Perry projects, which is demeaning to that Old First Ward neighborhood," Paladino said.

Paladino wants the housing units to be replaced with brand new housing.

Gillian Brown, the executive director of the BMHA, told 2 On Your Side the units in question cannot be rehabbed and need to be torn down. When asked how soon, Brown said "I hope not in the not distant future."

Paladino has offered on several occasions to buy the property for $1 and he will foot the costs to demolish the brick buildings and any environmental work that is needed.

"Simply getting it off our backs by selling it to a developer for $1 and letting that developer turn around and make millions of dollars off of it doesn't do anything for the poor people in this city," said Brown.

Brown added, "It is a priority, it has not been forgotten," but work must be done on apartments and buildings that are occupied.

This week the BMHA has an appraisal process underway as they look to develop an authority-wide plan for all of its housing units.