The project will include apartments, commercial space and an extended stay hotel. 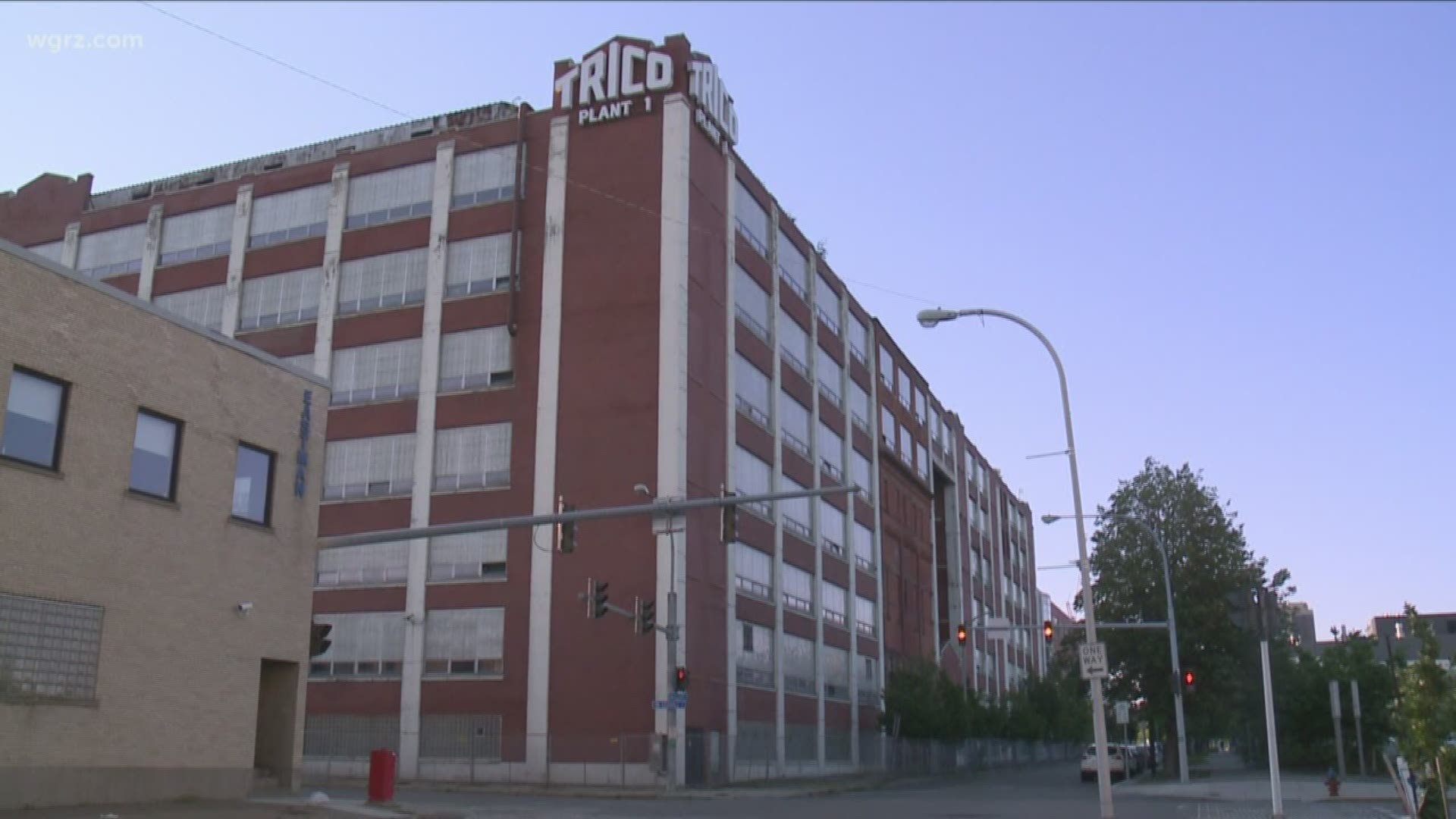 BUFFALO, N.Y. — The Trico building on the Buffalo Niagara Medical Campus in downtown Buffalo — near the Fruit Belt neighborhood — has been empty for a while. A massive redevelopment project is underway, and at least one community activist is cautiously optimistic.

Over the next year, the community will start seeing some dramatic changes at the Trico building. The Krog Group is in the middle of an $80 million redevelopment project to transform it into a massive mixed-use space.

"At first, we were going to redevelop half of it, tear the other half down, and then the historic people were totally against that, and so, we finally came up with a scheme that we could save the whole building by taking out a center portion and creating daylight into the center of the building," said Peter Krog, CEO of The Krog Group.

It will include 135 studio, one-bedroom and two-bedroom market-rate apartments, commercial space, parking within the building for about 250 cars, and 105 hotel rooms.

"Each hotel room will be built more or less like an apartment, so a full kitchen, so a full-size refrigerator so you can cook a meal and grocery shop, and it's made for extended stay living," said David Hart, president and CEO of Hart Hotels.

Veronica Hemphill-Nichols from the Fruit Belt/McCarley Gardens Housing Task Force fought to save the Trico building several years ago. She's happy it's being reused.

"It is on the Medical Campus, and this is where we want the development to be," Hemphill-Nichols said. "You know, I don't want to fight that. They already have that land, so to me it's part of a positive compromise, you know, for something like that."

While the project has come with challenges, developers are confident moving forward.

“We thought we had a complete deal done with the culinary school going there, but when they pulled out, it took us about a year-and-a-half to regroup and redesign the whole interior of the building, but we're very comfortable with the design we have now," Krog said.

The commercial space is expected to open sometime next year. The hotel and apartments should open the year after that.