Citing a Sunday afternoon protest, the Niagara Falls Bridge Commission had recommended the Lewiston-Queenston Bridge for people returning to the United States. 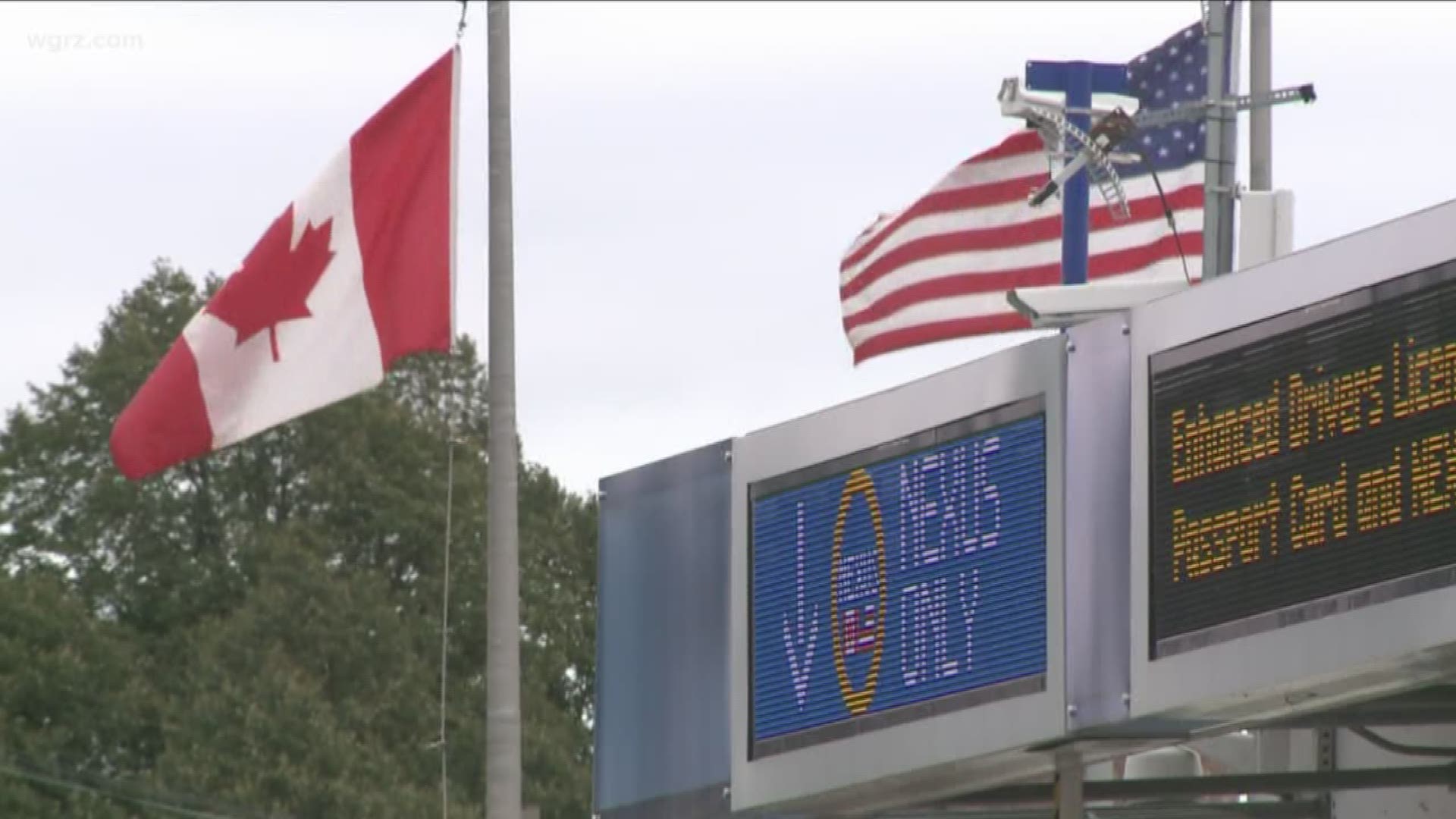 NIAGARA FALLS, N.Y. — The Niagara Falls Bridge Commission and police on Saturday warned of possible delays coming back into the United States on Sunday.

Shortly before 5 p.m. Sunday, NITTEC reported delays of two to three hours there. By 7:30 p.m., NITTEC reported minimal delays at all bridges at all three Western New York bridges to Canada.

The bridge commission had issued a warning of a possible Native American demonstration on the Ontario Highway 420 from 2 p.m. to 4 p.m. The commission said there could be delays for people as they go toward the Rainbow Bridge.

The bridge commission recommended taking the Lewiston-Queenston Bridge instead.

"We anticipate police presence at the entrance to the Rainbow Bridge to ensure the smooth movement of traffic and safety of all, though the demonstration is expected to maintain its usual peaceful standing," the commission said in a statement.