Not all county democratic party chairs want Cuomo out

The governor has faced overwhelming calls to resign from almost every Democratic party chair in the state. 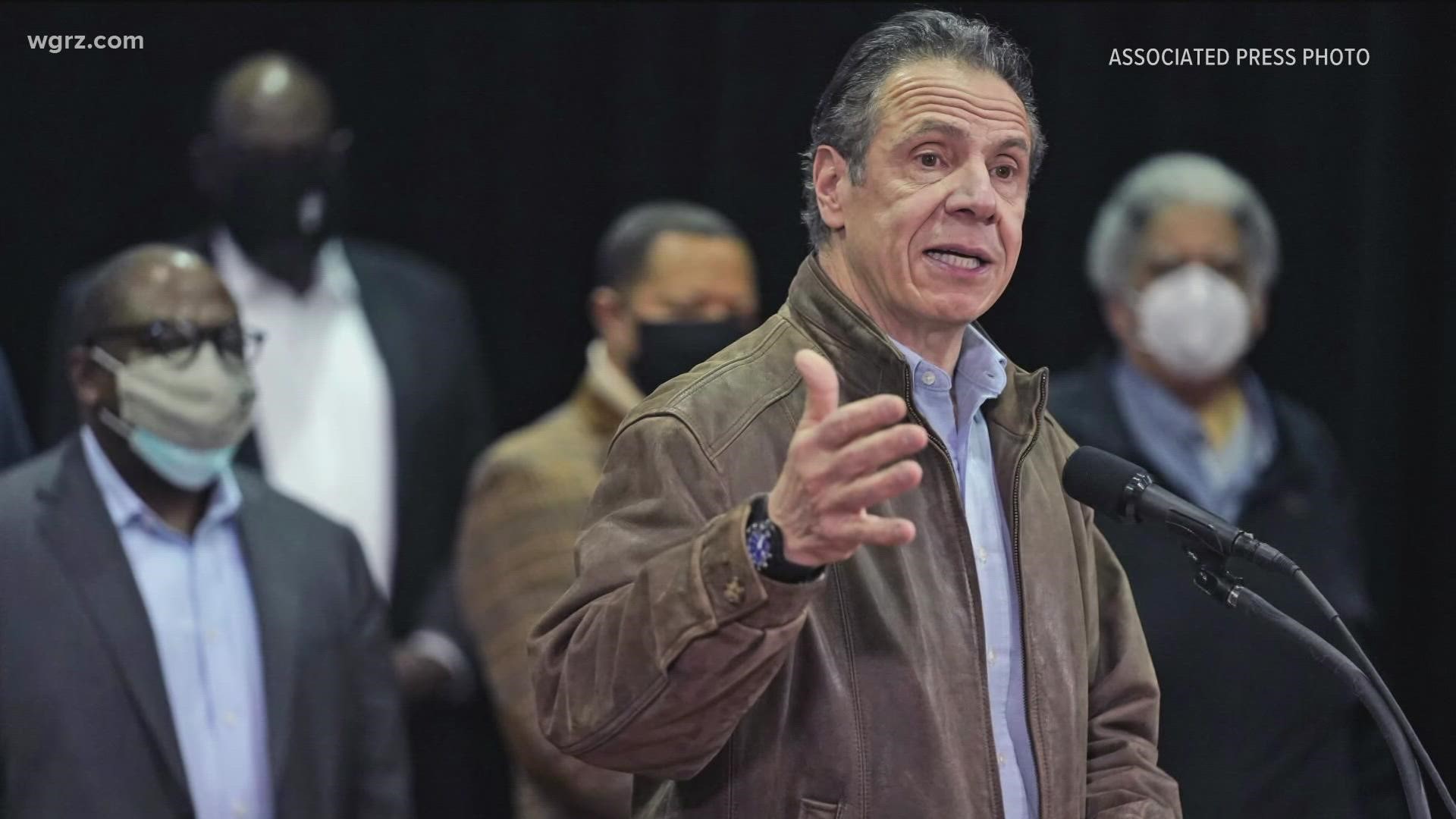 BUFFALO, N.Y. — The Allegany Democratic Party chairman believes in voters and thinks Governor Andrew Cuomo should remain in office, at least for now.

Michael McCormick is just one of 62 New York State Democratic party chairs, but he is one of a few not calling for the governor to immediately resign.

At last check, there were over 50 chairpersons calling Cuomo to step aside.

McCormick said about Cuomo, "I think he should stay seated until his term expires." When asked why he said, "in 2018 they (the voters) thought he was doing a good job with 60% of the voters voting for him."

He admitted a split on the issue with members of his committee.

"I know these allegations he's facing are serious and offensive, but I think in all fairness he should have a chance to answer to them."

The following statement is posted on the county's website calling for supporting truth and justice.

The values of our county committee, and by extension our party, are simple -- opportunity, equality, and fairness under the law for all people. We are finally in an era where women are encouraged and supported when they speak up about sexual harassment. In all instances, we wish to see the law upheld and justice is done.

As regards the accusations against Governor Cuomo, we support Attorney General James' investigation and trust it will uncover the truth and lead to justice.
As regards the admitted sexual misconduct by Rep. Tom Reed, we believe the House Ethics Committee must follow its charter and launch an investigation immediately.
In both cases, we stand for truth and justice. If these men are guilty, they must not be allowed to remain in public office.