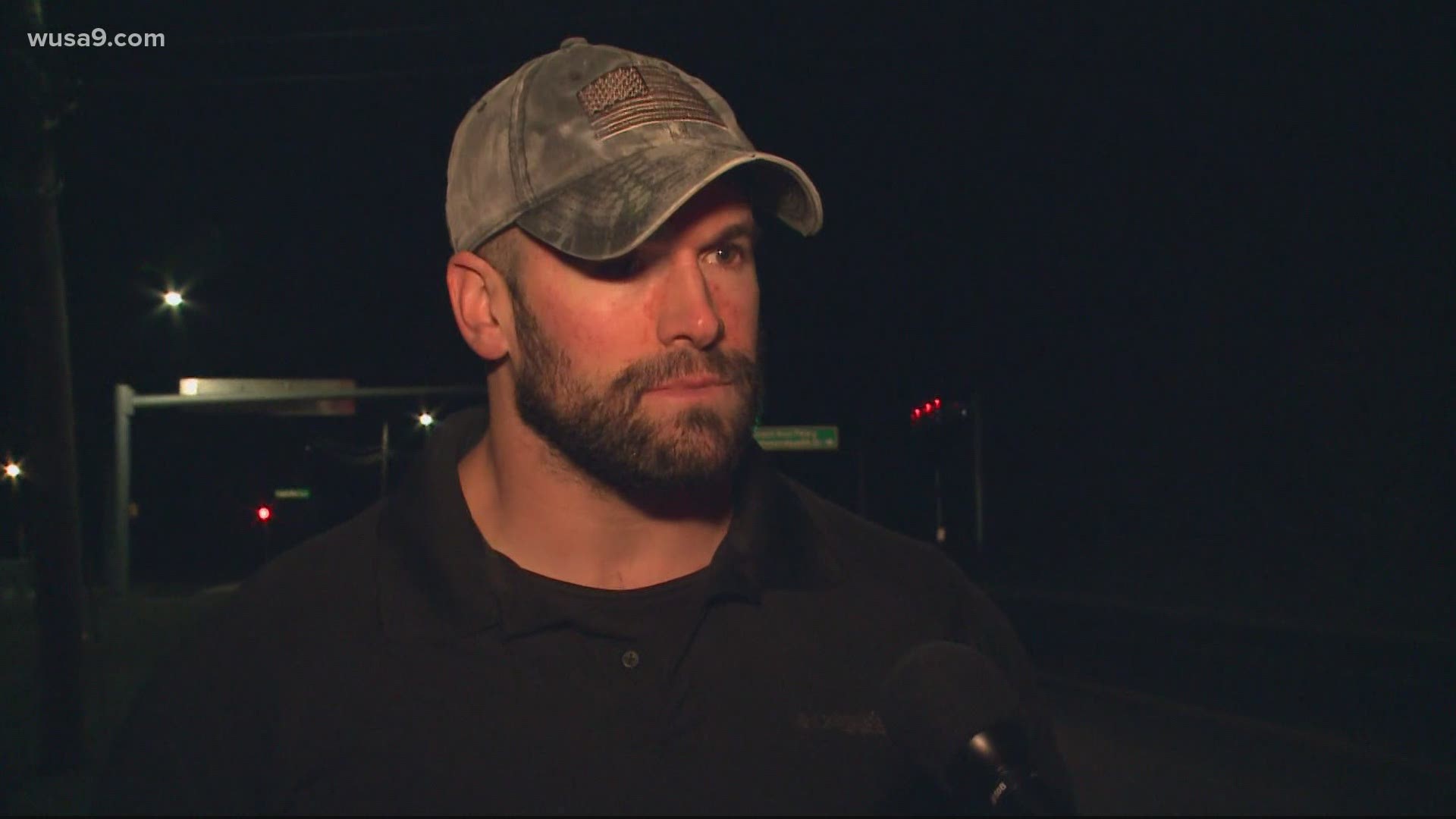 WASHINGTON — A Virginia man with an unauthorized credential was arrested Friday by US Capitol Police with an unregistered gun and more than 500 rounds of unregistered ammo at an inauguration checkpoint, according to a police report filed by the Metropolitan Police Department (DC Police).

Beeler reportedly was stopped by Capitol Police at the N. Capitol Street and E Street, Northeast, police checkpoint. This is where police checked his vehicle after he presented a security credential that was not valid, the police report and charging documents show.

According to the police report, Beeler's unregistered gun and ammo were a Glock 9 mm and 509 rounds for that gun's bullet caliber. 21 shotgun shells for a 12 gauge shotgun were collected into evidence. The report did not include an actual shotgun on the evidence list.

Charging documents share that police noticed Beeler's truck had pro-gun decals when he presented his credential when at the checkpoint.

Beeler, 31, said he was sorry for what happened, adding that it was not intentional when he spoke to WUSA9 in front of his Front Royal home.

Beeler told WUSA9's Kolbie Satterfield that he was supposed to be working security for the inauguration and that he forgot to take the gun and ammo out of his truck before reporting to work near the Capitol.

"I have nothing to hide. I'm not a terrorist of any kind," said Beeler. "I forgot my firearm was in the truck and I went to do an unarmed security job in front of the Capitol because I thought I was protecting something and being a part of something that needed to be done (help protect the Capitol)."

UPDATE - I just spoke with Wesley Beeler, the man arrested at inauguration check point, he says it was an accident and that he is sorry. He says he was working security and forgot to take his gun out of his truck. Full story coming soon. @wusa9 https://t.co/QQJU39joh8 pic.twitter.com/8O8zAM96US

Beeler was charged with carrying a pistol without a license. His attorney did not immediately respond to a request for comment, according to The Associated Press.

While police said Beeler's gun is unregistered in DC, Beeler told WUSA9 that he is licensed to carry a firearm in Virginia.

Beeler told WUSA9 that he had already worked multiple times for MVP Protective Services at the US Capitol and National Mall area starting on Jan. 8. He added that the badge that was initially given to him had very few details.

Beeler said he had no issues the last few days he had worked, but that things changed on Friday with further security put in place by DC and federal officials.

“The moment they said they were going to search with the K9 (unit). I remembered that it (gun and ammo) was in the vehicle. You know, I was in such a rush that day, and I was really nervous. I was, I really was, because I know there's different laws. I don't know what the laws are in DC. Because I am from Virginia -- you know -- everything is different here. But I did, I did get really nervous," said Beeler outside of his home.

"I've been there for six days already. I took a day off and was coming back yesterday, I forgot that I had my firearm because it's something that I usually carry around with me in Virginia because I am a licensed carrier, and I do have training with it, being in corrections and you know some different branches law enforcement security and stuff."

Checkpoints in DC have been set up around an "inauguration perimeter" that DC officials and its federal partners have created for Inauguration Day on Wednesday.

The Capitol riot on Jan. 6 played a huge role in the size of the perimeter and the amount of police and military forces that have been present in the District over the last two weeks.

Transportation and lodging in the District have also been limited.

WMATA has closed 13 Metrorail stops and Airbnb shared last week that it was canceling reservations. Both moves were to limit people coming from out of town to Washington for the Inauguration amid the Capitol riot violence.

Learn more about Inauguration Day and the Capitol riot in our stories below:

RELATED: LIST: Here's what is closed and restricted for inauguration events in DC