The forged fragments were removed from displays. 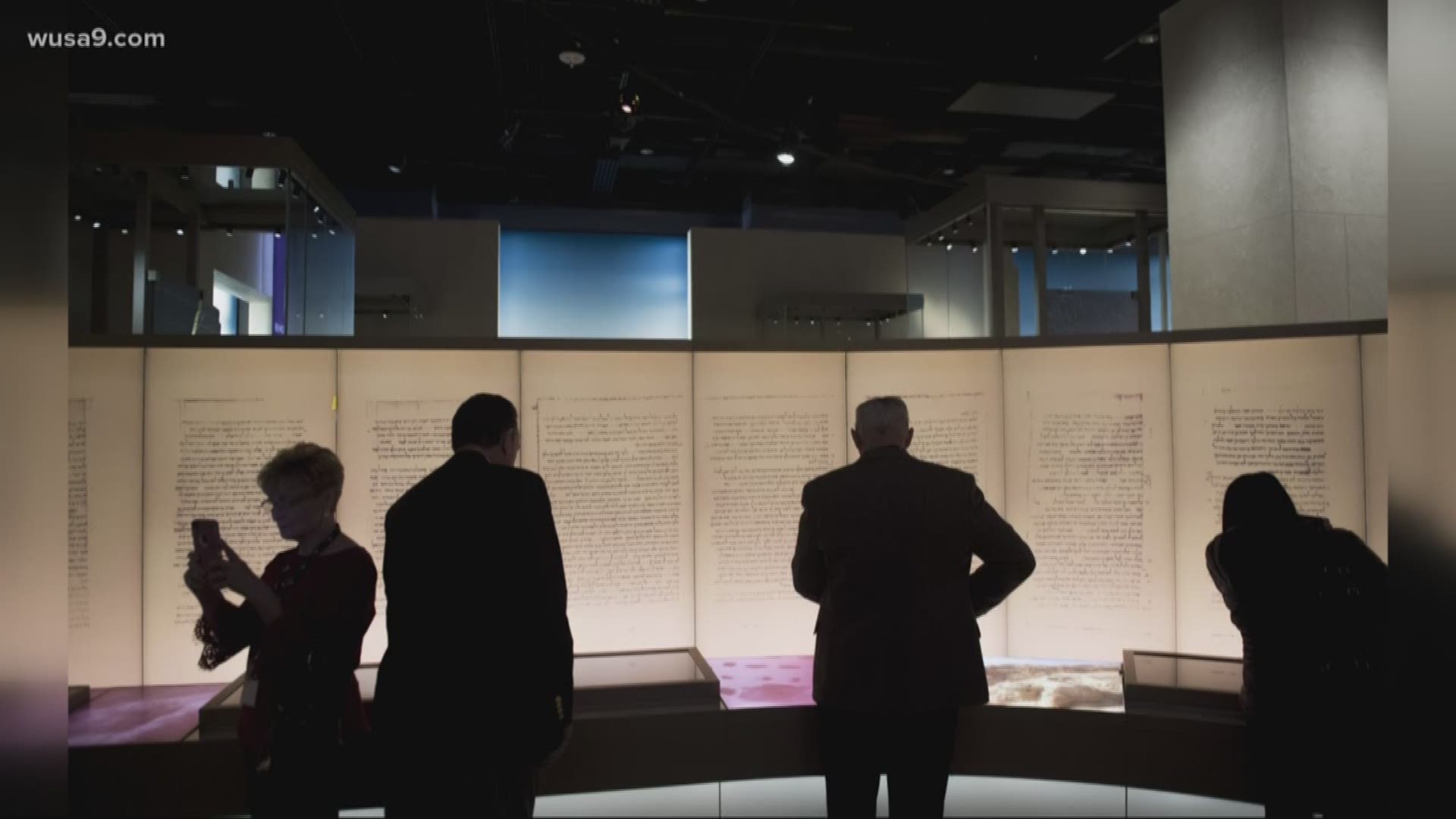 WASHINGTON -- D.C.’s Museum of the Bible made an announcement Monday about five of their artifacts kept at the museum: They’re fakes.

The artifacts in question were fragments of the Dead Sea Scrolls and on Monday, the museum announced that analysis of five of its 16 fragments revealed that they were not authentic.

The Dead Sea Scrolls are ancient religious texts, mostly written in Hebrew, which were found in the Qumran Caves near the Dead Sea.

RELATED: Museum of the Bible opens in DC

According to Dr. Jeffrey Kloha, Ph.D., chief curatorial officer for Museum of the Bible, the findings come after several scholars worked on museum-sponsored volumes on the fragments.

Kloha said Monday that one scholar, Dr. Kipp Davis, alongside other scholars, raised questions about the accuracy of the fragments after noting unusual symbols and markings on the fragments.

The museum funded further research by Davis, who wrote in 2017 that he found evidence that there’s “high probability that at least seven fragments in the museum's Dead Sea Scrolls collection are modern forgeries, but conclusions on the status of the remaining fragments are still forthcoming," according to a museum statement.

And on Monday, Davis’ suspicions were confirmed in part when analysis by a German-based company BAM, which examined "ink, sediment layers and chemical nature" of the fragments, revealed them to be forgeries, the statement said.

As of Monday, the five fragments previously on display since the museum’s opening were removed and replaced with fragments still undergoing testing.

The museum, which opened in 2017, has kept documentation of its collection, including a page on its website that explains the origin of their artifacts.

On its website, the museum explains the research done by Davis and others that has raised questions about the fragments. They were obtained between 2009 and 2014 by President of Hobby Lobby and Board Chairman Steven Green and purchased in “good faith,” Kloha said.

It is unknown where the fragments were found, the website says. But, when questions were raised, the museum began investigating.

“This is a new museum, but not a new museum problem,” Kloha explained of examining accuracies in artifacts.

To date, Kloha said they haven’t had questions about any other parts of their collection.

Most other recovered Dead Sea Scroll fragments are kept at museums in Israel.

Since opening in November, the museum has raised some questions about the authenticity of their artifacts, with scholars accusing the museum of smuggling forgeries.

RELATED: Hobby Lobby's smuggled artifacts being sent back to Iraq

In May, Hobby Lobby was fined and forced to send back artifacts smuggled out of Iraq. USA Today reported that, although Hobby Lobby is a major financial-backer for the museum, the museum said these smuggled artifacts were not meant for their displays.

The museum took about five years to curate and features around 1,000 artifacts.