Lafayette Square near the White House reopens to the public

Fencing still surrounds the square named after the American Revolutionary War hero, but entryways on the northern side of the park were quietly opened to the public. 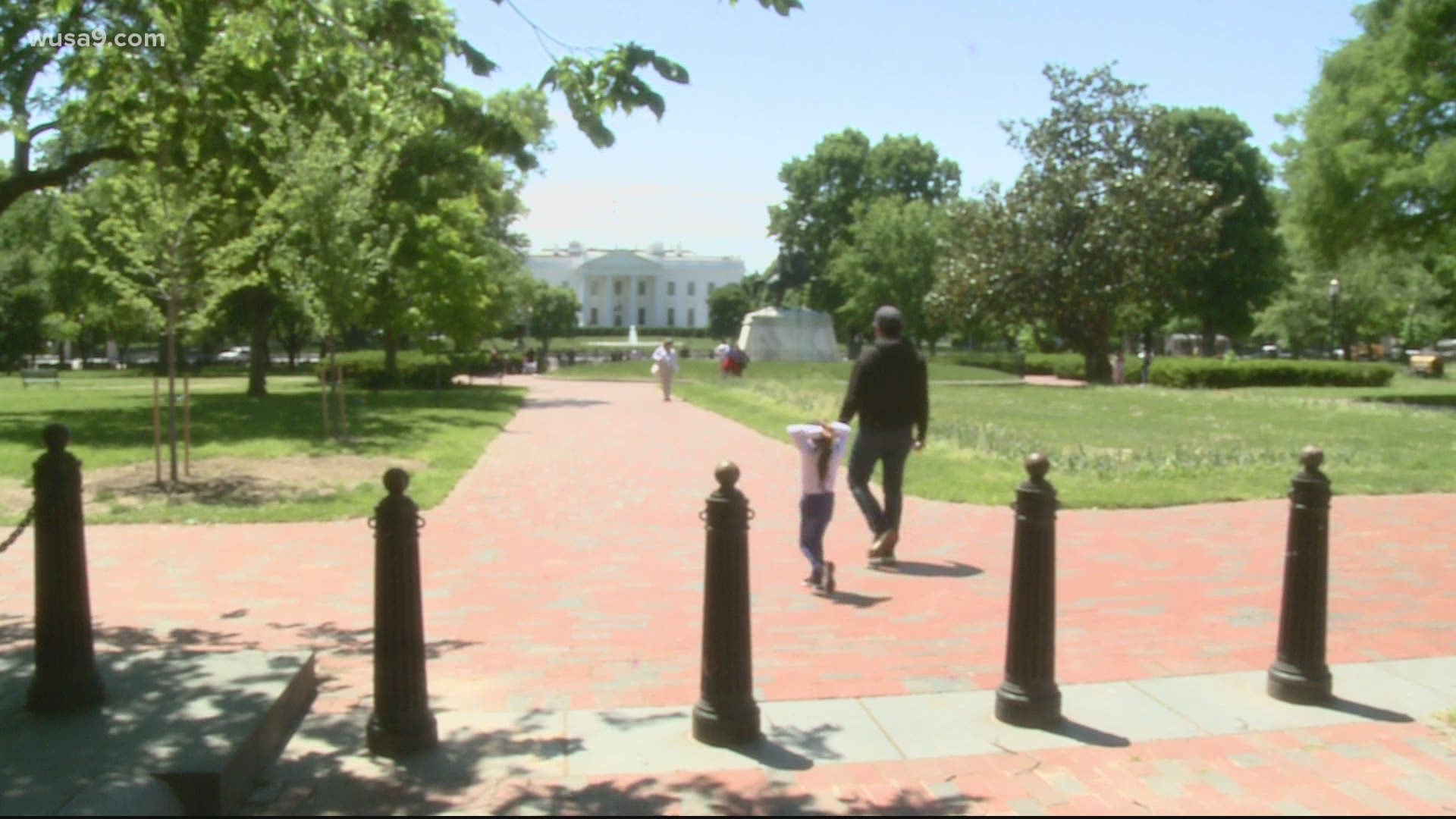 WASHINGTON — Lafayette Square, the park across from the White House, reopened Monday to the public nearly a year after federal authorities fenced off the area at the height of nationwide protests over policing following the killing of George Floyd in Minneapolis.

The square, which offers perhaps the best view of the White House to the public, was closed after U.S. Park Police officers last June forcefully dispersed protesters who had gathered near the White House.

The protesters were ejected from the square shortly before then-President Donald Trump walked across the park to stand near St. John’s Church to pose before cameras holding a Bible. The church had been damaged the night before Trump’s photo-op when a fire was set in the basement of the building during protests.

RELATED: 'It is a new day' | Fencing removed from around historic St. John's Church after 8 months

Fencing still surrounds the square named after the American Revolutionary War hero, but entryways on the northern side of the park were quietly opened to the public on Monday morning.

The U.S. Secret Service did not immediately respond to a request for comment about the park, but officers near the park confirmed that it had been opened to the public.

Lafayette Square has long been one of the nation’s most prominent venues for demonstrations.

Derek Chauvin, 45, the white Minneapolis police officer who was caught on video kneeling on the neck of Floyd for more than nine minutes, was convicted last month of second-degree unintentional murder, third-degree murder and second-degree manslaughter for the death of Floyd, who was Black.

The Justice Department last week announced that Chauvin and three other former Minneapolis officers were indicted by a federal grand jury on charges of violating the civil rights of Floyd.

RELATED: As protests continue, fences outside the White House get taller