Acting Police Chief Robert Contee joined DC Police in 1989 and he's been with the department ever since. But he wants to be a different kind of leader. 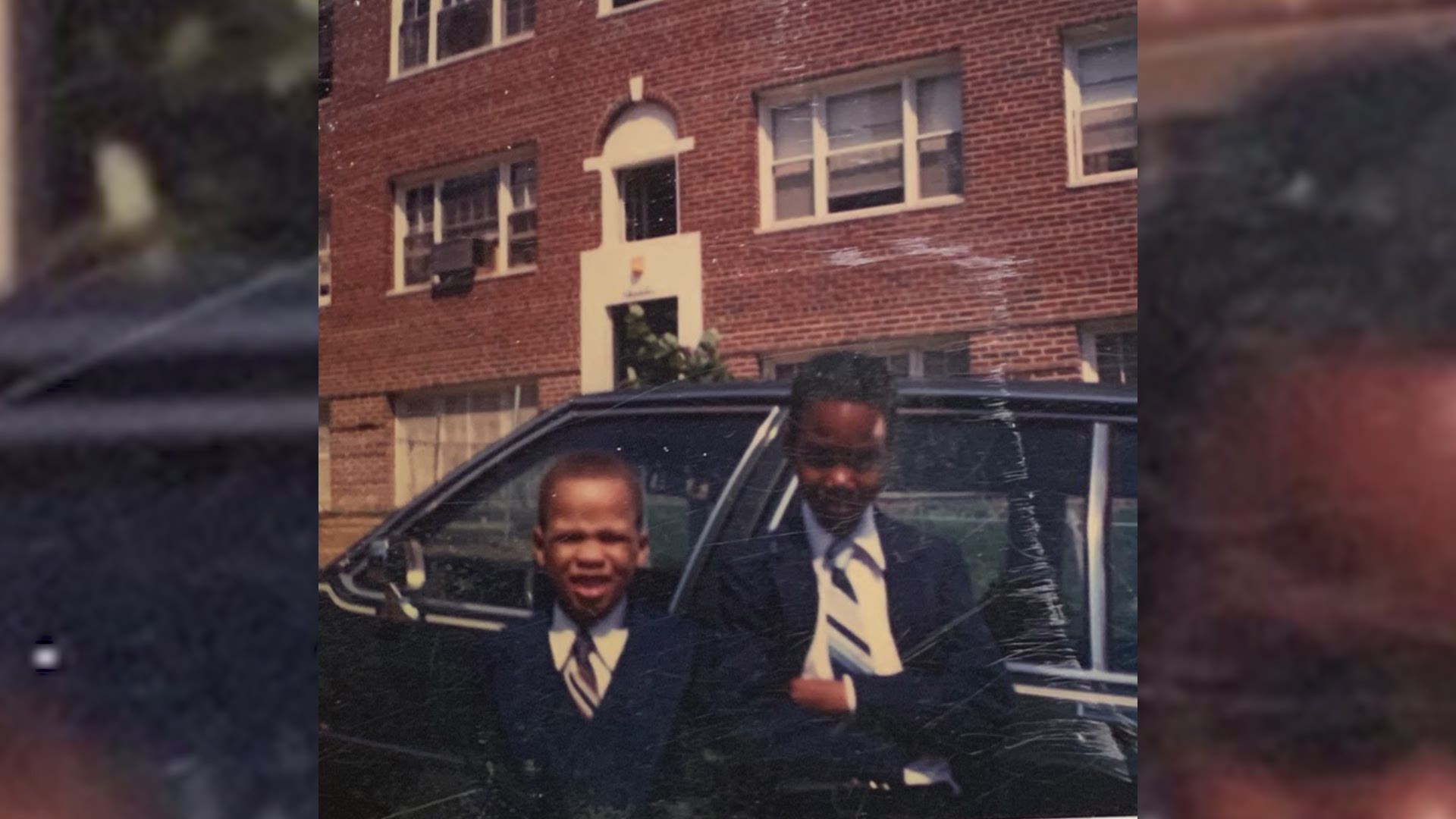 WASHINGTON — D.C.’s acting Police Chief Robert Contee has experienced some of the worst things in life in the city he calls home. Contee came of age in the District during the '80s crack epidemic, a time when terror and violence reigned, and the city regularly reported 400+ murders a year.

Now, as a 31-year veteran of the department he currently leads, he wants to partner with the community in new ways and be a different kind of crime fighter -- doing the hard work to restore trust and save lives. But he's not afraid to let those formative years frame how he’ll tackle the violence that persists today.

Before he embarked upon a decades-long career in law enforcement, acting Chief Contee tried his hands at being a golf caddy. Two months after he was sworn into his newest role with DC Police, he took WUSA9 on a trip back to the place he calls home: D.C.’s Carver Terrace neighborhood in Northeast.

On a pristine day, he looked across the street at the Langston Golf Course, located off Benning Road at the end of the D.C. Street Car Line and reminisced about his younger days, when he could look out on the historic 18-hole course named for John Mercer Langston, the first African American elected into public office.

“I used to go over here and caddy to make a lil money,” Contee said. “I wasn’t very good at that, which is probably why I decided to go to the police department.”

Even then, everyone knew the young Contee was destined for great things. But the student voted most dependable, most intellectual and most likely to succeed knew he’d have to leave the trappings of his neighborhood to live up to those predictions. So, he signed up to become a police cadet in 1989 while he was a senior at Spingarn High School.

“It provided a financial opportunity as a young man growing up in this neighborhood in Carver Terrace," the acting police chief said. "I wanted a change of scenery."

Stepping out of a police cruiser, something familiar drew Contee's eye. A memorial, with teddy bears, for someone whose life story came to an abrupt end was set up outside an apartment building.

“It’s a reminder of the neighborhood that I come from," Contee said. "Another life lost, you know, tragically. I saw a lot of that on this block.

Contee said the pandemic brought a one-two punch. Lockdowns made petty disputes worse, causing a lot of D.C.’s current violence, while distance made it more difficult to deter crime.

“I think that the way that you get it done, is you get everybody involved in the effort," Contee said. "For so many years when we talk about crime and so many issues in the community, it’s just rested on the police department.

The acting chief said the city cannot arrest its way out of situations. He believes there has to be a stronger way to build relationships, starting with treating those engagements like deposits into a community bank.

“You just can’t be, you know, every time you show up, you’re looking to take away, withdrawing – you’re locking somebody up," Contee said. "You have to make those investments, and who knows how many lives are changed as a result of that."

RELATED: 'The pandemic is catastrophic' | DC activists say COVID is exacerbating violence as they work to prevent more deaths

As a father of two, Contee -- who said he feels the loss of every D.C. resident personally -- wants to create a new kind of ecosystem, where the police and community work in tandem to stop crime before it starts. He wants the public's input and help in solving these vicious crimes when they do happen, to make the city safer for all.

It's the teenagers, who the community can see veering off track, but don't get the help they need, that really get to Contee.

"I could have been one of those kids, but for opportunity, but for people investing in me," Contee said. "You know, that made the difference. I think every kid in this city should have that opportunity to make their fair shot and take it."

Contee said when lawbreakers are caught, there has to be accountability in order to stop the cycle, whether it’s gun violence or other violent crime on the rise – like carjackings.

“Most recently, we had a guy who had a medical emergency who died behind the wheel of his car," Contee shared. "And someone pulled him from the car, and took his vehicle. You know, left him on the side of the road like he was garbage. I think that’s unacceptable.”

The acting chief is no stranger to violence, which touched his own family years ago. Back when Contee was the 6D commander, he was in a crime briefing when the phone rang. But that time, it was personal -- it was about his dad.

“He was on his way to work, and while on the way, somebody randomly stabbed him in his back – punctured his lung,” Contee said.

His father survived -- both the stabbing and drug addiction, too.

“There would be times where I know he was selling drugs out of the apartment that we lived in," Contee said. "And sometimes when he got to the point that he began to abuse drugs, he bought them right off this very street right here."

This very street was the street where Contee grew up with the majority of his family. His mother’s five sisters all lived on the block. He could see his grandmother as he walked to the store. Every day was like a family reunion.

Contee said he knows that not everyone will look at the department he leads, or even him, and believe in the promise of a new day. He’s heard the calls to defund the police and worries that might impact their ability to meet growing demands, to do more from neighborhood engagement or even defend the Capitol. 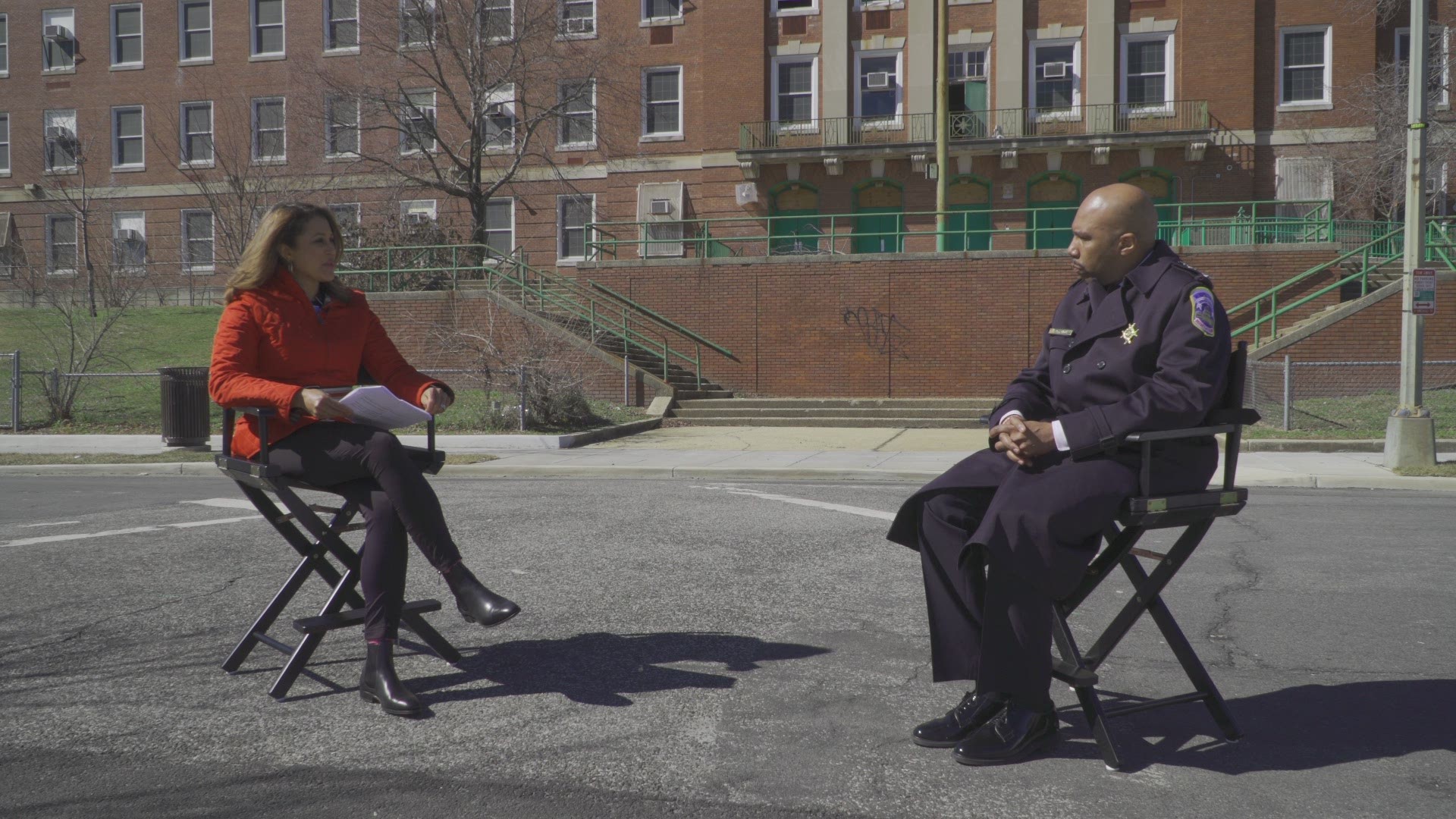 For Contee, calls to "defund the police" transport him back to his earliest days on the force, and the department was operating at a deficit.

"We were not well trained as an agency,  we had very high instances of use of force, we had corruption within the ranks," he recalled. "Those are the things that I hear, when I hear 'defund,' because it means we’re not going to properly give the agency what it needs to do the work that needs to be done."

But Contee hopes that he’ll be given a chance to earn the respect of even his detractors with his actions, and his renewed commitment to building a city safe for everyone.

“There’s a young man at the helm who is from this city, who’s experienced the worst things that one could experience in this city, who’s empathetic, who’s compassionate, who’s also very focused," Contee said. "I have been all my life, focused, so that people in our community are safe.”