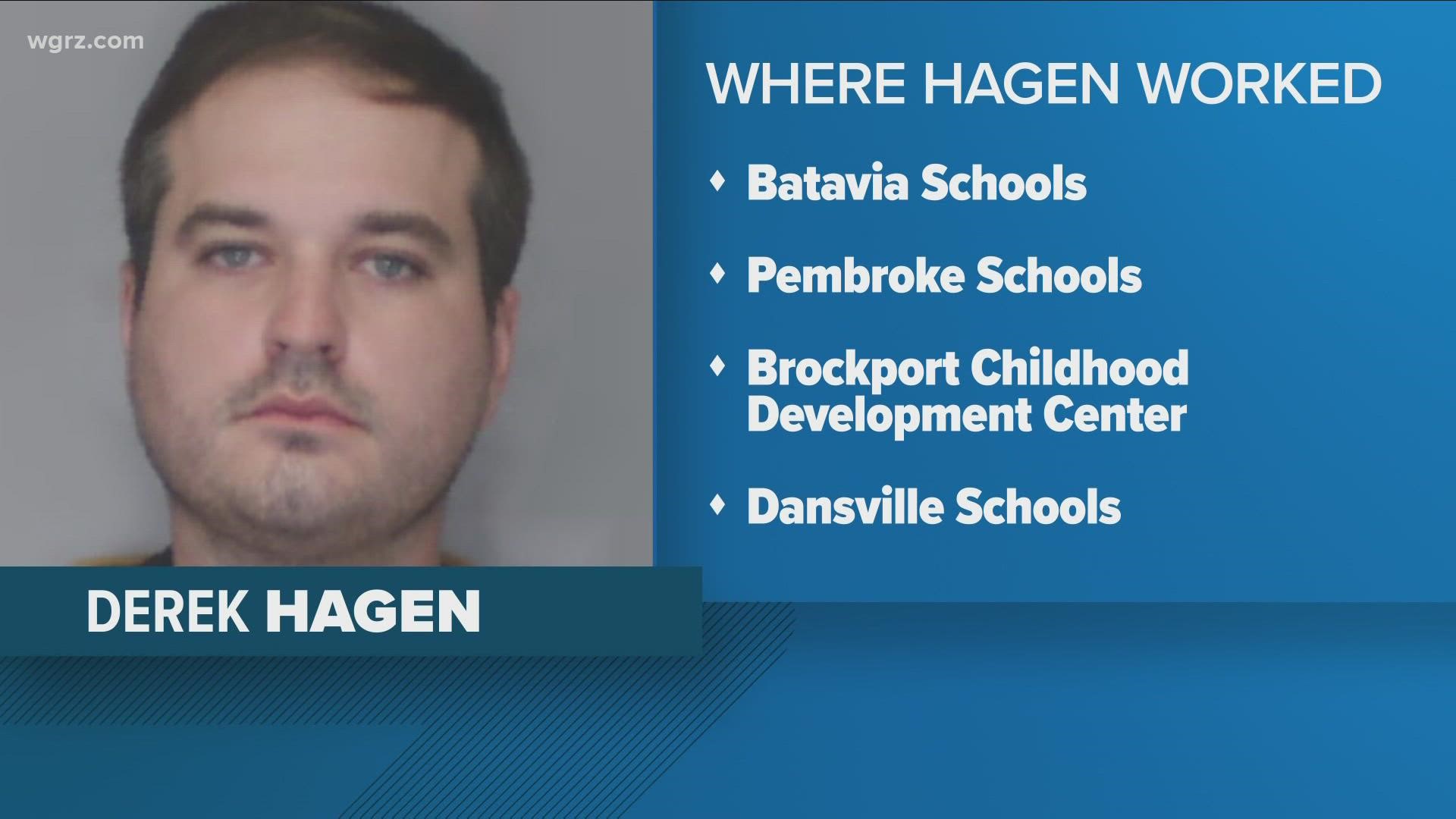 ROCHESTER, N.Y. — A Batavia man, who was most recently teaching in the Dansville Central School District, is facing multiple child pornography charges.

Hagen has worked in several other teaching, substitute teaching and child-care positions including at the Brockport Childhood Development Center, the Batavia City School District and the Pembroke School District.

In July of 2021, investigators confiscated two computers and a cell phone from Hagen's apartment in Mt. Morris. A forensic analysis discovered a pattern of child exploitation activity on the devices that included Hagen allegedly producing and distributing child pornography in online chats.

So far, analysts say they have recovered some 50,000 images and videos on Hagen's devices.

The charges against Hagen were announced on Wednesday.

The U.S. Attorney's Office is asking members of the public who may have information related to this case to contact Homeland Security Investigations at (716) 464-6070, or to contact them by email.

A teacher, Derek Hagen, 29, of Batavia, NY is charged with producing, receiving, distributing, and possessing child pornography. Anyone with information related to this case are asked to contact Homeland Security Investigations (716) 464-6070. More details at 5 on Channel 2 @WGRZ pic.twitter.com/MmCFBdufmH