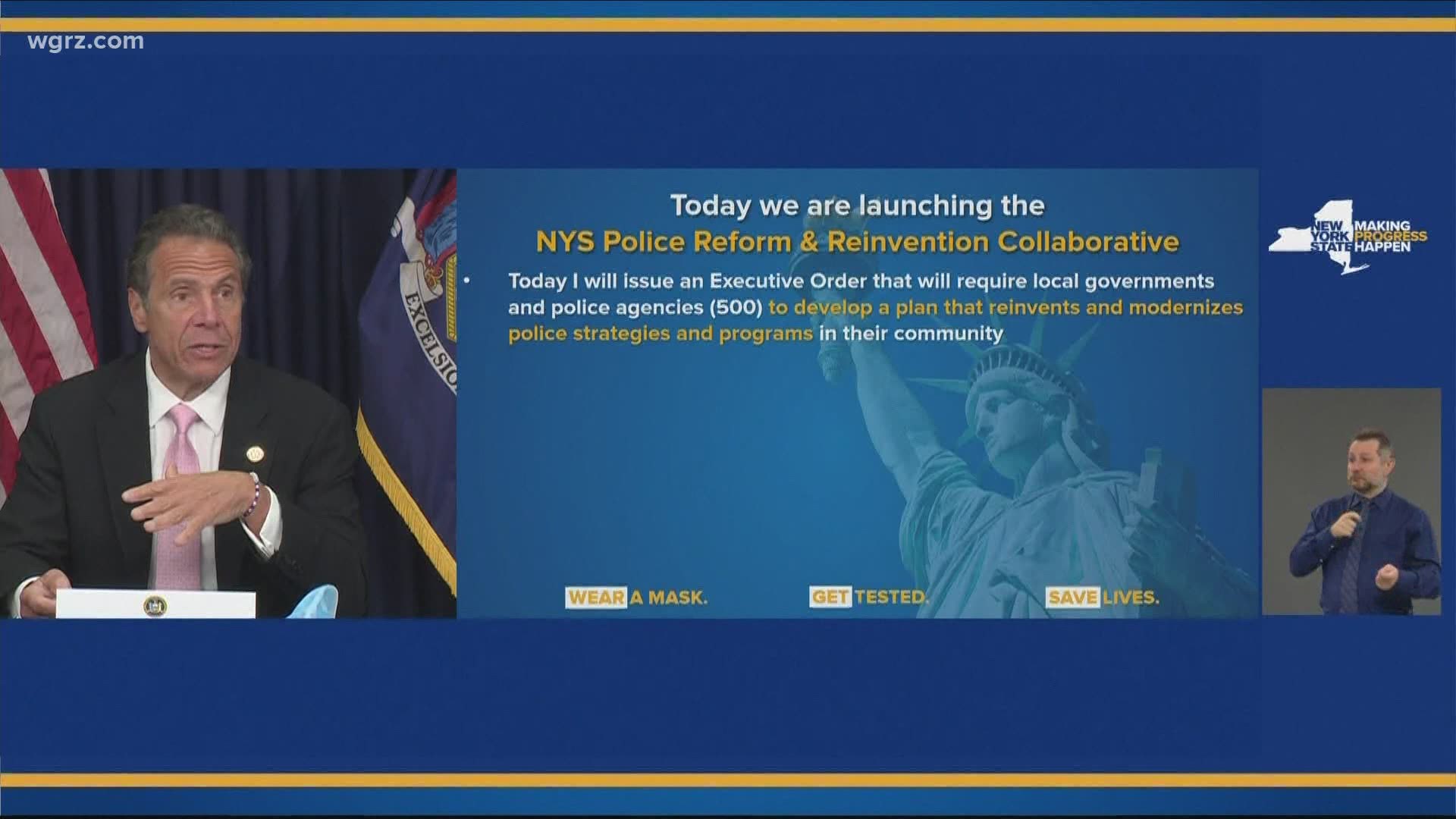 Saying that being angry and emotional is not enough, Cuomo said the reforms being put forward are long overdue.

The 'New York State Police Reform & Reinvention Collaborative' Executive Order will require cities, towns and villages across the state and its 500 police agencies to develop a plan that reinvents and modernizes police strategies and programs in their communities. These plans must be in place by April 1, 2021.

Local governments will need to formulate a plan addressing the following issues:

Cuomo also signed a series of bills under the 'Say Their Name Agenda' that includes rolling back the so-called '50-a' that will now make police disciplinary records available to the public, banning choke holds, appointing the state's Attorney General as a special prosecutor and prohibiting false race-based 911 reporting.