Cuomo: More than 100 school districts have yet to submit reopening plans

Districts who do not submit a plan by the Friday, August 14 deadline will not be able to provide in-person learning for the upcoming school year. 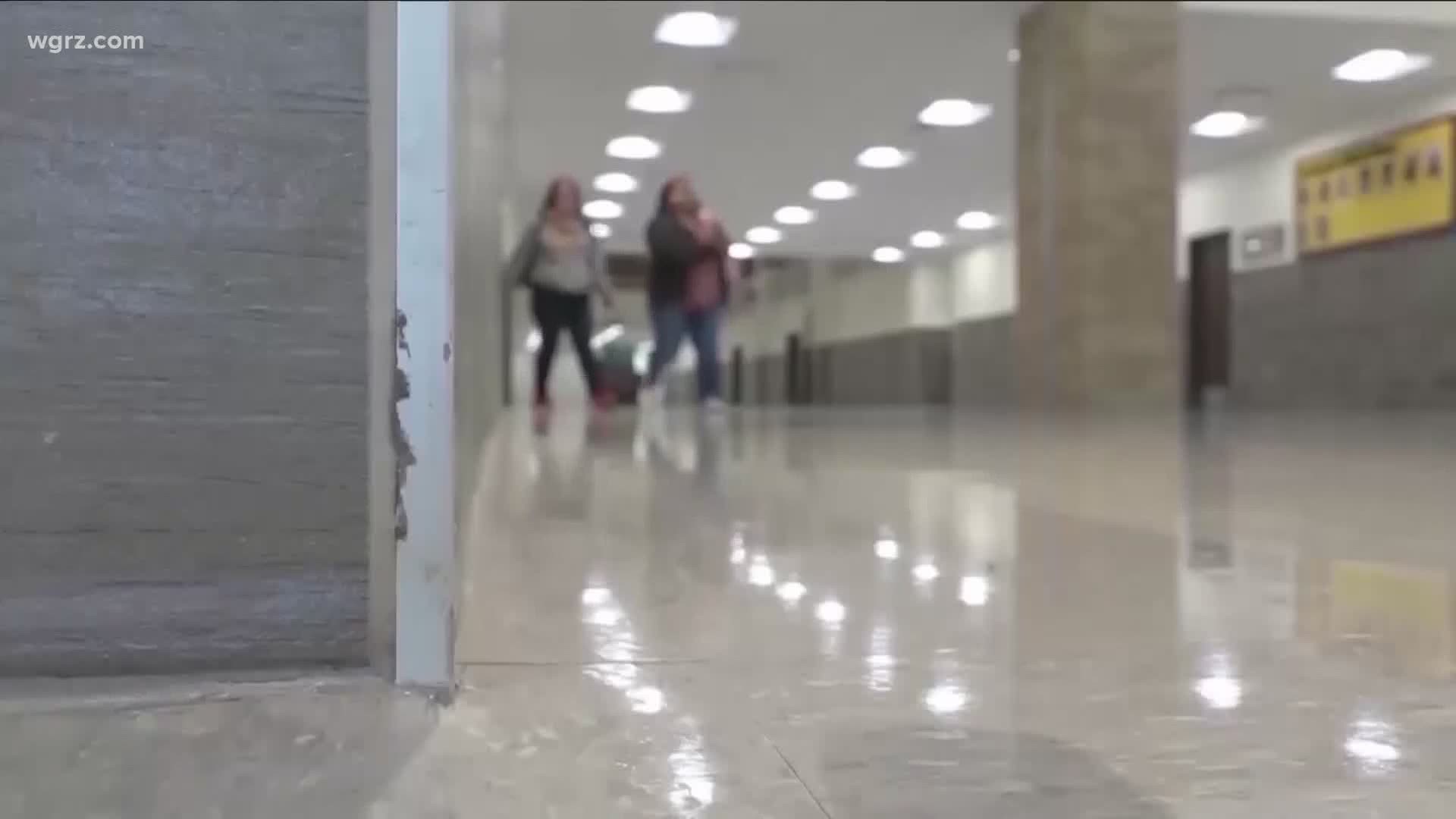 ALBANY, N.Y. — More than 100 of New York's 750 school districts have yet to submit their reopening plans to Albany, according to Governor Andrew Cuomo's office.

Those who don't submit a plan by the August 14 deadline will not be able to provide in-person learning for the upcoming school year.

The state says it's still waiting to hear from the following districts in WNY:

"The main arbiter here of whether a school district has an intelligent plan to reopen and whether people have confidence in that district's plan: it's going to be the parents and it's going to be the teachers, and that requires discussion, and that's going to be a dialogue. Parents don't have to send their children. The parents are responsible for the health and safety of each child, and they're not going to send the child if they don't believe the plan makes sense. A teacher is not going to come back into the classroom if they think the classroom is not safe, and that's right. The school district has to have that dialogue by the 21st to fully comply with our rules."

2 On Your Side's Jackie Roberts spoke to Lewiston-Porter Superintendent Paul Casseri who expressed frustration after seeing his district on the list. Casseri said he submitted Lew-Port's plans on July 31 and was doing so again on Monday.

Both the Salamanca and Williamsville Central School districts also said they submitted their plans to the state's Education Department last month, but were unaware they also needed to submit that plan to the New York State Health Department as well. Both are in the process of rectifying the situation.

"The list of districts that didn't file a plan with the state Department of Health is accurate," said Rich Azzopardi, senior advisor to Governor Cuomo. "Despite clear guidance provided to these schools, which included a link to the DOH portal, some districts in follow-up calls said they filed with the State Education Department - which is not an executive agency - but didn't file with DOH. Others filled out an affirmation certifying that they would be abiding by the state's reopening guidance, but didn't actually submit their plan, something many of these districts are now rectifying."

2 On Your Side is reaching out to the other local districts for the status of submitting their plans.

Meanwhile, even for the districts that have submitted plans to the state, the process is still ongoing. Many Western New York school district leaders had calls Monday with their local health departments.

A spokesperson with the Erie County Health Department told 2 On Your Side the purpose of the call was to respond to specific questions from Erie County school district superintendents about the role of the Erie County Department of Health in testing and contact tracing as schools reopen this fall.

"The local health department is a resource for them. We want to give them the information they need to make smart decisions," said Daniel Stapleton, the Niagara County Public Health Director.

He added, "We always consider this a partnership between the school district, the local health department, the staff and the parents of the students so it's not something we take lightly with reopening schools. We want to make sure we provide any support to the school districts that we can."

Stapleton added, "These plans are fluid. These plans that the school districts are submitting may change. Most likely will change based on the data we have and based on experience."