Cuomo Now on Board with Buffalo Skyway Removal

Proposes contest awarding a $100,000 prize for the best “design alternative” 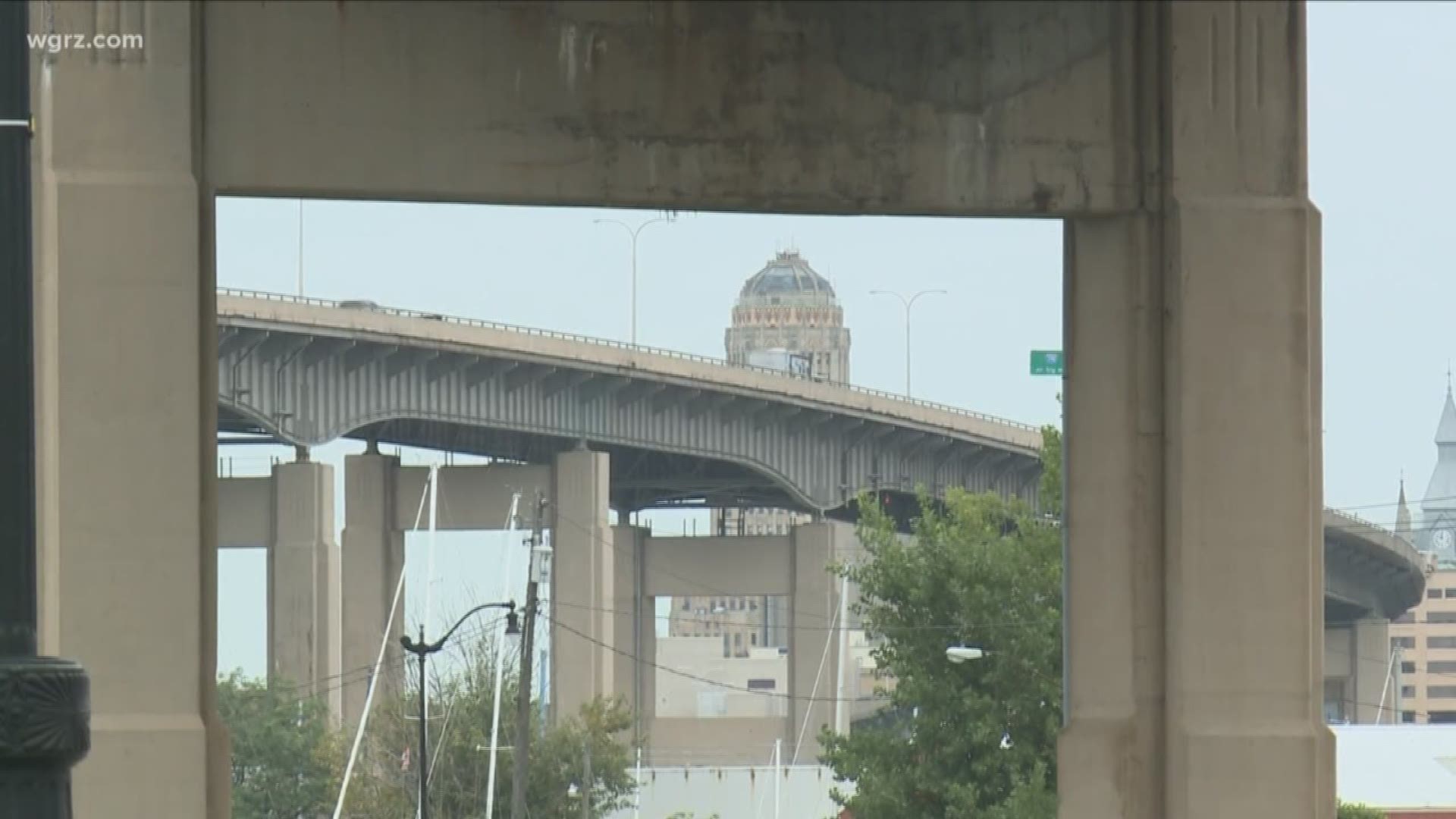 But he then surprised those in attendance at the Millennium Hotel when he announced his plan for a state-sponsored design competition for an alternative to the skyway, offering a $100,000 prize for the best design.

“The idea would be to take it down,” Cuomo confirmed to WGRZ-TV following his prepared remarks.

“But when you take it down you have questions to address…such as how do the southtowns get up to Buffalo, what is the transportation alternative, how do you access the outer harbor…so those questions are the questions that would have to be thought through. But there are a lot of planners, architects, and designers who I think would jump at the idea,” Cuomo said.

“I think Western New Yorkers and members of the community who live in the Southern Tier would embrace a comprehensive competition to look at how that roadway could be improved,” said Buffalo Mayor Byron Brown, who noted the Skyway is often closed during inclement weather.

The Skyway opened on October 19, 1955, after several years of construction, and during which three workers lost their lives.

It spans the Buffalo River reaching a height of 100 feet and was built in that fashion to accommodate the lake freighters which were once commonplace when Buffalo was a thriving lake port.

The idea of replacing it also has the enthusiastic support of NY State Senator Tim Kennedy (D-Buffalo) who was recently named chair of the State Senate Transportation Committee.

“It's time for us to come up with a new vision for the next generation of Western New Yorkers," Kennedy said.

At the same time the Governor is setting the wheels in motion for its demise, however, the state is currently spending $29 million dollars to repair the Skyway.

That could be an indication that its replacement could still be many years away, lest the state wastes the money it is currently spending to keep it operating.

Cuomo indicated no time table for the eventual replacement of the Skyway, only saying there'd be much to figure out before such an endeavor could take place. He also offered no cost estimate for the alternative he seeks and is willing to spend at least $100,000 finding.