Cuomo aide says he slammed door shut before groping her

The interview with the Times Union of Albany was published Wednesday and adds new details to the most serious accusation against Cuomo. 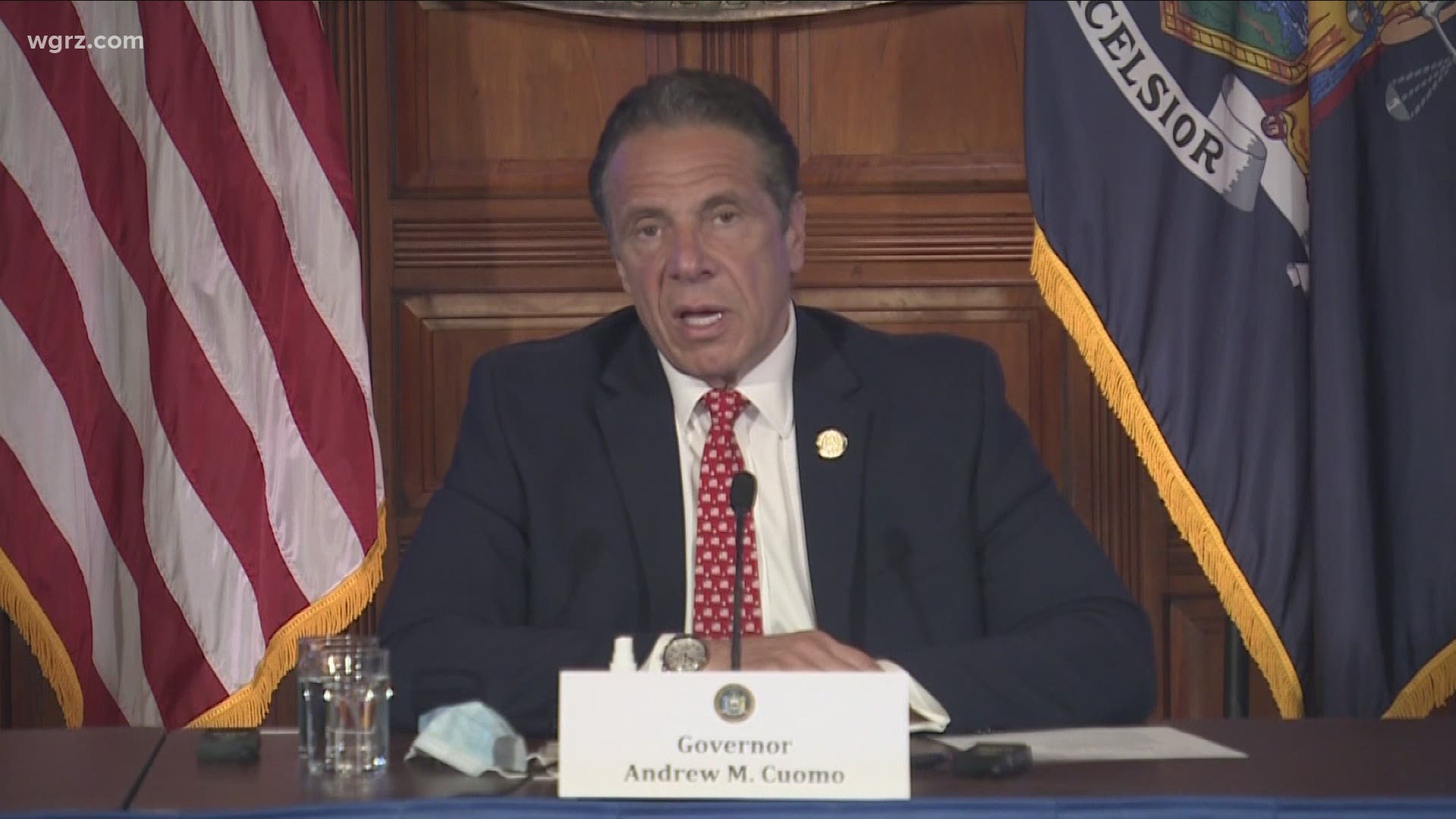 ALBANY, N.Y. — A newspaper reports that a staffer who has accused New York Gov. Andrew Cuomo of groping her at the executive mansion says he slammed the door of his office and told her “I don’t care” after she protested.

The interview with the Times Union of Albany was published Wednesday and adds new details to the most serious accusation against Cuomo.

He is being investigated after a series of women accused him of sexual harassment and inappropriate behavior.

The woman spoke to the newspaper on the condition of anonymity to protect her privacy.

The woman told the newspaper quote " "I remember him slamming (the door) so hard that I remember thinking to myself that I'm sure the staff is, like, 'Is everything OK up there?' He came right back and he pulled me close and all I remember is seeing his hand, his big hand. I remember looking down like, 'Holy - expletive  deleted.

She then spoke of her embarrassment and fear of retaliation saying quote "I didn't have another choice. I remember (thinking), 'You have to pull yourself together … even if you have to sit here for a couple minutes to do that,'" she continued. "If I told someone, I'm done. And who do you tell?"

Late this afternoon the Governor's personal attorney Rita Glavin responded in part "... He has repeatedly made clear that he never made inappropriate advances or inappropriately touched anyone. The Attorney General's review of this claim and others, including evolving details and new public statements by complainants or their surrogates, must be thorough, fair and provide the truth."

Cuomo himself has denied touching anyone inappropriately but said he’s sorry if he made anyone uncomfortable.

Meanwhile Assemblymember Karen McMahon of Williamsville who is on the Assembly Judiciary Committee with its impeachment investigation said the budget process did not stall that investigation with the hired private law firm and the work of the committee continued uninterrupted.

This morning before the article came out Cuomo was asked at a budget media briefing if these scandals had any impact on his budget talks with lawmakers. He told reporters  "That's always a question of compromise and we did that again here. And I don't think we have a better budget than the budget you see before you. It's extraordinary."

New York State Senator George Borrello who is a Republican scoffed at the Governor's comments. "The fact that he did a press conference today and the Assembly hasn't even finalized the budget. You know he's trying to control the narrative right now and make it look like that he was more involved in the process and got more of what he wanted. Why would you be spiking the football when you're not even in the end-zone yet."