National Fuel: No evidence of gas leak at site of Lackawanna house explosion

The utility says testing of main line and service line on Bedford Avenue shows nothing unusual or any evidence of leaking natural gas. 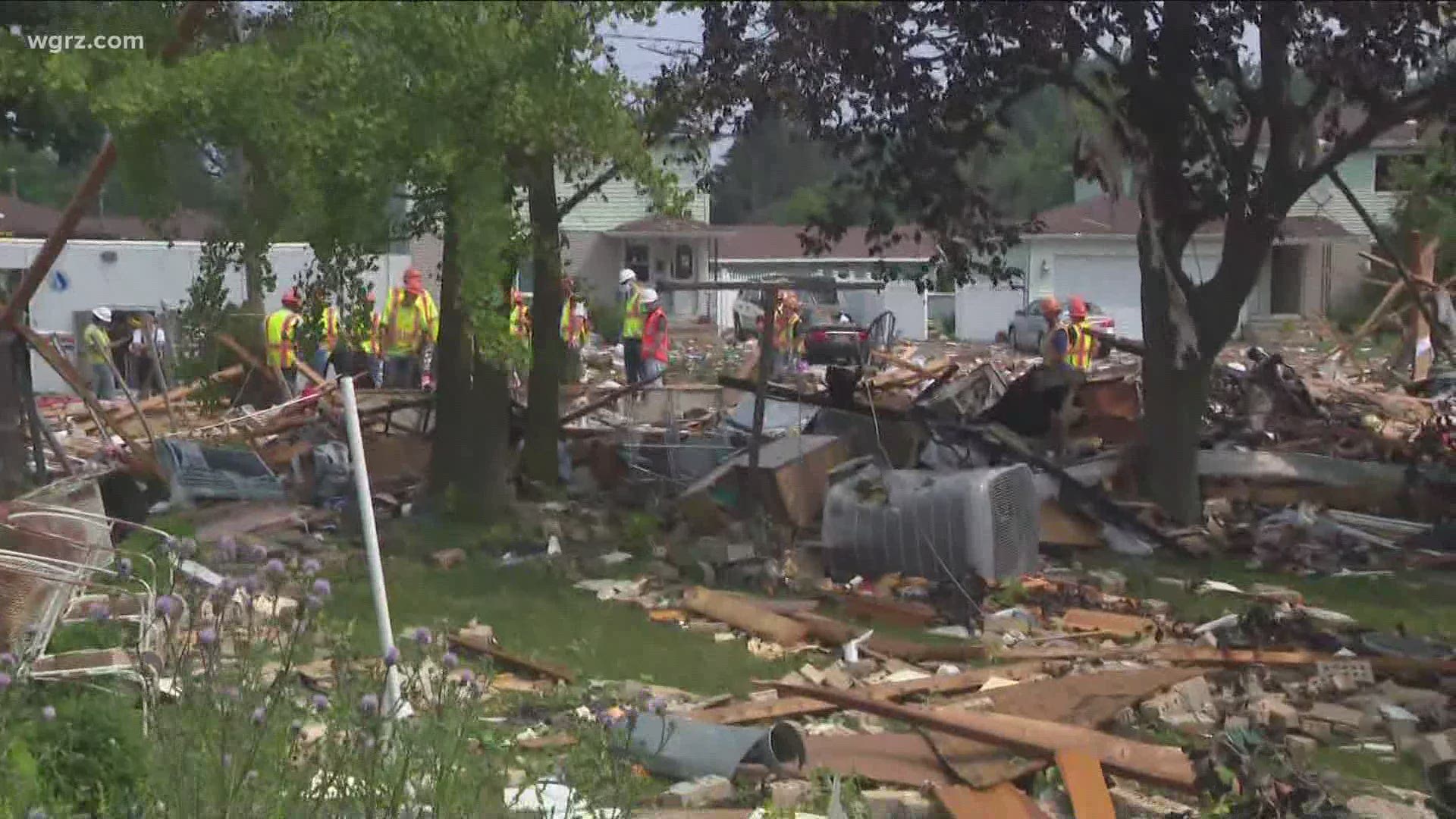 LACKAWANNA, N.Y. — The investigation is underway into what caused a Lackawanna house to explode Tuesday morning, leaving one woman dead.

Lackawanna Fire Chief James Fino says seven other homes were damaged in the blast. The victim has been identified as 92-year-old Irene Sanok. At this time, it's believed no one else was in the house and that there were no other injuries.

National Fuel released a statement Wednesday saying testing of the main line and service line on Bedford Avenue, as well as soil and atmospheric evaluation have shown nothing unusual. So far, there is no evidence of a system malfunction of natural gas leak. The utility says it is continuing to cooperate with Lackawanna Fire and Police departments, as well as fire investigators from the Erie County Sheriff's office.

Lackawanna Fire crews were called out to Bedford Ave.in Lackawanna shortly after 7 a.m. Bedford is located off Abbott Road in the city's Fourth Ward. The investigation is expected to take several days.

National Fuel also expressed its condolences to the family of Irene Sanok.

Crews on scene confirm there was someone who was inside the house at the time of the explosion. @WGRZ

However, close to 600 people in the surrounding area are currently without power as a result of this incident.

A woman living behind the house described the damage. She said seeing a mattress on top of the roof was particularly harrowing for her. @WGRZ pic.twitter.com/MHjb5TGs06

Neighbors have been evacuated and are waiting to hear when they will be able to return to clean up debris.

Michael Salamone who lives across the street from the house that exploded saw the explosion.

“I got my coffee, walked to the front window as usual, and then everything went white,” Salamone said. “When the debris stopped falling, and the smoke cleared, I could see that the house across the street was leveled.”

Salamone is a volunteer reserve firefighter with Reserve Hose Fire Co. After the explosion he put on old gear he had at home, grabbed a fire extinguisher and went over to the to check if anyone was there. He checked on other neighbors to make sure they were OK.

He said he had never experienced anything like this.

Neighbor Kayleigh Migheles was sleeping when the explosion happened. One of the first things she saw when she looked out the window was a mattress on the roof of another house.

“I don’t know why, but that was so scary to me, because it was immediately after the explosion that we looked over and the mattress was on the roof. That was something I had never seen before,” Migheles said.