The first responder was alert at the scene, but was taken to ECMC for further evaluation 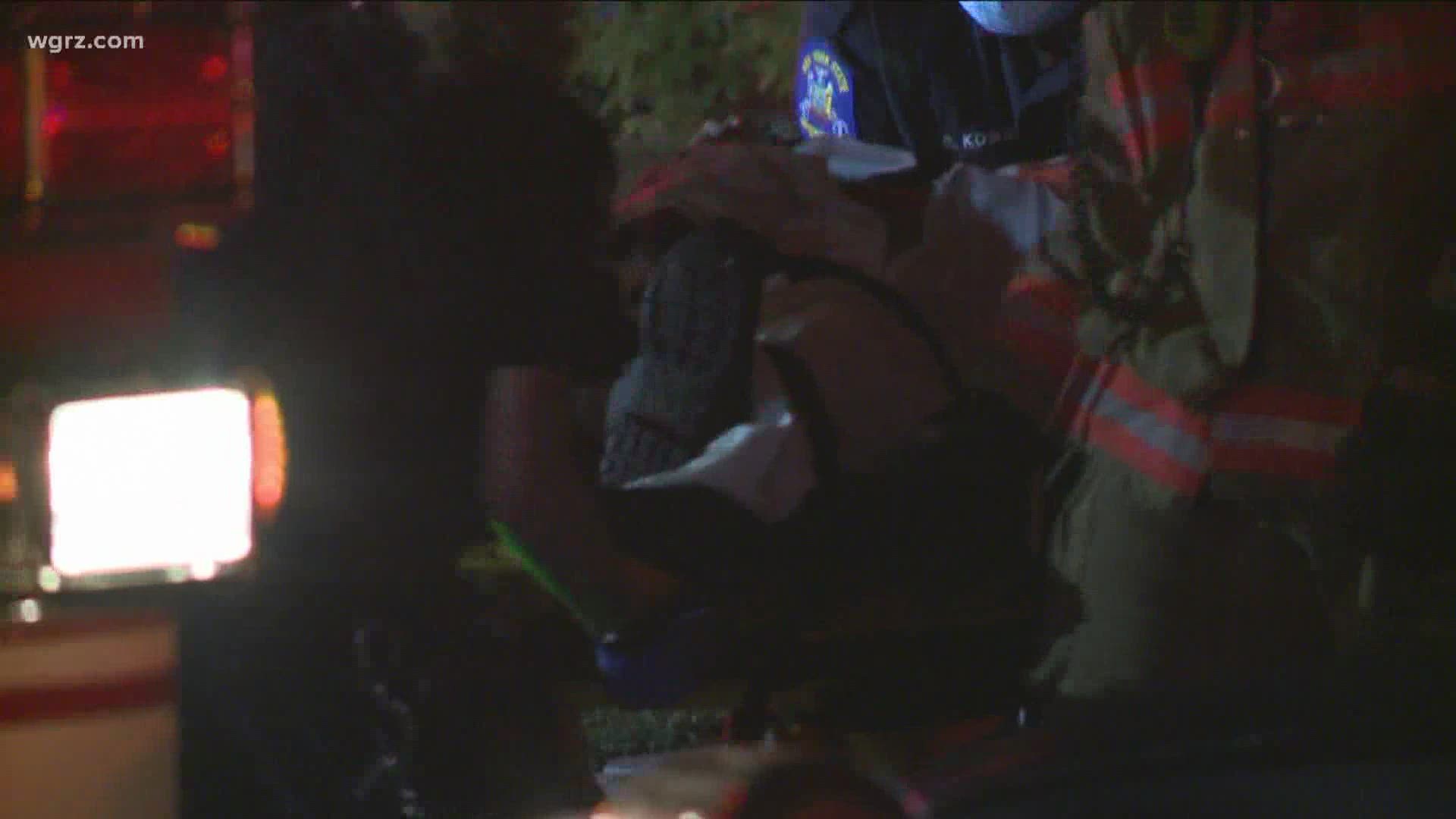 BUFFALO, N.Y. — One Buffalo firefighter was sent to the hospital after a ceiling collapsed during a fire inside a Parkside home early Tuesday morning.

Crews were called out to the home on Crescent Ave. just before 3 a.m.. We are told the home contained eight apartment units, but was vacant and under renovation at the time.

Division Chief Daniel Bossi told 2 On Your Side that the fire itself wasn't large in volume, but the large building, along with all the units made it hard for crews to knock it down. One firefighter had to be hospitalized after a large piece of a ceiling collapsed on her.

"Drywall and plaster came down and it was an estimate over 100 pounds of weight hit her square in the head and took her to the ground," said Division Chief Bossi. Members of the firefighter assistance team, along with a crew from Rural Metro went inside the building to bring the firefighter out on a backboard.

We are told that firefighter, whose name has not been released, was alert and able to move at the scene. She was taken to ECMC to get her spine and neck checked out.

Division Chief Bossi says that this fire took a physical toll on the whole crew because of the added difficulties of dealing with the heat and humidity.

The official cause of the fire is still under investigation. The fire did cause about $100,000 in damage to the building.