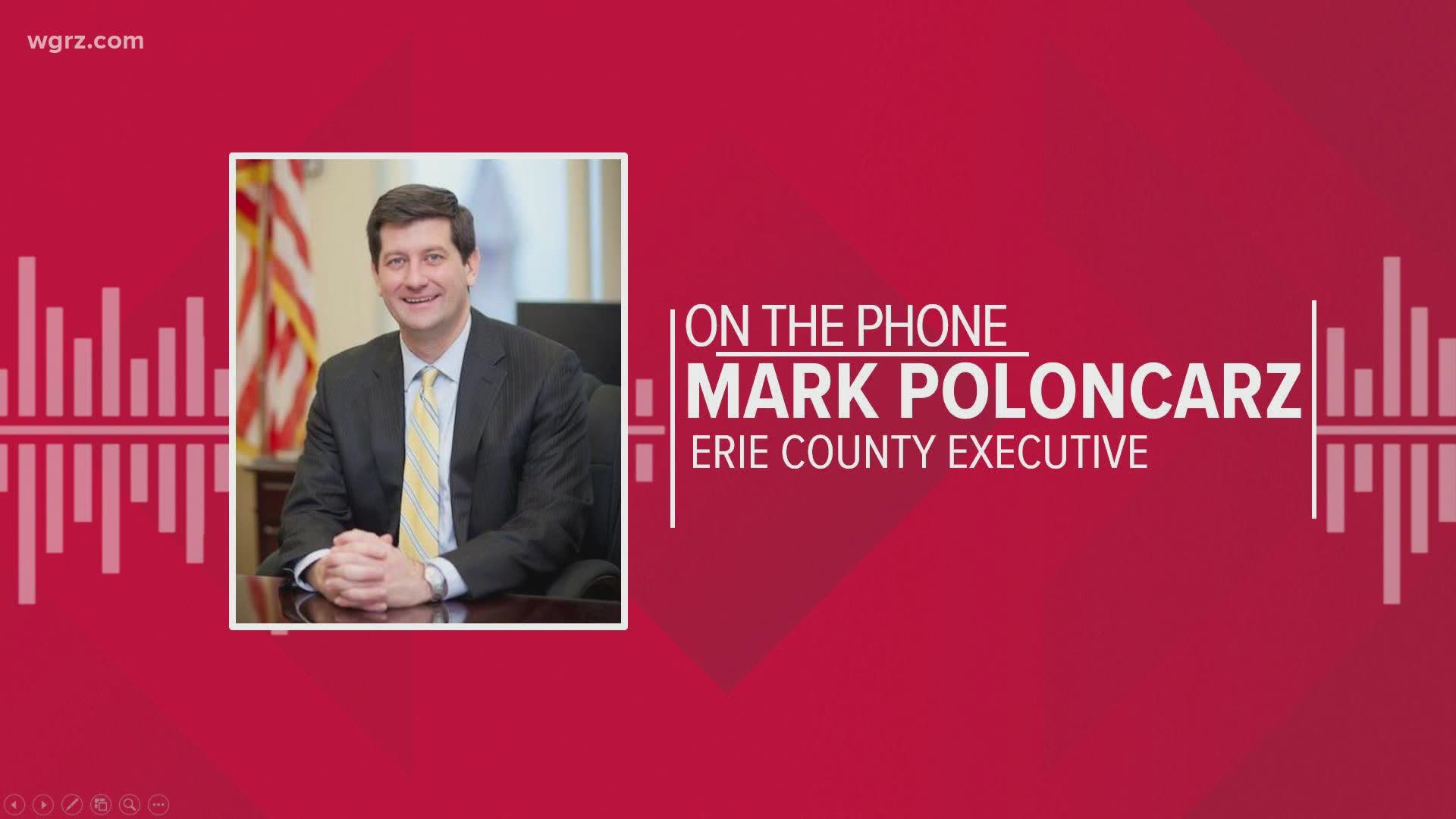 BUFFALO, N.Y. — After a 75-year-old man hit his head when he was pushed to the ground by Buffalo Police Thursday evening, the County Executive called for the officers responsible to be fired and said they need to be held responsible for their actions.

The final decision on if the officers will face charges will be handled by District Attorney John Flynn, Poloncarz said the officers should be "held responsible for their actions, not just fired."

In an interview live on Daybreak Friday morning, County Executive Mark Poloncarz called the incident a black mark for the City of Buffalo and the community. There are multiple investigations ongoing looking into the incident, but Poloncarz said even though it was after the curfew, the man who was shoved didn't appear he was trying to harm police in any way.

Poloncarz said he was disappointed because of how avoidable the incident was. He continued to say he was sickened looking at the video and seeing police officers continue to walk past the man lying on the ground.

Two officers were already suspended with"out pay after video of the incident came out Thursday night. Poloncarz announced on Twitter later Friday morning that the 75-year-old man is still in serious, but stable condition. However, he is alert and oriented.

RELATED: 2 Buffalo police officers suspended after pushing protester who was taken to hospital