Town officials in Somerset, Niagara County say they will continue their effort to push back against a proposed wind turbine project because a survey shows most residents oppose it. But costs since the project was first proposed in 2015 have risen beyond $260,000 due to legal fees, documentation, and experts as part of a state siting process. 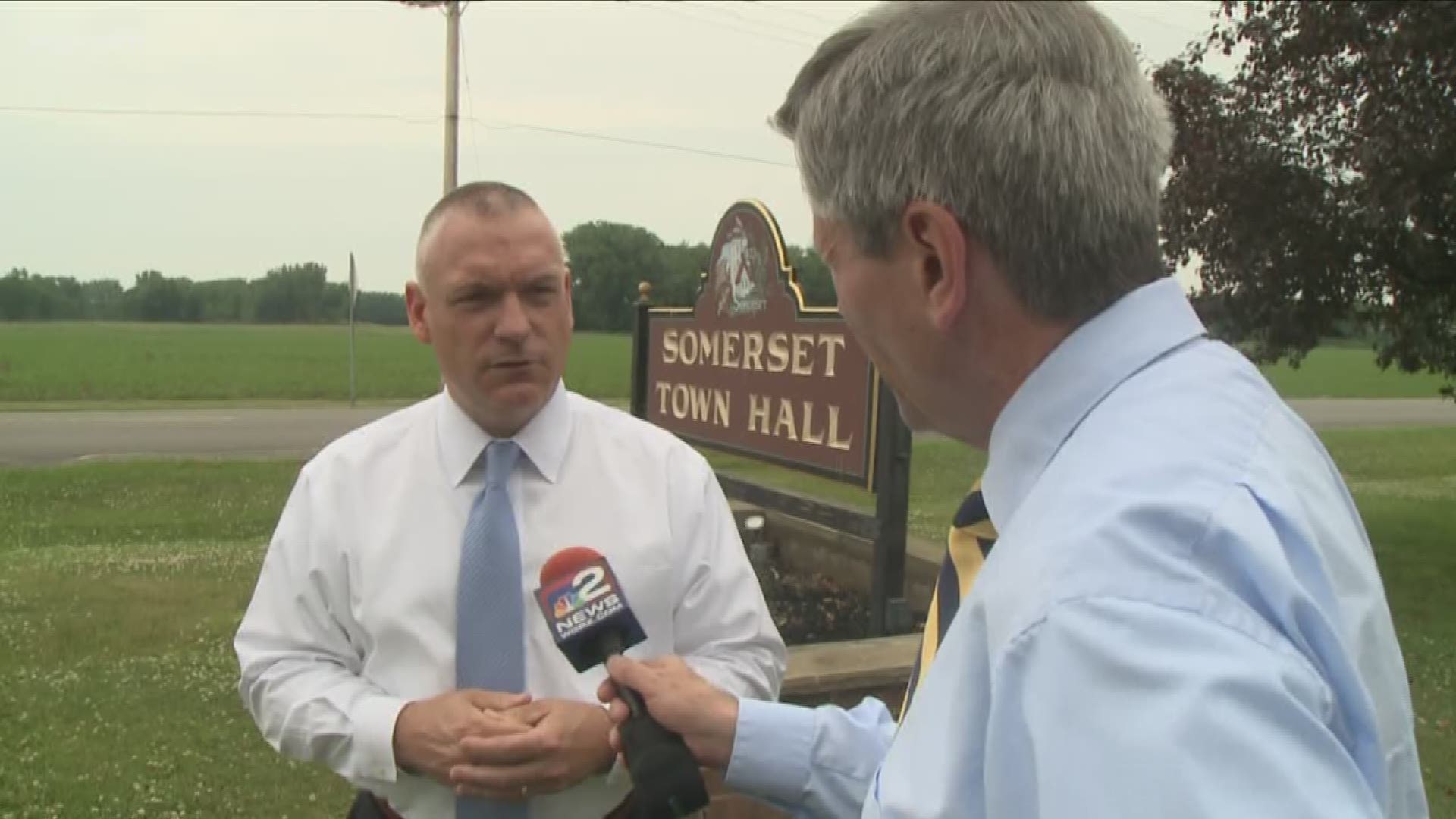 Somerset, NY - You will find signs lining some of the roads in the Niagara County communities of Somerset, Barker, and Yates. They show opposition or support for the proposed Apex Clean Energy project that would build up to 60 or more wind turbines, which could be 600 feet tall.

Somerset Town Supervisor Daniel Engert said the town is in the fight with those who don't want to see them because a survey shows nearly 70 percent of residents are opposed. But it's a costly fight.

Those signs reflect the ongoing strenuous debate for neighbors over the proposal by Apex Clean Energy. The firm proposes to install at least 60 wind turbines in Somerset and Yates. They could be up to 600 feet tall.

This debate is taking place in a community where taxes were raised over 100 percent last year. That's in part to help cover for the ironic gradual shutdown of another energy producer, the Somerset coal burning power plant. Now there are the legal, documentation, and consulting fees for the town to make to make it's case.

2 on Your Side asked Supervisor Engert "Isn't this hard for the town to cover all this?

Enger replied, "This is difficult - a substantial burden on the town, but we have to allocate resources on our budget where they are most needed - the community is fully supportive of spending what ever money is necessary to defend their interests and defend the health and their property values."

But like the differing signs, there are differing perspectives. Charles Lyndaker is a landowner who signed up to let Apex build 2 turbines on his farm property for $30,000 to $40,000 per year along with royalties from electricity they produce.

"Wasting all my taxpayer money - fighting this - which...there's no other business in this town coming in. And do they're spending all this money with the lawyers and all this nonsense dragging it out, " Lyndaker said.

But his across the road neighbor Jim Hoffman counters that the fight is worth it.

"We are a nice quiet rural community and we just don't want it to be industrialized to the extent a wind turbine installation would make us," Hoffman said.

A state siting committee, with appointees from Governor Cuomo, will make a decision on this project but Engert noted, "We're ready to defend our town where it takes us."

Apex Clean Energy declined to do an on-camera or recorded interview. But the Virginia-based firm did release a statement noting the company

"is fully committed to the Lighthouse Wind Project and all of the planning for a responsible project that will bring environmental and economic benefits to the communities of Somerset and Yates.

With more than 100 landowners representing 10,000+ acres of land leased and other non-landowner supporters, Apex will continue to diligently complete our Article 10 application, including the required and voluntary parts of this complex permitting process."