Hospitalization rates are a key indicator as to the severity of the outbreak, and the next steps that may need to be taken to try and curb the spread of the virus. 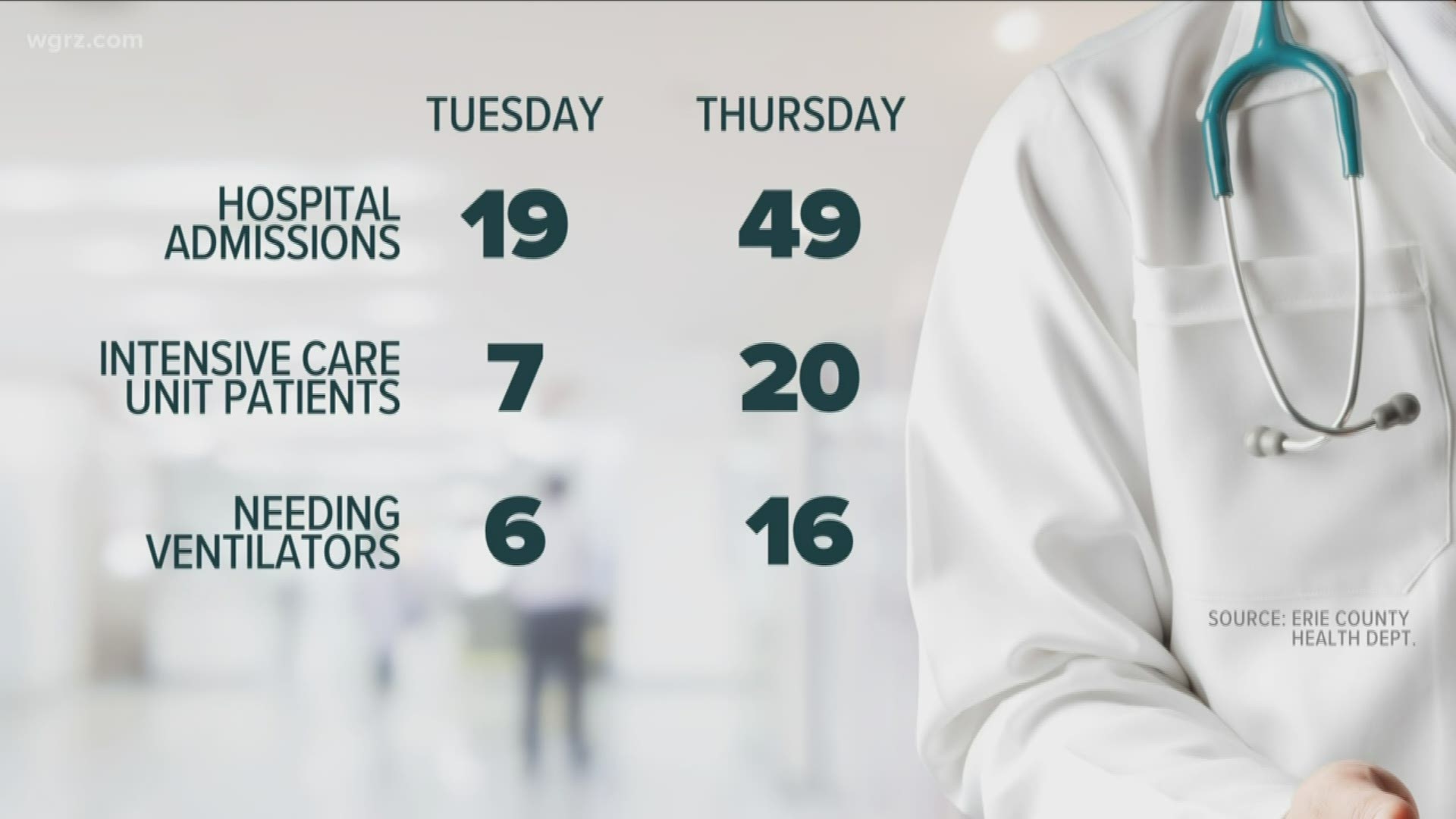 BUFFALO, N.Y. — While updates have been given consistently about the number of confirmed cases of coronavirus, a better measure of the severity of the outbreak locally might be in the number of those hospitalized as a result of contracting it.

New numbers from Erie County show that in just three days, from Tuesday thru Thursday, the number of hospital admission for COVID-19 has more than doubled, from 19 to 49.

Currently, such numbers are not high enough to overwhelm Western New York’s healthcare system, but in a tweet, Erie County Executive Mark Poloncarz called this a “troubling trend.”

Dr. Thomas Russo, Chief of the Division of Infectious Diseases Jacobs School of Medicine and Biomedical Sciences at UB, does not disagree with that assessment.

“Some may look at the numbers and conclude that they are still relatively small and feel that there’s really nothing to worry about,” Dr. Russo said.  “But when you have a doubling time (of hospitalizations) at our present rate of around three days, it doesn’t take very long for those seemingly relatively small numbers to suddenly jump into the thousands or more and create the situation we’re trying to avoid.”

The situation he refers to is the fear that a surge of hospitalizations could overrun the existing health care system.

“Cases of the new coronavirus are still increasing in Erie County and we haven’t hit our peak,” said Dr Russo, who believes that peak may still be a few weeks away.

While it is still believed that 80% of those who get the virus will recover without any need for medical intervention, concern of spreading the virus to more vulnerable populations remains very real according to Dr. Russo.

That’s why he says it is important to continue to follow disease prevention protocols, such as hand washing, social distancing, and self-isolating when ill …measures which members of the public have been encouraged to practice.

Especially as the weather turns nicer in Western New York.

“At the end of the day it really depends on if people cooperate and pay attention to the public health directives,” Dr. Russo said. But if people get antsy and bored of staying in and then start interacting again, if those scenarios occur, then I think our total case burden is going to be much greater and we may put ourselves in a bad situation similar to what we are seeing in elsewhere.”