Coronavirus and the changing habits in food shopping

The COVID-19 outbreak has caused consumers to seek out alternative means of finding food, and some have discovered them to be preferable. 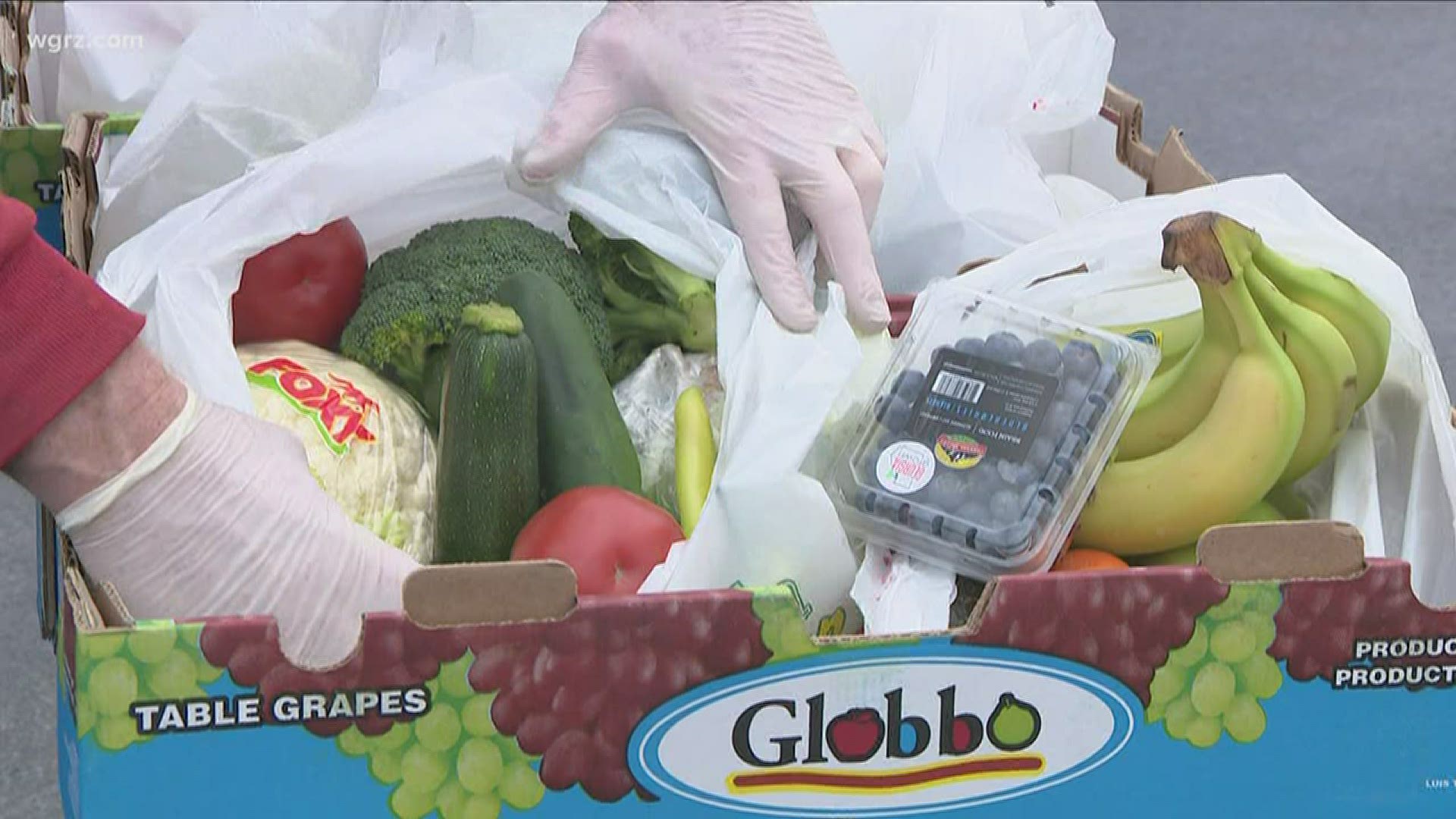 BUFFALO, N.Y. — If there's one thing the coronavirus pandemic may have taught us, it may be the need to find other places to supply ourselves with the very things we need to exist, such as food.

And even as concerns with the supply chain have eased, it seems some of the new shopping habits we've picked up may stick with us for a while.

The Changing Face of Food Shopping

About five weeks ago, at the onset of the pandemic, panicked shoppers plundered grocery store shelves, leaving us to seek out alternate sources of food.

Wholesale meat suppliers, for example, who could no longer sell to shuttered restaurants, began selling their products retail.

“We’ve seen an increase in people here looking for ten pounds of chicken and 20 pounds of ground beef, or to have some steaks cut,” said Mark Strube of Ford Brothers Wholesale Meats, one of the largest wholesale meat distributors in Western New York.

Customers can call ahead to the company’s plant in West Valley to place orders. “We can have it prepared for you and you can just pay at the door. We’ll even load it in the car for you,” Strube said.

At Spoths Farm Market on Transit Road in Amherst a steady stream of vehicles pulled up on Tuesday afternoon, where bags and boxes of fresh fruits and vegetables were being placed into the cars and trucks of waiting customers who had placed orders on line.

“This is a new thing for us and it seems to be going quite well.” Said proprietor Ed Spoth, who noted the farm market doesn’t normally open for the season until late April.

Spoths holds the pickups on Tuesdays and Fridays and has attracted 400 customers a week.

“We’re doing our best to meet the demand and there’s a lot obviously,” Spoth said.

The situation even sent a retired milkman back into service making home deliveries.

“It's amazing what someone will do to get away from a honey-do list,” joked Brad Hellert of Hillside Dairy.

Hellert was featured on Channel 2 News two years ago when he retired as the last milkman in Erie County doing regular home deliveries.

Shortly after the Coronavirus outbreak, however, he saw the need for his services once again, and “unretired” as a result.

“It’s been very busy,” Hellert told WGRZ while delivering to customers in Williamsville on Tuesday in a rented van after his milk truck broke down over the weekend.

“After three days we had 1,000 requests for service and we have a waiting list of maybe 400 more,” he said.

Why Not Go Back to the Stores?

Unlike during the outset of the pandemic, consumers can now once again find pretty much anything they need at large grocery stores.

However, that doesn’t mean they are automatically resuming their old shopping habits.

"While supplies are available people do not want to go out. Many people have said they just don't feel comfortable in leaving their homes and being exposed potentially to the virus," said Hellert.

“There are some people who just don’t want to walk around the stores,” agreed Strube. “And I noticed that a lot of the smaller butcher shops that we do business with have seen a huge influx of people coming in saying they just want to get their meat and go home.”

“Everyone wants to limit the times their stuff is touched by somebody else,” said Spoth. “I mean, how many times (in a grocery store) has somebody picked up an apple, looked at it and put it down? Here (at Spoths) there’s only one or two people touching your produce from the time it gets picked till the time it gets on your table, and I think that’s a big part of it.”

How long this new-found allegiance from customers lasts is anyone’s guess.

“Many of our customers have said they do want to stay on after this crisis is over which is heartening,” said Hellert. “Sometimes the old methods are tried and true and you find out, when the chips are down, who can really take care of you.”

RELATED: VERIFY: Don't use soap to wash your produce

RELATED: Tops will not enforce plastic bag ban in light of coronavirus