As Buffalo seeks to catch up with other similar sized cities, and seize upon efforts made to boost tourism, study recommends construction of a new and much larger convention center. 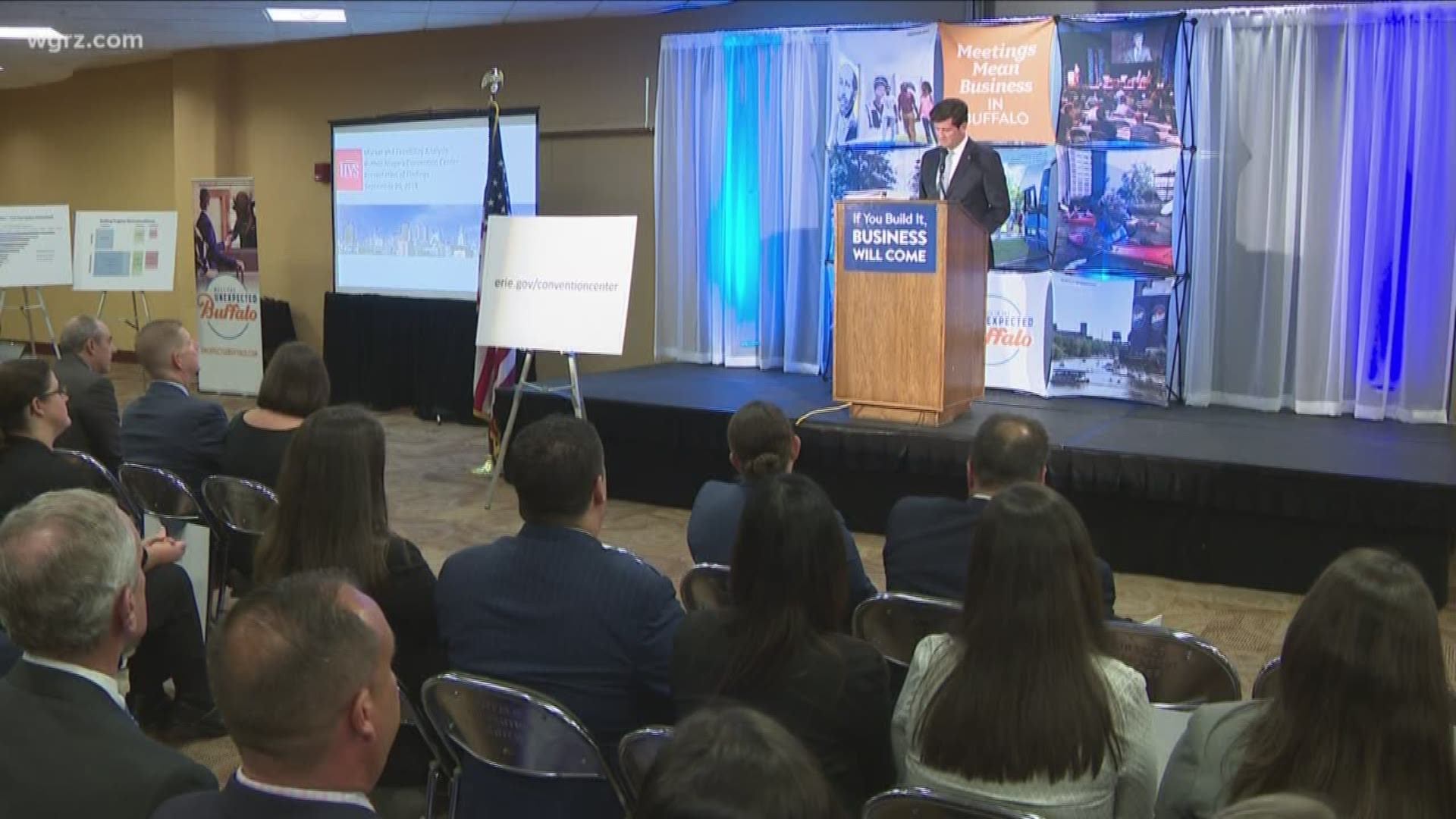 BUFFALO, NY – Results of a long awaited study regarding a new convention center for the region recommends two sites downtown.

"We recommend expanding convention center function space to approximately twice the size of the existing building in a state-of-the-art development," according to an opening statement within the report by HVS Consulting, which Erie County hired last year for $150,000 to conduct the feasibility study.

Public comments are open for the next 90 days here.

The study suggests the best options would be to replace Buffalo’s existing 40 year old Convention Center on Franklin Street.

One recommended option would be to renovating and expand the current facility- to encompass an area extending across Franklin Street, including the rear portion of the Statler City complex as well as the block north of that structure. Sky bridges would connect the parcels under a plan that could cost up to $429 million.

The second recommended option would see the construction of an entirely new convention center, on what is now surface parking lots in the vicinity of a Washington Street and Michigan Avenue, placing it closer to Canalside and KeyBank Center. The estimated cost for that option would be up to $368 million.

In revealing the results of the study, County Executive Mark Poloncarz said he did not have a clear favorite between the two sites, but left no doubt that he is all in on the idea that a new convention center is needed and should be built.

You Could Have Told Us

“The legislature was kept in the dark by the Poloncarz administration on one of the biggest issues that’s gonna come before our body “ groused Erie County Legislator Joeseph C. Lorigo (R- 10th District).

Lorigo said he was “disappointed” that lawmakers learned the results of the study from the Buffalo News, to which the administration provided the information at least a day before releasing it to the general public.

“The legislature was the body that funded the study, and the legislature is going to be the one to decide whether or not we build a new convention center or expand the one we currently have….we’ve been asking for transparency on this for months and months…but that’s par for the course for the Poloncarz administration to hide things from the legislature. He has no respect for the work we do and has no respect that we’re a separate body of government,” Lorigo said.

According to Lorigo, who is the minority leader of the legislature, not even Poloncarz’s fellow democrats who comprise the majority of lawmakers were clued in before the administration released the information to the newspaper, and select others including Howard Zemsky of Empire State Development, Kim and Terry Pegula, and Buffalo Mayor Byron Brown.

“I think it’s a decision that ultimately needs to be put before the taxpayers and I think it should go to referendum in 2019,” said Lorigo. We have 14 months to review all the information, get input from the people, and let them decide if we should spend $400 million dollars on something like this.”

Poloncarz: I don't trust some Legislators

When asked why he did first inform legislators on the recommendations of the study, Poloncarz replied, "Truthfully I don't trust some of them...I do know from one developer that they were reaching out to legislators to get information so that they could potentially purchase the sites beforehand. I don't trust them."