City official in charge of the program pushes back against critics in answering allegations that the program is discriminatory and a money grab. 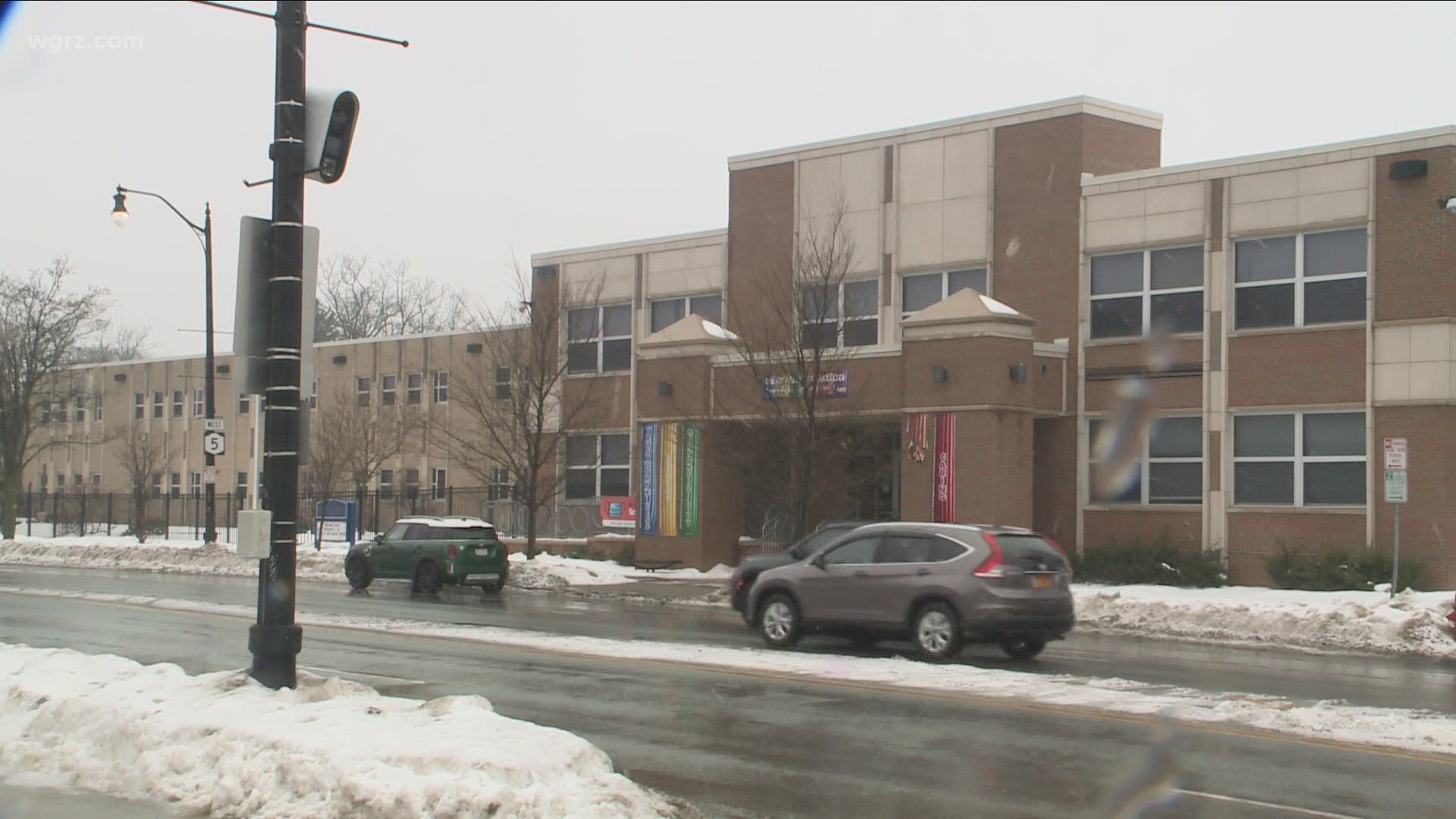 BUFFALO, N.Y. — Buffalo's parking commissioner, who also spearheads the city's controversial school zone speed camera program, appeared before the Common Council on Tuesday where he pushed back hard against critics who have labeled the program both a "money grab" and "discriminatory."

“I am here to dispute the unsupported and false allegations that the city school zone program discriminates against any resident or member of any particular community," said Kevin Helfer, who said the cameras have already made children safer by forcing motorists to slow down.

Allegations of the program being discriminatory are being raised largely based on where the city has placed the cameras.

As 2 On Your Side reported in an investigation earlier this month, 65% of the cameras are in neighborhoods where the median household income is below the city's average, and where minorities outnumber whites.

"There is data circulating that the cameras disproportionately target low income and Black and Brown neighborhoods in Buffalo,” said Dianne Elze of North Buffalo, who told lawmakers, “this immoral money grab must end.”

The cameras and equipment used in the system measure vehicle speeds and photograph its license plate.

Drivers who travel at more than 10 mph above the posted 15-mph school zone speed limit are subject fines from the city, which uses information from the NY State Department of Motor Vehicles (DMV) to ticket the vehicle's registered owner.

But critics say Helfer’s assertion ignores the likelihood that - due to where the cameras have been placed - the chances of a ticketed motorist being a low-income person of color are greater.

Helfer disputed this as “an assumption based on a false narrative.”

“To conclude that it’s somehow disproportionately affecting people of color or people of lower income when you don’t have that data is impossible,” he said. “False accusations of bias and discrimination meant to gaslight the public from the real issues involved will not dissuade us.”

Helfer says the real issue at hand, is the safety of children.

But others insist, it’s more about the money.

"This is not about child safety… it’s about money. And Commissioner Helfer’s statements have been outrageously false,” said Peter Rizzo, who has become one of the leading voices in calling for the program to be disbanded.

Rizzo insists the cameras weren't placed where data showed a higher incidence of injury accidents involving children, but instead just where there's more traffic, to increase the number of potential tickets.

He also suggested that the vendor the city contracted with for the camera system, and who will share in the profits from fines, helped pick those locations

“Therein lies the problem… when they have an enormous stake in making money off the program," Rizzo said.

"The vendor never picks locations and they never will," Helfer retorted, while noting the program was only allowed to go forward with state approval.

Most everyone who spoke on Tuesday agrees that more needs to be done to slow traffic near schools, with some suggesting that there are other ways to calm traffic, such as speed humps, that would accomplish that goal without resorting to a system of tickets and fines.

“The Buffalo Public Schools request in the strongest of terms that speed zone cameras remain in place," said Will Keresztes, the school district’s Chief of Intergovernmental Affairs, Planning, and Community Engagement.

In his remarks to lawmakers he urged them not to bow to pressure from groups that have an agenda other than child safety.

“You are facing unprecedent pressure from civic organizations, some of which were previously respected champions of traffic calming in Buffalo, who have now reversed their priority and are advocating for the removal of speed zone cameras,” Keresztes said. “And as we know from experience unfortunately, these groups and individuals putting pressure on you will be nowhere to be found when tragedy strikes… these are people who will run when tragedy strikes."

Without identifying them, Keresztes described them as having “an upside down, either-or narrative” which lawmakers are being asked to believe.

“Please don’t believe it. We can do two things at once, by creating safer infrastructure and enforce speeding laws to keep our children safe today,” he said.

The program beset by a snafu during its infancy when tickets were issued later than their due date (which resulted in 20,000 citations being dismissed) will resume at more than a dozen locations city wide on March 1 when the city reactivates the cameras and start issuing tickets again.

Erie County Clerk Mickey Kearns, who also appeared at the council committee meeting held virtually on Tuesday, reported that he has contacted the state DMV and asked it not to revoke the registrations of those who receive tickets and who fail to pay their fines by the due date.

He noted that Gov. Andrew Cuomo recently signed a bill into law that permits drivers who cannot pay their parking fines in one lump sum to set up payment plans with the state, and suggests that the same break be given to those who are flagged for speeding by the school zone cameras.

According to Kearns, the DMV Commissioner told him that his request will be reviewed.