Due to its industrial heritage, contaminated soil is not uncommon in Niagara Falls. But this is among the worst places to make such a discovery, in a city whose life blood is now tourism. 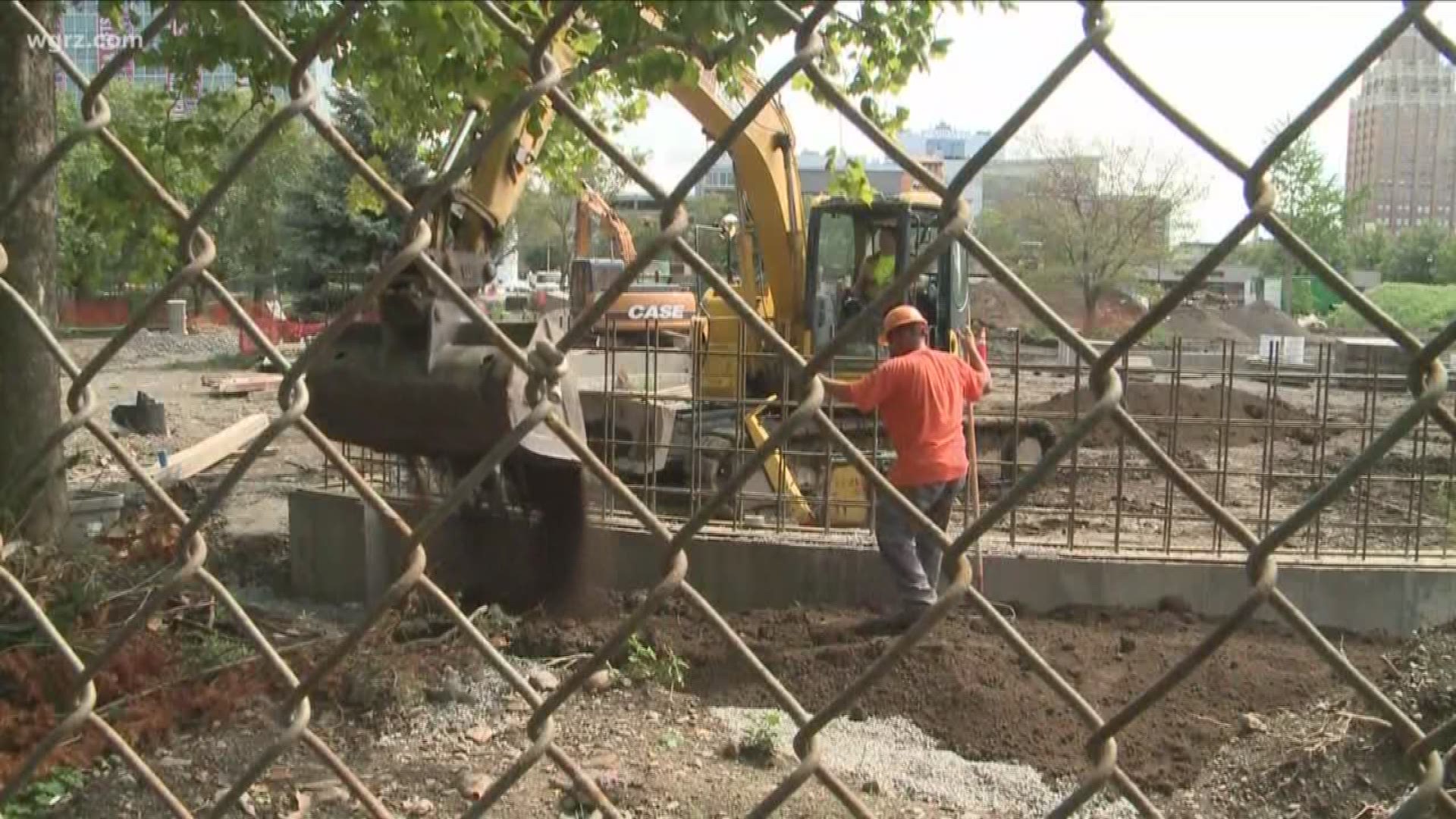 NIAGARA FALLS, NY - Contaminants, including some which are slightly radioactive, were found on a construction site in Niagara Falls State Park where millions of visitors pass every year

The state, which insists the contaminated soil poses no danger, is in the process of getting rid of the material.

Randy Simons, a spokesperson for the state’s office of Parks, Recreation, and Historic Preservation, confirms that about a month ago crews working on the new entranceway and bus loop to the park came across discolored soil, a tip off to possible contamination which was later confirmed through testing by the state’s Department of Environmental Conservation.

However, the state never made the information known publicly, including to the hundreds of thousands of tourists who’ve presumably strolled past the site since then unaware.

Despite the presence of radioactivity, petroleum waste, and at least once cancer causing chemical, there are no signs warning of any danger.

Simons says that’s because there is no danger posed.

“These materials were currently contained in a secure, fenced in area, that's inaccessible to the public. The materials do not pose a risk to public health,” Simons told WGRZ-TV.

In addition, Simons said the material was covered with a tarp.

Our inspection of the site on Wednesday, however, showed the tarp was removed and bulldozers and other excavating equipment were actively driving over and disturbing the pile of contaminated soil.

Workers inside the fence labored only in tee shirts and jeans, an apparent sign that they were not too concerned that the material posed any danger to them.

Inside the fenced off areas, we noticed two small signs, perhaps only one square foot in size, that said “TENORM”, an acronym for "technologically enhanced naturally occurring radioactive material.

A state parks representative said they were placed there so those working the site know where to pile the stuff, which is scheduled to be shipped out of tomorrow to a certified hazardous materials landfill.

How did it get there?

Where it came from is anyone’s guess, although state parks believes some of the contaminants may have been from a gas station and bus terminal that long ago occupied the site. The rest, including the radioactive material, may have come in with fill used to construct the Robert Moses parkway in the 1960s.

The Parkway, when originally constructed, ran through the park approximately 100 yards west of the current construction site where the contaminants were detected. That portion of the Parkway was removed in the 1980s.

"These are materials that we have found on other projects in the park over the course of many years,” said Simons, who was uncertain if other such contaminants were detected where another section of the Parkway was removed in recent years to form a new Southern entrance to the park.

“This type of publicity is never good," said Pat Proctor, who leads the Niagara Falls Tourism Advisory Board, and said he was only made aware of the situation when contacted by a reporter.

However, when he was asked if he was disappointed he had not been contacted by anyone from State Parks prior to that, Proctor replied, “Not really…if it truly posed a danger, then I’m sure they would have made other stakeholders as well as the public aware. If it was a situation alarming enough where they needed to notify us, and they didn't, then yeah I'd be a little upset."

Though startled when told the news, members of the Evans family, who were visiting the Falls from their home in Shickshinny, Pennsylvania on Wednesday.

“I don’t think this will keep us away,” said Don Evans, who says he’s made the six hour trip to visit Niagara Falls several times.

“I’ve got a great granddaughter that we can't wait to get here…I feel they'll take care of it and move on," Evans said.