“They were hoping to be open in spring of 2022, now I’m worried it will be spring of 2023, but right now it remains to be seen,” said Brian Kulpa, town supervisor. 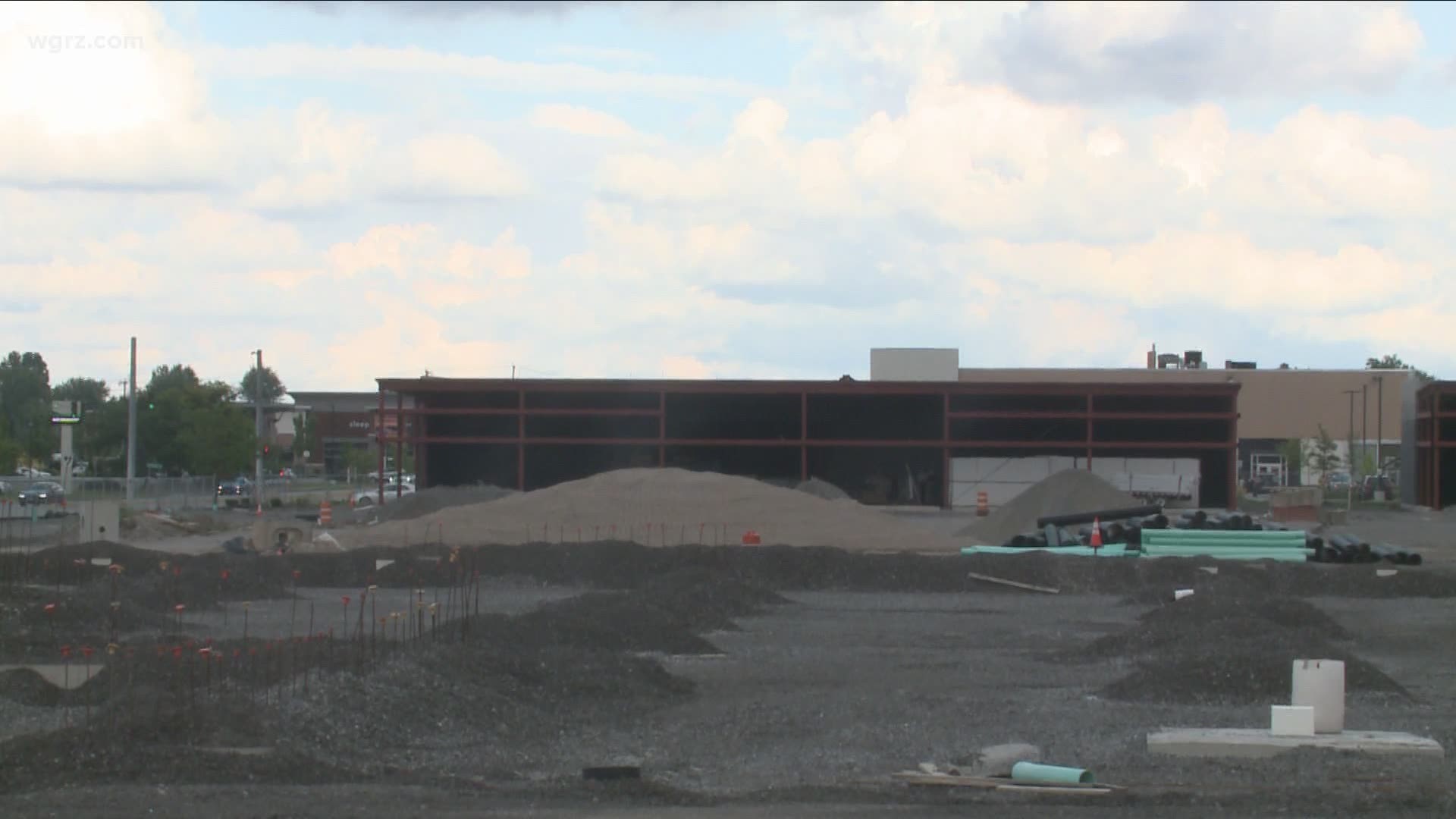 AMHERST, N.Y. — When you head down Sheridan Drive in Amherst and pass the once Northtown Plaza, you'll notice not much work is being done on the new Station Twelve development.

"That has been a disappointment this year," said Town of Amherst Supervisor Brian Kulpa.

Kulpa told 2 On Your Side that Station Twelve developers, Manhattan-based WS Development, have put the project in a holding pattern due to the COVID-19 pandemic.

WS Development broke ground on the retail and restaurant space in November of 2019. Kulpa said construction was halted during the shutdown in March and has not resumed.

“They have done some temporary measures, they are going to be lighting the site, they are going to be doing other work on the site but they haven’t restarted their buildings," he said. "Frankly it’s a bit of a mothballing effort. We expect them to sort of restart but I’m not positive they will restart until spring.”

Kulpa and  Amherst Chamber of Commerce President A.J. Baynes both said the current national retail landscape during the pandemic is what's keeping the project paused.

"It doesn't take a lot to look and see that their development project is based on lease agreements with retailers," Kulpa said. "So getting retailers to agree to move forward with construction is not easy given the state of retail right now."

Kulpa said WS Development is a quality developer, and said they assured him they will restart construction, but without a timeline. He said he's worried the completion date could be moved from spring of 2022 to spring of 2023.

Baynes told 2 On Your Side he is confident that WS Development will complete the project.

“When you look at WS Development and their portfolio you’ll see they have delivered a world class product everywhere they’ve gone from Palm Beach, Florida to Boston, Massachusetts," he said. "When you look at somebody like them and the reach that they have I have the confidence that they have the wherewithal to see this project through to the end. They have not signaled differently. So I have to take them at their word that their plan is to still to move forward."

2 On Your Side made multiple attempts to reach WS Development via phone and email Tuesday about their plans and timeline for the project. We're still waiting to hear back.