Construction on Chippewa Street in the Entertainment District now complete

The infrastructure project for the section of Chippewa Street between Elmwood Avenue and Main Street aimed to improve accessibility and curb appeal. 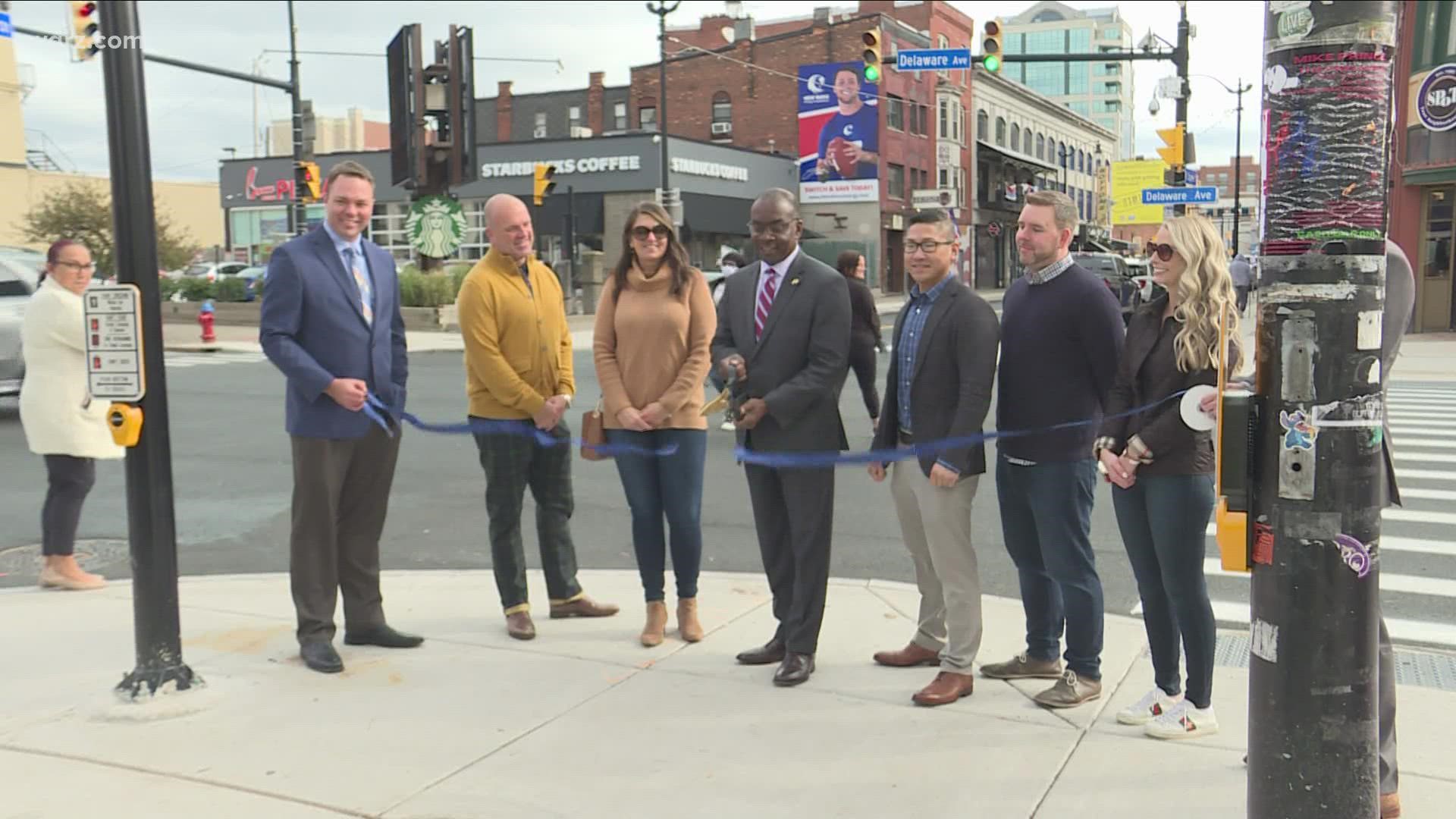 On Friday, Mayor Byron Brown announced the completion of the project to increase accessibility and make the street in the Entertainment District more attractive. The street is now open to two way traffic and all sidewalks have reopened.

"Work started in the Chippewa Street entertainment district on April 5, and today, just over six months later, it is complete," Brown said. "The goal of this project is to make the Downtown Entertainment District a more attractive, friendly, and engaging place to be, and that was definitely achieved here on Chippewa."

"When the COVID-19 pandemic began, we worked with entertainment district business owners to create a safe outdoor space on Chippewa Street that helped many businesses open at a time when only outdoor and take-out food and drink was allowed," Mayor Brown said.

"As we’ve seen over the past several weeks with the Buffalo Bills Block Parties, people are excited to gather here in downtown Buffalo and are already enjoying the upgrades."

"The Chippewa neighborhood has so much to offer, it is the heart of the city, the entertainment district," said Rachel Manno, president of the Chippewa Street Alliance. "Surrounded by the theater district, the convention center, hotels, residential areas, and the medical campus, the new streetscape helps to connect the areas and create a more inviting atmosphere for the community and for our guests from near and far."

Similar improvements are happening on Franklin Street, with work scheduled to start on Court Street for spring 2022. Tree planting is also scheduled for Chippewa next year.