Schumer, Gillibrand, Higgins, Reed call on Cuomo to resign or be impeached

Both U.S. senators had earlier said an independent investigation into the allegations against Cuomo was essential. 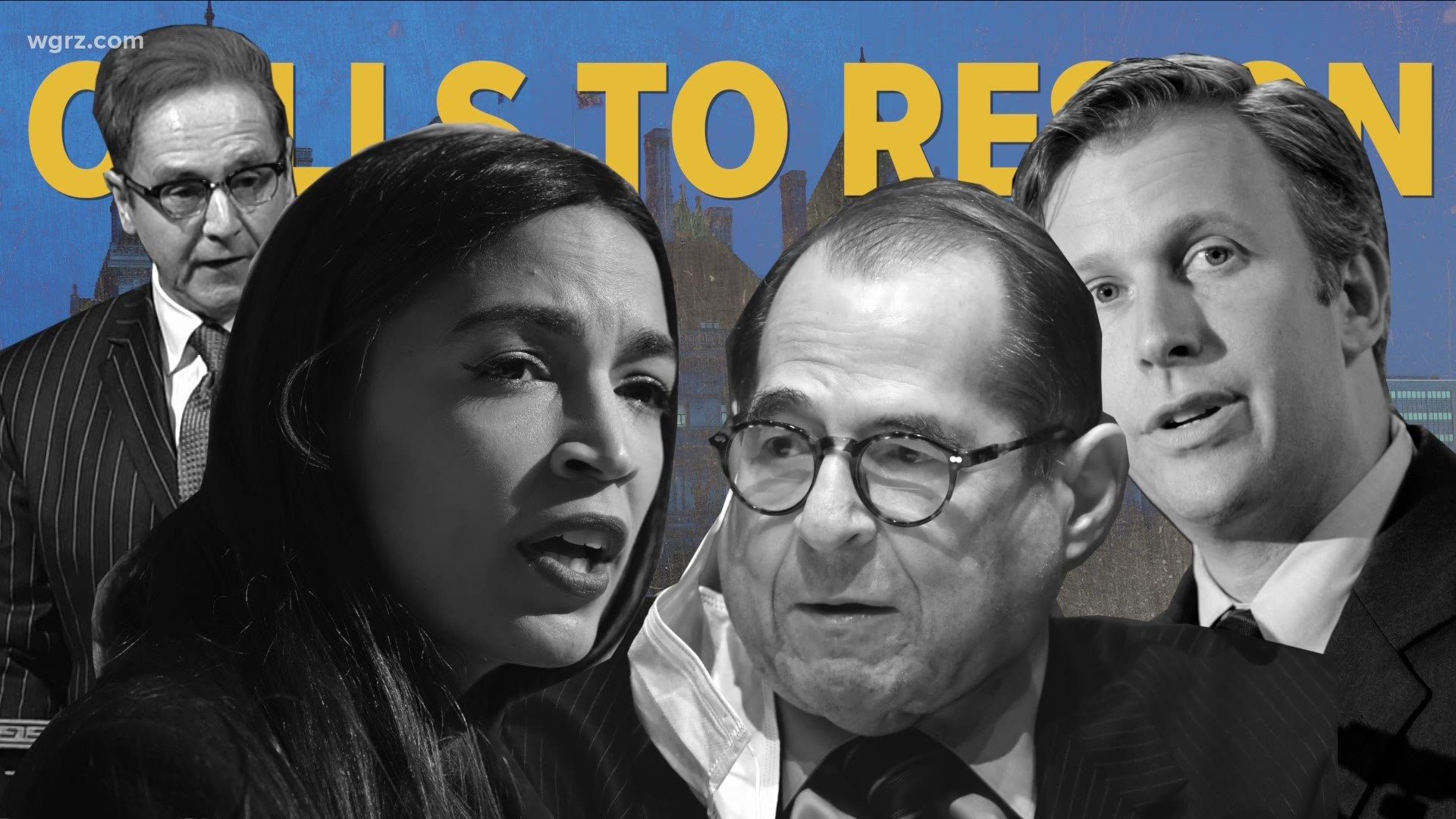 BUFFALO, N.Y. — U.S. Senate Majority Leader Chuck Schumer and U.S. Sen. Kirsten Gillibrand have called on New York Gov. Andrew Cuomo to resign, adding the most powerful Democratic voices yet to calls for the governor to leave office in the wake of allegations of sexual harassment and groping.

They said in a joint statement Friday that tackling the COVID-19 “crisis requires sure and steady leadership” and that it's become clear Cuomo has “lost the confidence of his governing partners and the people of New York.”

Both had earlier said an independent investigation into the allegations against Cuomo was essential.

Earlier in the day, U.S. Congressmen Brian Higgins (D, NY-26) and Tom Reed (R, NY-23) were among the lawmakers representing Western New York calling for the resignation or impeachment of Cuomo.

Cuomo, 63, has been accused of sexual harassing or assaulting six women. The most recent allegation was from an aid who says the governor groped her in the Executive Mansion last year.

On Friday, Higgins sent the following statement to the media, indicating that the latest accusations have changed his stance.

“Over the past several weeks we have heard the stories of strong and brave women.  I previously issued a statement supporting ongoing, independent investigations into early accusations, but given continuing new accounts, it is clearly time for the Governor to resign.

“This a challenging time for New York.  There is too much important work to be done.  We need to move forward.”

Tom Reed's campaign team sent out an email Friday calling for Cuomo's impeachment. Reed writes that he feels "Cuomo’s ego won’t let him step down." He cited the sexual harassment allegations and handling of nursing homes as his reasoning.

Reed added that he feels the impeachment process must be bipartisan and said that he feels Cuomo and his associates should be held accountable. Throughout the email, Reed included links asking for contributions to his congressional campaign.

Credit: AP
In this image from video, Rep. Tom Reed, R-N.Y., speaks as the House reconvenes to debate the objection to confirm the Electoral College vote from Arizona, after protesters stormed into the U.S. Capitol on Wednesday, Jan. 6, 2021. (House Television via AP)

Other Democratic congressional members including U.S. Reps. Jerry Nadler and Alexandra Ocasio-Cortez joined those calls Friday for Cuomo to resign. Nadler said Cuomo has lost the confidence of New Yorkers.

Cuomo’s office didn’t immediately respond to a request for comment.

2 On Your Side recently reported that the majority of local lawmakers in the State Senate and Assembly are calling for Cuomo's resignation.