Governor Cuomo’s actions leave business owners scratching their heads over whether they could re-open on Friday and under what conditions. 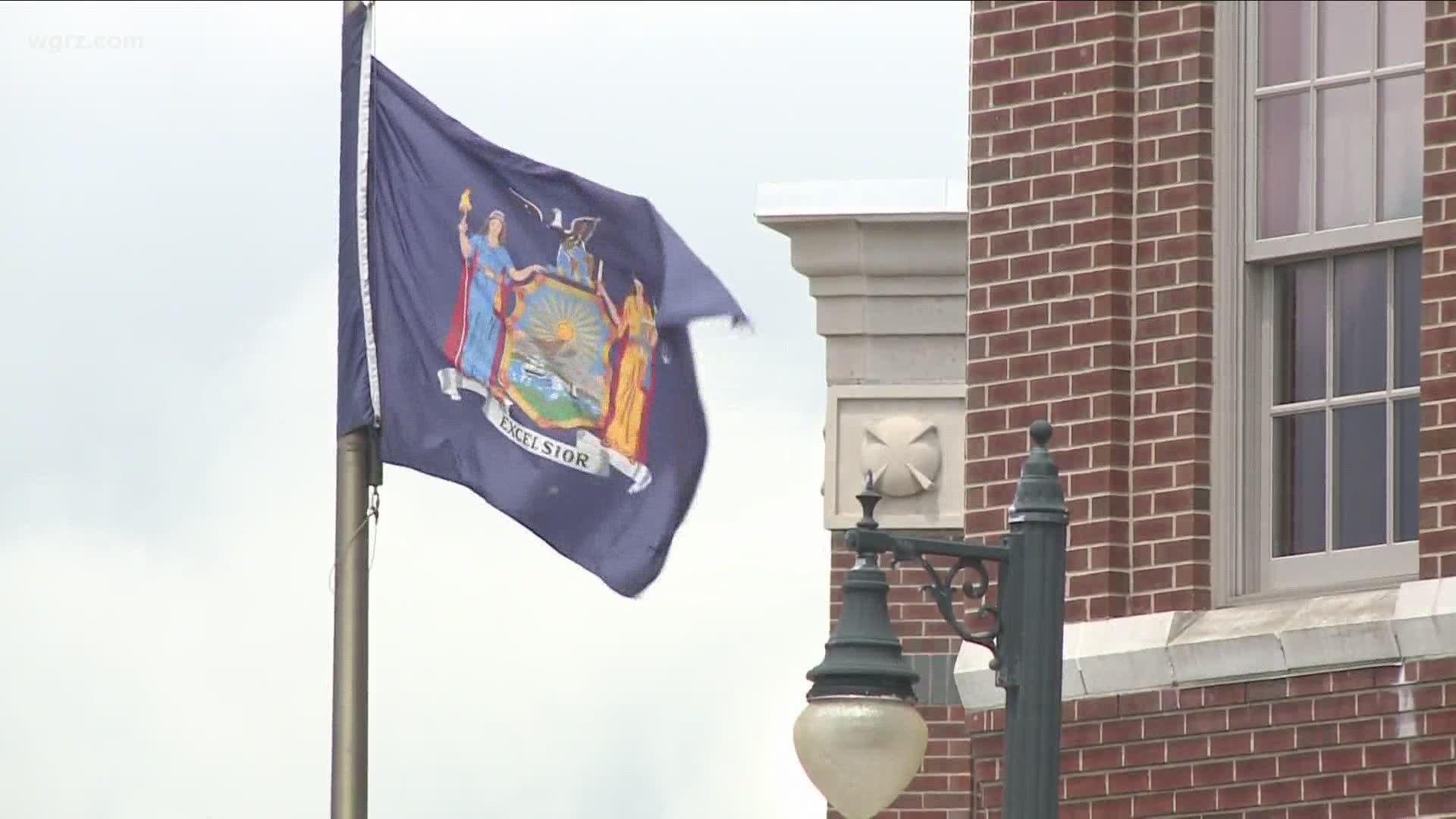 BATAVIA, N.Y. — Since it reached phase one of re-opening two weeks ago, there had been a lot of anticipation in the region designated as “Finger Lakes” by the state for purposes of its phased in coronavirus re-opening plan, that Friday would mark the first day of phase two.

“It’s hard not to anticipate that when it's been two weeks and everyone in this region has been following the metrics and the metrics have been good, " said Tom Turnbull, President of the Genesee County Chamber of Commerce.

However, many businesses included under phase two plans did not re-open as anticipated for several reasons, not the least of which was a pronouncement by the Governor Andrew Cuomo on Thursday night that data needed to be reviewed by experts from other countries.

This set off howls of protest from some civic leaders in regions across the state who also anticipated a phase two re-opening on Friday, as Cuomo had never mentioned that as a requirement before.

On Friday afternoon, Cuomo proclaimed those regions could enter phase two, just hours after the state finally produced guidelines and rules on how they could operate.

“I know I had a lot of frustrated businesses calling me and saying, ‘what's the deal’?" Turnbull told WGRZ-TV.

The deal is that right now --as opposed to the nearby Western Region which is still stuck in Phase One, there is an additional relaxation of the more than two-month-old shutdown orders issued by Cuomo which have left many businesses struggling to survive.

Instead of just curbside pickup, stores in Genesee, Orleans, and Wyoming counties which are adjacent to counties in the Western Region can again invite shoppers inside, albeit with limited occupancy, social distancing measures, and the wearing of face coverings.

You can also legally get a haircut in those counties again, as well as visit several types of offices including those of lawyers and real estate agents.

Questions remain, however, as to how many of those businesses can recover or may never re-open because they were irreparably harmed by Cuomo’s orders.

“We have 500 members I haven’t heard one saying that they're not going to re-open,” said Turnbull, although he acknowledged there will likely be businesses now shuttered that will never return.

“I’m assuming there will be some, but I hope it’s fewer than 10 percent of them,” he said.

In the meantime, he offered some advice on ways consumers could help businesses re-emerge, beyond simply patronizing them.

“If you really want to help them, follow the rules,” he said, making particular reference to wearing face coverings when required.

“I know America is all about freedoms and everything, but these local businesses want move forward and it's not really fair to put the business person on the defensive and have to ask you to wear a mask and get in a big confrontation and in their store,” said Turnbull.

Governor Cuomo issued an executive order in April requiring cloth face coverings for persons over the age of two years whenever they are in public “where social distancing is impractical”.

While Cuomo, who is not a doctor, insists that masks help stop the spread of coronavirus, some doctors disagree, including those who recently wrote in the New England Journal of Medicine that: “wearing a mask outside health care facilities offers little, if any, protection from infection. The chance of catching Covid-19 from a passing interaction in a public space is therefore minimal. In many cases, the desire for widespread masking is a reflexive reaction to anxiety over the pandemic.” 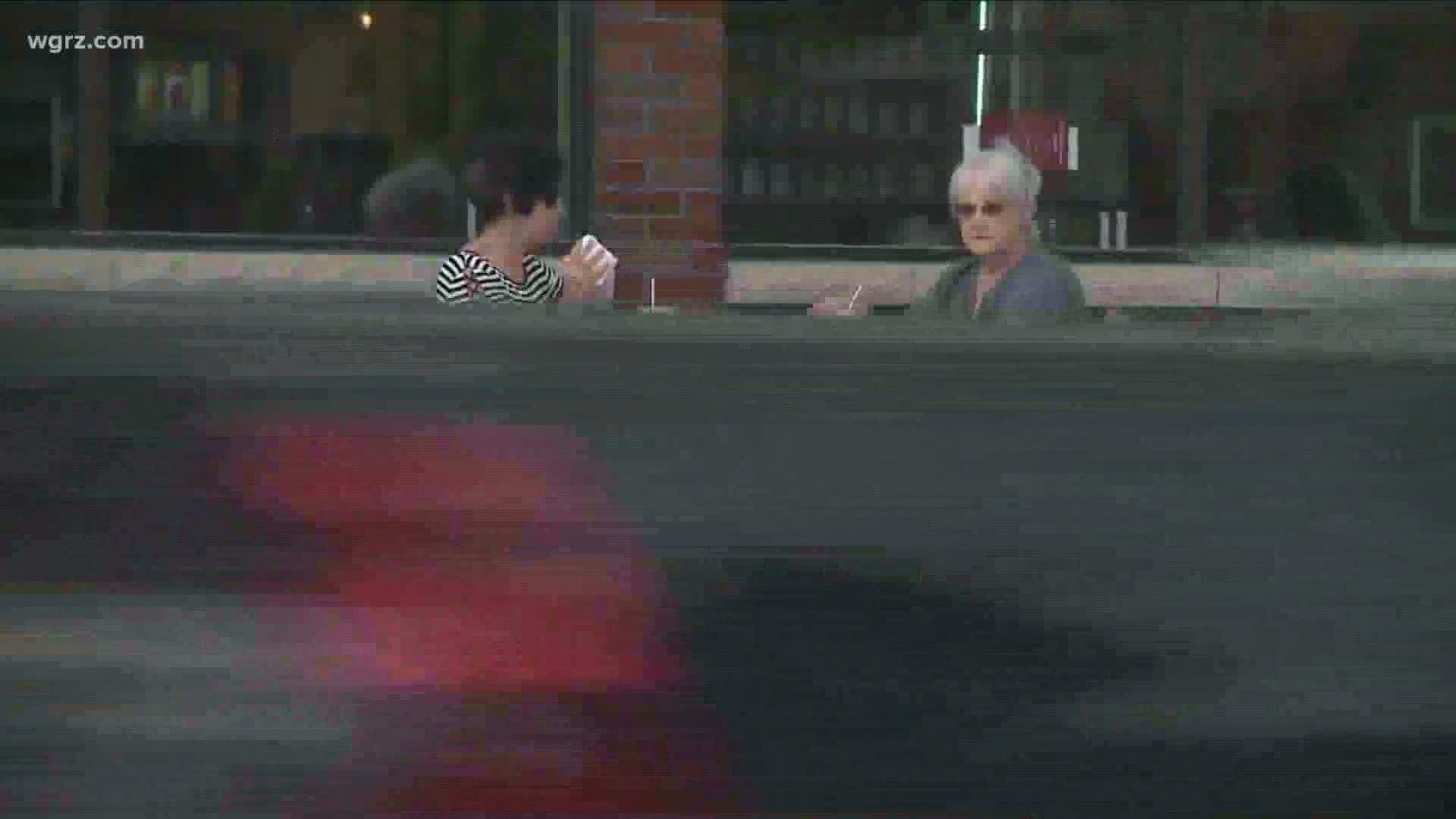 RELATED: Phase 2, for some of WNY, started today

RELATED: US cuts ties with WHO over virus, takes action against Hong Kong

RELATED: What to expect the next time you go to the salon