The process will take a few weeks to set, then construction will begin on the new tourist attraction. 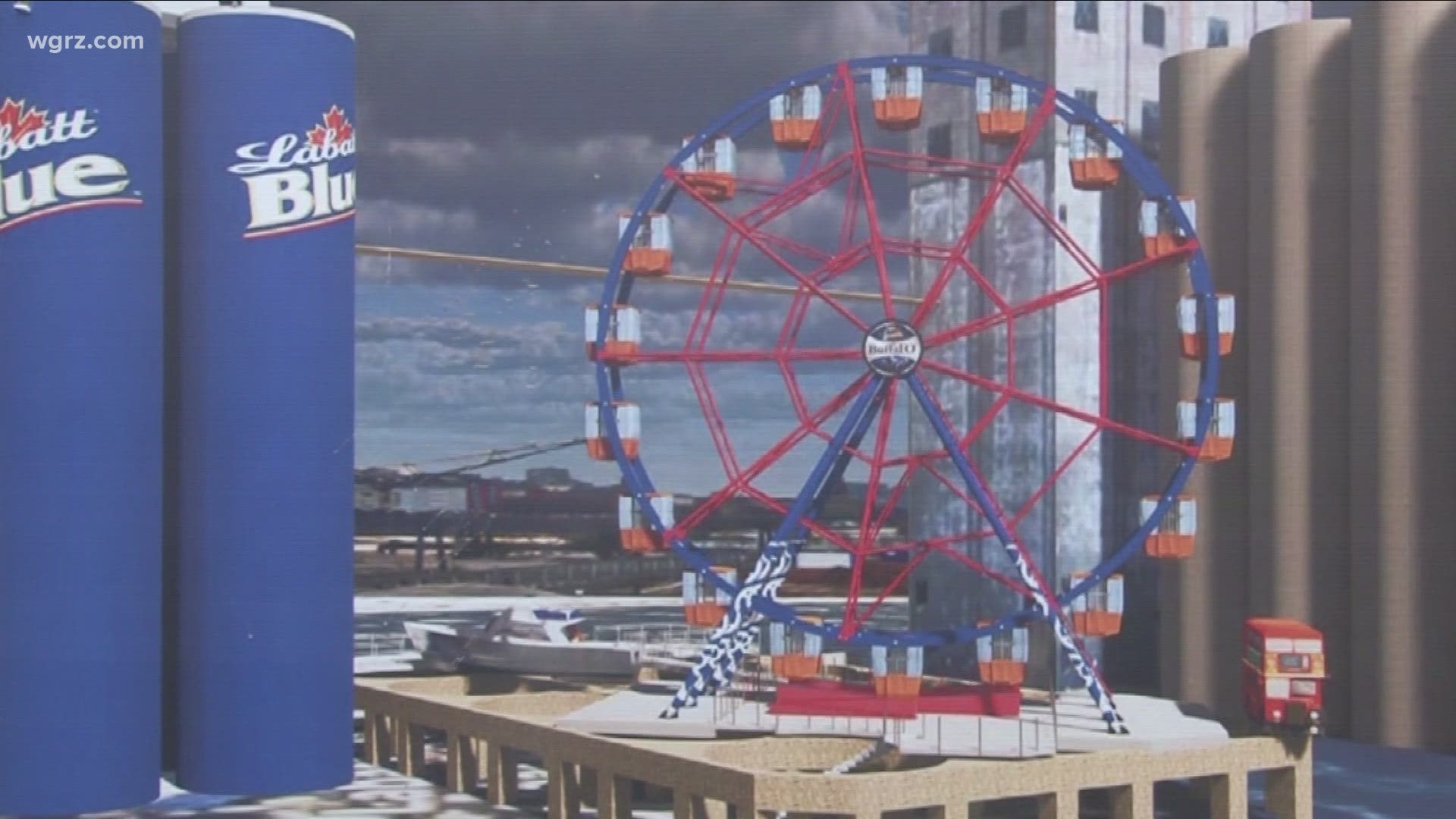 BUFFALO, N.Y. — A fleet of 55 concrete trucks will be busy at Buffalo RiverWorks pouring the foundation for a new tourist attraction on Friday.

The Buffal-O Ferris Wheel will be constructed on the foundation of an old grain silo outside of RiverWorks. The general manager of RiverWorks, Bill Casale, tells 2 On Your Side that this project was two years in the making.

Crews on Friday will pour more than 1 million pounds of concrete. It will take the concrete about three weeks to cure. After that, crews from Sweden and Tampa will be in town to construct the Ferris wheel itself. The initial concrete pouring was delayed by a few days due to the rainy weather in Buffalo.

"Hopefully it's going to be a major tourist attraction. It's great for the region. We want to be known similar to Navy Pier in Chicago or Coney Island," Casale says. "It's an exclamation point on our renovations."

When the project is done, the Buffal-O Ferris Wheel will stand 105 feet above the ground and will offer both views of the city skyline and of Lake Erie. The project is part of $25 million renovation of the silo area around RiverWorks.

In addition to the Ferris wheel itself, there will also be a viewing platform that overlooks the water. This is all in addition to the few kiddie rides that are already outside RiverWorks. Casale says they don't want to become an amusement park, but want to give families more things to do when they come down to the area.

The project is expected to be completed in the next three to four weeks.