As first reported by Buffalo Business First, staffing woes are making it tough for day care operators, and for employers who are counting on bringing workers back. 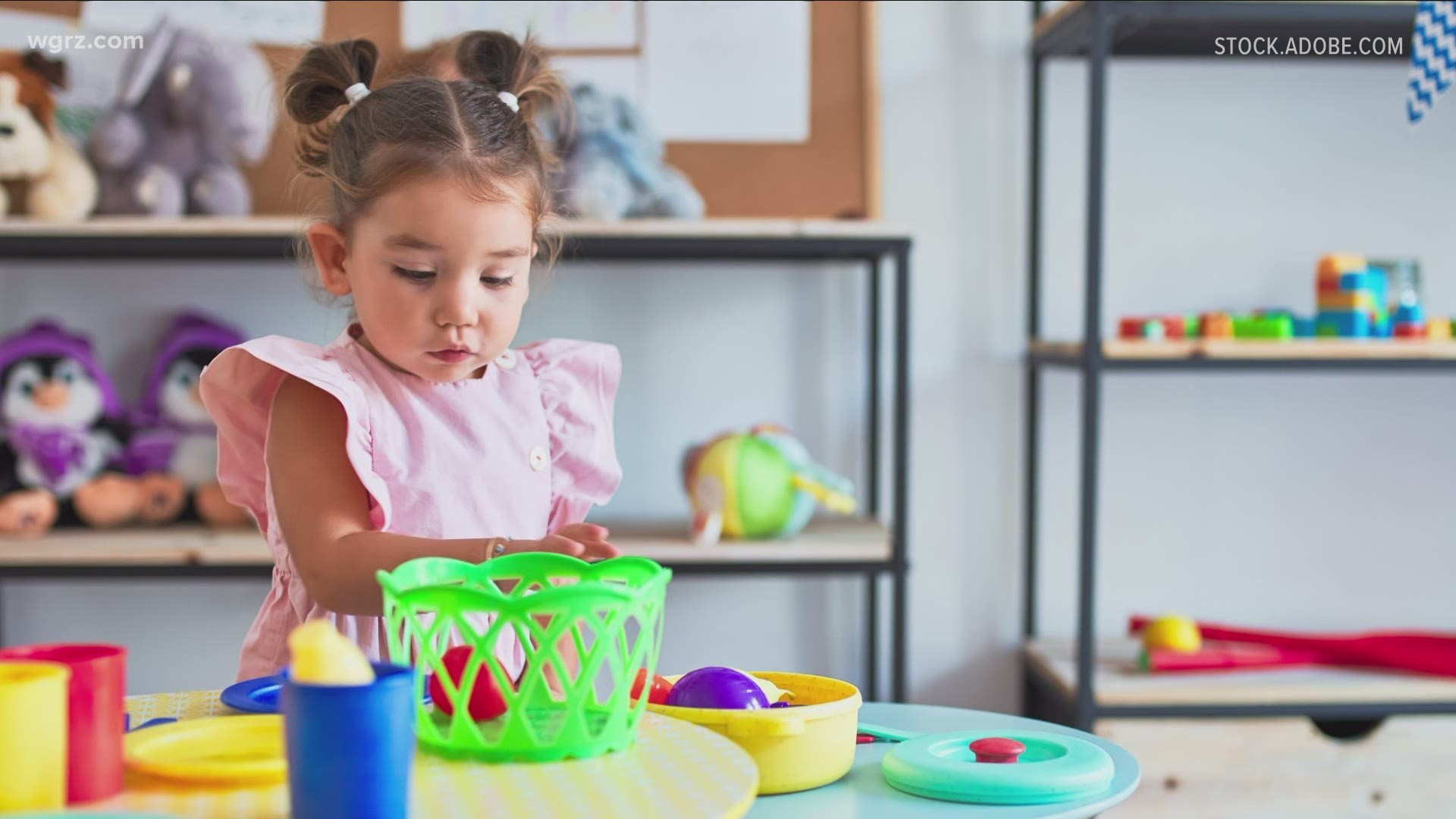 BUFFALO, N.Y. — With COVID-19 restrictions loosening, many people who haven't returned to the office yet will likely be doing so soon.

However, that might be harder than expected, with childcare in high demand, as first reported by our partners at Buffalo Business First.

Little People’s Park Day Care Center in Amherst is just one of many facilities having to turn some families away.

"I have a waiting list of about 25 people, in addition to those who have already enrolled but are just waiting for a start date," said Faith Yocum, the owner and director.

Yocum told 2 On Your Side the classrooms they have open are at maximum capacity.

"The issue that we're experiencing is that we have classrooms that we are unable to open because we're unable to find teachers and assistant teachers to staff them," she explained.

Yocum believes there are several reasons for this -- a big one, being enhanced unemployment benefits. She said people applying for openings, but not showing up for interviews has become common.

"That just tells me that they want to be on a 'search' but they're not actually looking for a position to fill," Yocum said.

When it comes to upping pay or offering more incentives like other industries are doing, Yocum told 2 On Your Side with childcare, it's not that simple.

She explained, "They're on fixed incomes as well, our parents, and they count on a certain tuition rate so we don't have the option to just increase tuition at will to accommodate higher rates because it's not affordable for many parents already."

Also, many childcare businesses rely on government subsidies for tuition, so they don’t have additional funds to boost wages. 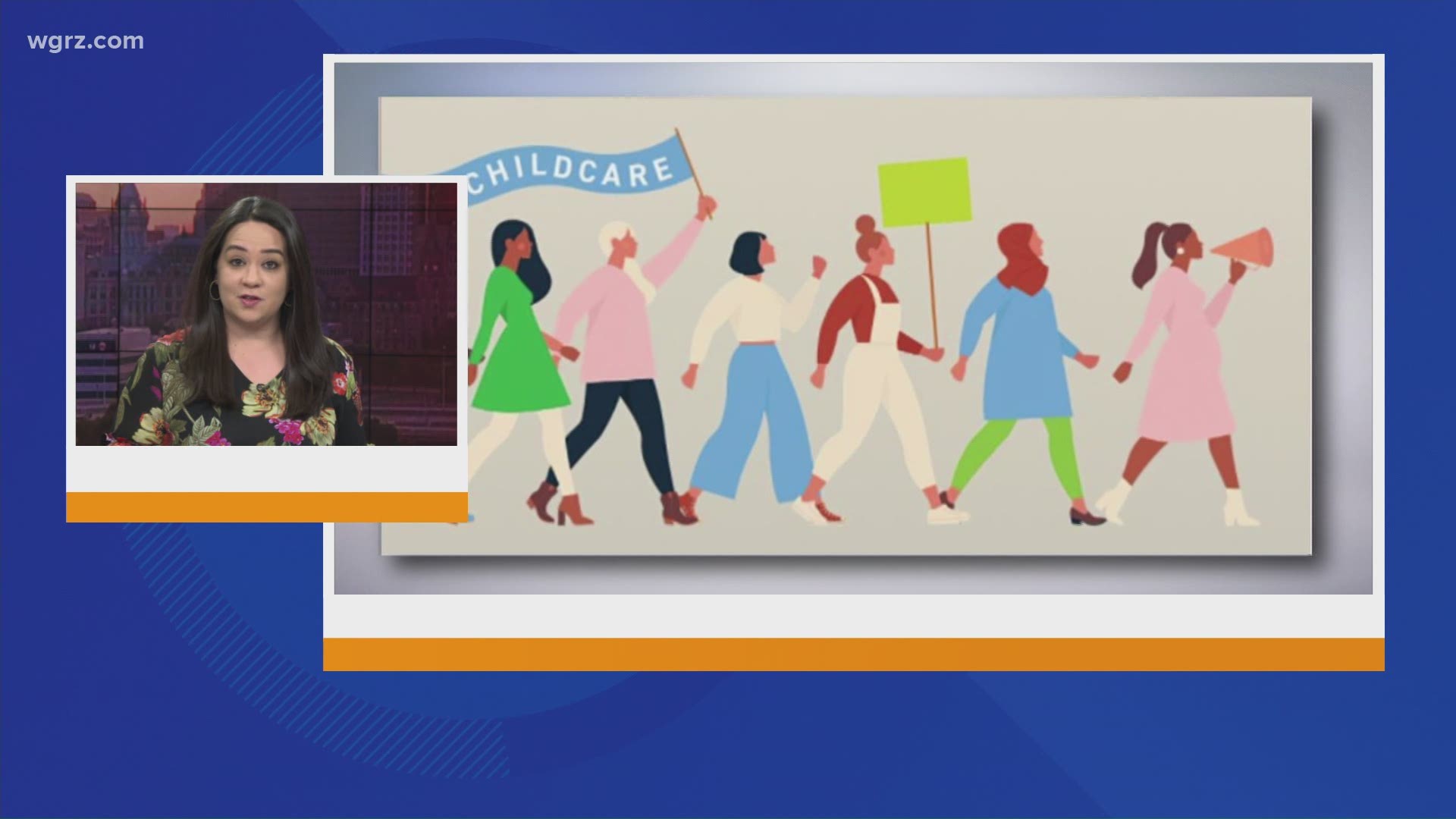 "The business model for these primarily women and minority-owned childcare businesses is a flawed system, to begin with," said Scavone.

She added, "Childcare is not like owning a pizzeria where the cost of pepperoni goes up and you raise the cost. They can't do that and there are very strict ratios of how many children are allowed per staff."

Scavone said the childcare industry was in crisis even before the pandemic but now she believes we could be facing a 'catastrophic situation' from a workforce standpoint, disproportionately impacting women.

"When you're a company and you're ready to get back to work and you say, 'okay, come on in,' and that woman does not have childcare, she's gonna have to make an exceedingly difficult choice, whether to quit her job and stay home with her child or whether to figure out another solution if there is one."

The Western New York Women's Foundation has been advocating for systemic change toward quality, affordable and successful childcare for many years on a state and federal level. Scavone said we need to adjust the way we think about childcare -- from something nice to have, to an essential workforce support.

"Childcare centers are closing every day. Parents cannot access childcare every day. There really does need to be a sense of urgency and collective innovation about to create a better system moving forward," said Scavone. 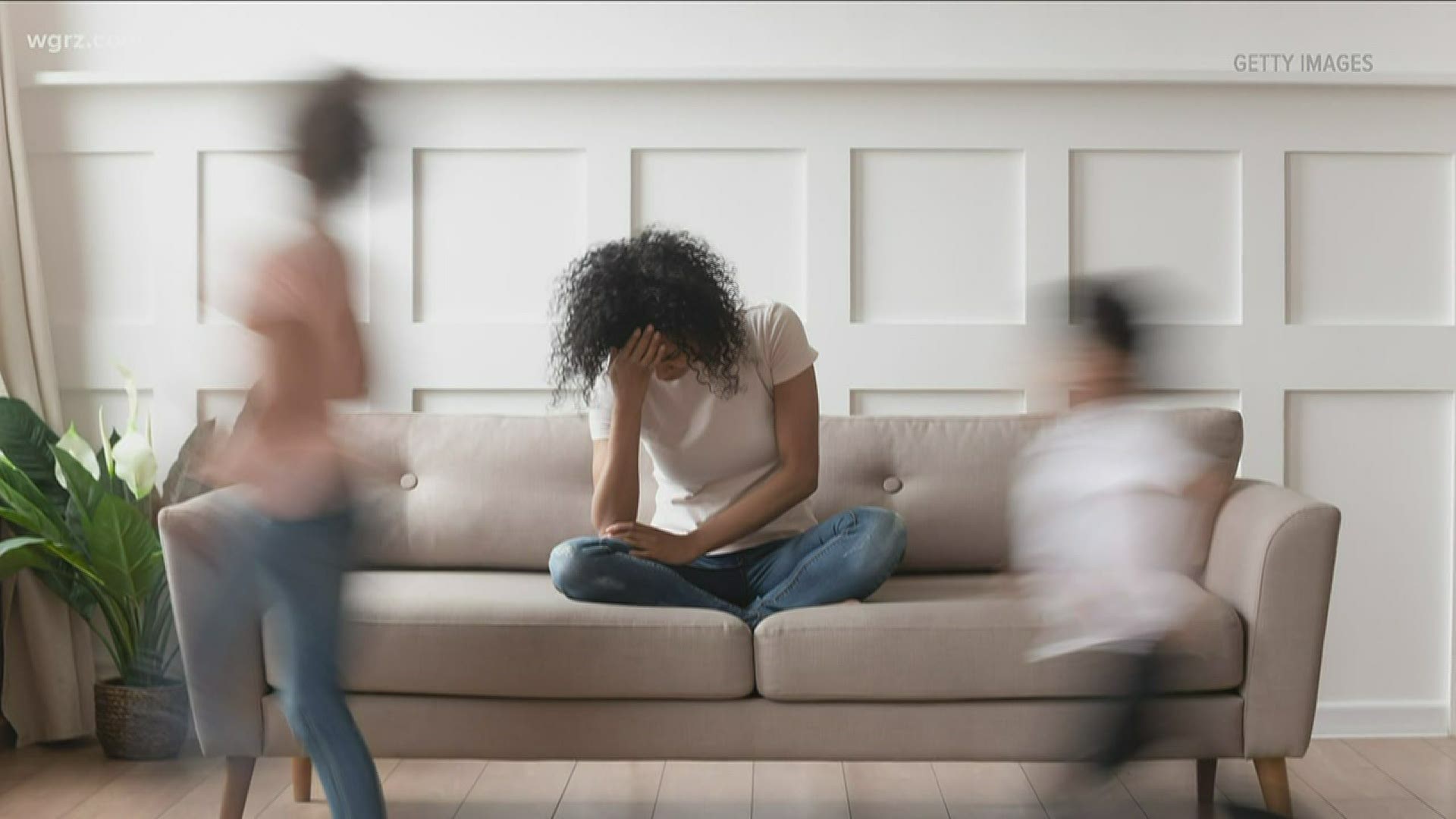