With a lot of finger-pointing and 'we said, they said' happening, broadband users continue to face service shortfalls in New York State. 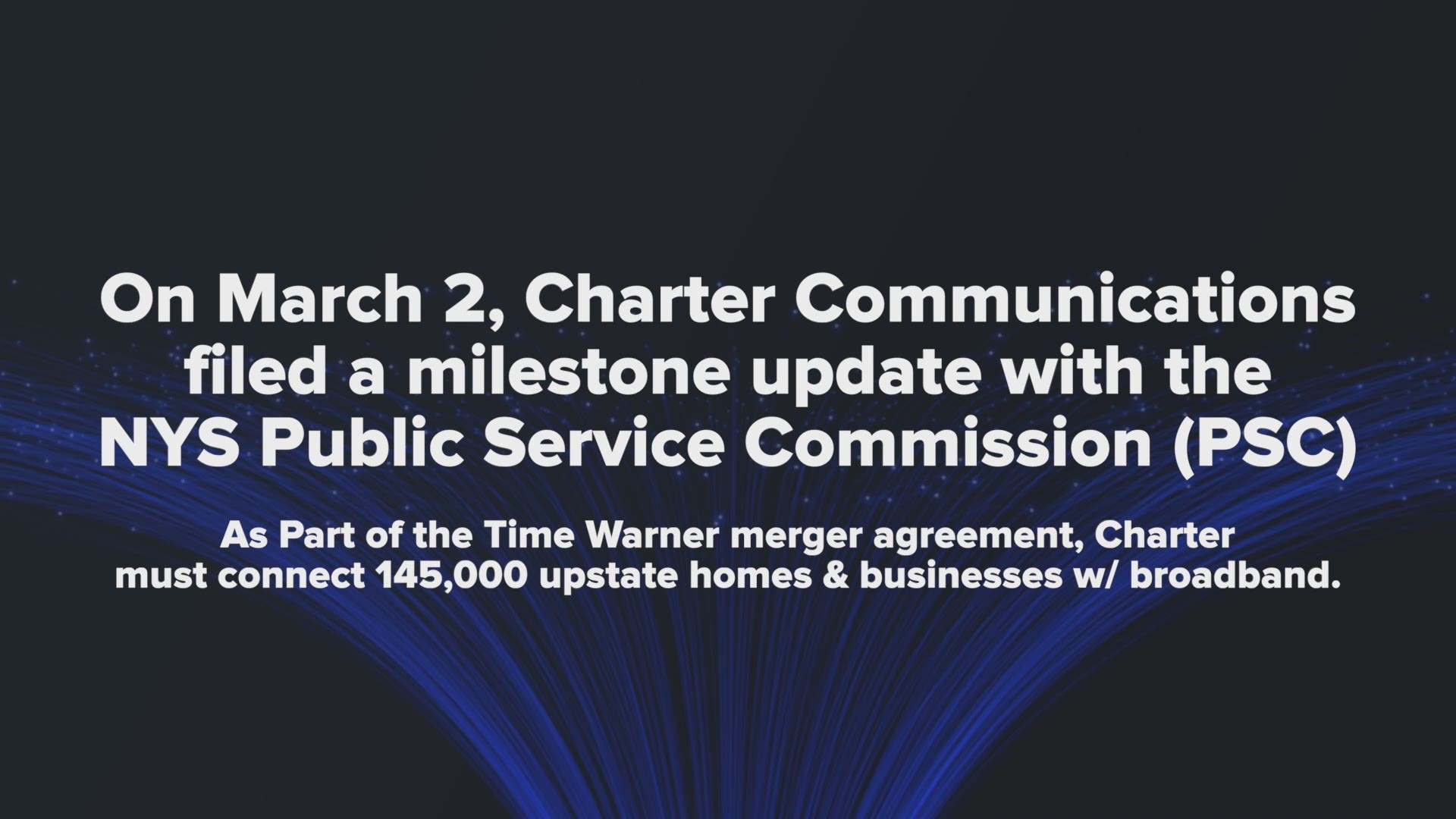 The comptroller's office and the public service commission appear to be at odds over the results of an audit performed by the Office of State Comptroller (OSC).

The audit suggests the Public Service Commission (PSC) is falling short in monitoring Charter Communications (operating as Spectrum) and other utilities for the services they deliver to customers.

The audit also suggests that the Public Service Commission lacks the proper equipment to measure internet speeds by service providers. The PSC refutes many of the findings of the audit.

“My auditors found the state Public Service Commission was not doing enough to make sure utilities are holding up their end of the deal,” Comptroller Thomas DiNapoli said in a statement. “PSC lacked critical equipment to do its job and rarely inflicted financial consequences when companies did not deliver. This has to change.”

The OSC began the audit in June 2018. Also in June 2018 the PSC rescinded the merger agreement with Charter and renegotiated a new deal that was finalized in July 2019. In December 2019 the OSC provided the PSC with the draft of the audit. Who's on first?

In response to the audit, the Public Service Commission disagreed with 13 of the findings by the Comptroller's audit team.

In a statement to 2 On Your Side, the PSC said:

The Department of Public Service uses all enforcement tools at its disposal to hold utilities accountable and major enforcement actions have resulted in more than $675 million in benefits for New York consumers in just the last two years. Our dedicated staff is in the field every day inspecting utility work for compliance and their shareholders pay the consequences when they fail to meet our requirements.

Charter Communications released its quarterly milestone report on March 2. This report comes after a recently renegotiated agreement between the service provider and the PSC after it had initially failed to meet its requirements put forth after the Time Warner merger.

Charter is mandated to connect 145,000 locations by the end of 2021 as part of the new agreement with the state. In their  March 2 filings, the company reported that they’ve completed 100,421 "passings" as part of their agreement, roughly 12,000 ahead of schedule.

Charter also rebuffed the findings by the OSC audit.

“Charter has not only met but exceeded its merger commitments, bringing hundreds of millions of dollars in new investment and significant enhancements to the products and services offered to its customers in New York,” said Lara Pritchard, Senior Director of Communications at Charter Communications.

One of the agreements that Charter made in order to merge with Time Warner was to provide free broadband service to 50 community locations such as schools, low-income housing or underserved areas of the state, which you’ll remember the state says there aren’t any but a 2 On Your Side investigation revealed otherwise.

The audit by the OSC says that Charter has not provided those services to any of the 50 institutions it was required and has failed to provide the Public Service Commission a time frame of completing those projects.

Charter told 2 On Your Side that they have fulfilled this part of their obligation, although it didn’t provide a listing of institutions they connected.

New York State Senator Rob Ortt has been critical of the Public Service Commission and its agreement with Charter. Many of his constituents in the 61st District have not been provided the service they were promised by Charter.

“As we have been saying for years, there has been little to no accountability for the governor, the Public Service Commission (PSC), or Charter,” Ortt said. “The governor and the PSC allowed Charter to merge yet failed to protect residents and enforce the terms of the merger.”

One of the aspects of the agreement that Charter made with the PSC is that the 145,000 homes and businesses connected as part of the merger agreement must be in upstate New York and Charter must be the only provider in that area.

The PSC says that limits were also placed on the magnitude of changes Charter is allowed to make to its plan in order to minimize consumer confusion and frustration, and the number of passings overlapping with network expansions funded by New NY’s Broadband Program.

Within these provisions, Charter has the flexibility to make changes to its planned build-out and updates its web portal every four months to align with its confidential plan filed with the Public Service Commission.

The plan submitted by Charter to the PSC regarding the rollout of its broadband build-out is apparently confidential, though 2 On Your Side has filed multiple FOIL requests to obtain this information.

As for the recommendations in the audit, the Comptroller’s office says the Public Service Commission needs to actively monitor all conditions listed in Orders to ensure all utilities are in compliance.

The Public Service Commission said staff and management met with the audit team on multiple occasions to discuss the disagreements, but consensus could not be reached.