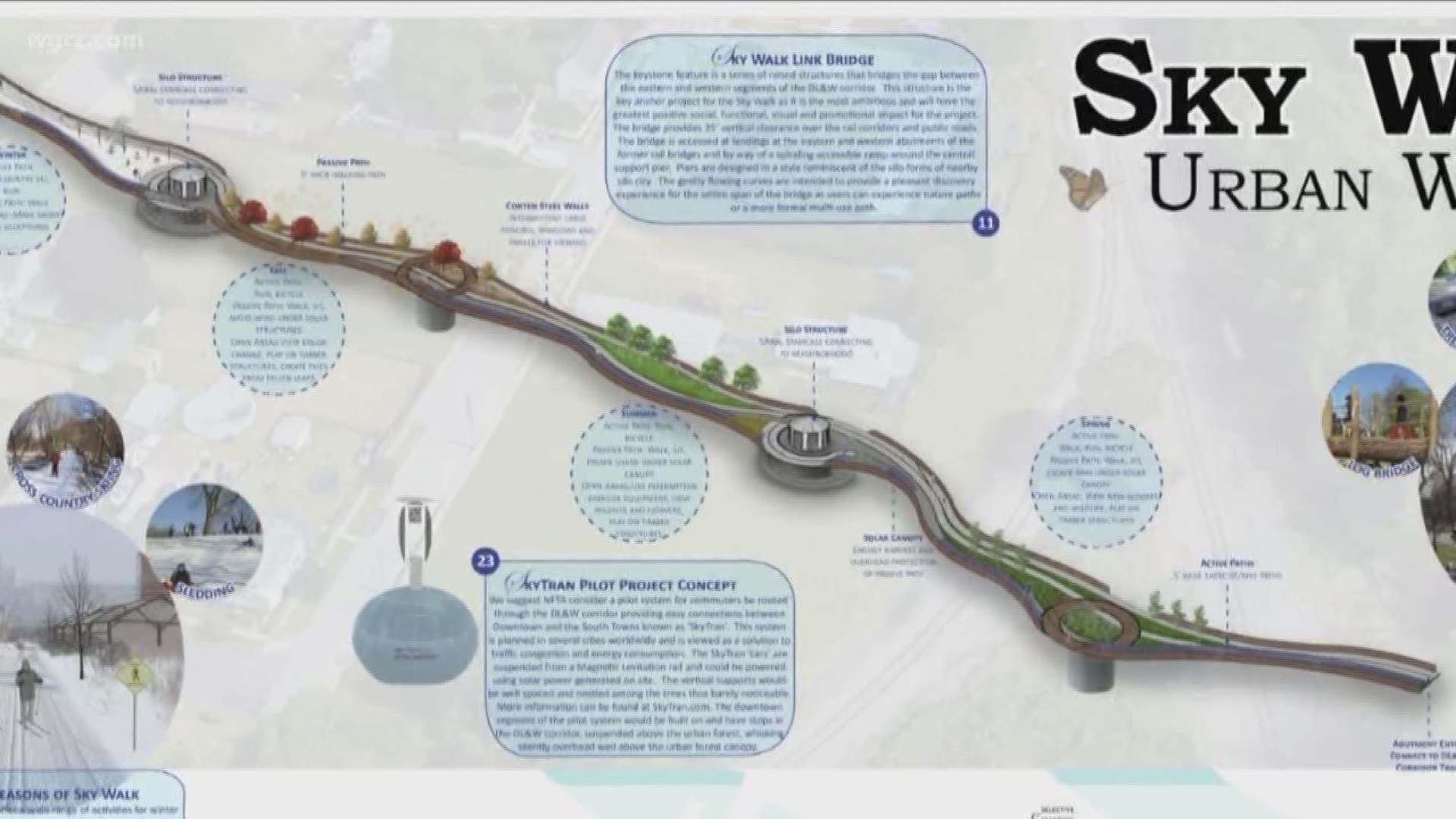 BUFFALO, N.Y. — An open house was held Wednesday night at the M&T Center Atrium to let the public see the top 25 design plans for the DL&W Corridor.

The plan is for the old DL&W Corridor to be transformed into a new greenway and nature trail. The former rail line begins near the mouth of the Buffalo River at Canalside and the old terminal of the same name.

"This abandoned railroad corridor runs from canal side to Buffalo River through Perry, First Ward and The Valley. We want to work with the community to transform it into that cool nature trail, green way that connects both parts of downtown" said Western New York Land Conservancy Deputy Executive Director Jajean Rose-Burney.

More than 100 proposals were initially submitted from across the region, the country, and even from around the world. The one that receives the most votes will win the Community Choice Award.

However, the design that wins won't necessarily come to fruition.

"There’s good ideas in all these posters and we’d like to incorporate all of the good ideas and the things that the community liked in the final design" he said.

The corridor runs on an elevated berm for 1.5 miles east through The Valley, Old First Ward, and Perry neighborhoods and reconnects with the river near South Park Avenue.

"I like the ones that have a lot of native plants and flowers and bushes. Bringing back color and wildlife to the area" said attendee Warren Lippa.

The Western New York Land Conservancy wants the spot to become a new multi-use trail and linear park that's a destination for people in Buffalo and beyond. The group wants the plan to stay true to Buffalo's history and heritage while paving the way for revitalization and a restored ecosystem.

The winner of the Community Choice Award will be announced in May.

RELATED: A Peek Inside the D, L & W Train Sheds