Erica Jennings, who teaches at City Honors, is finding support from all corners. 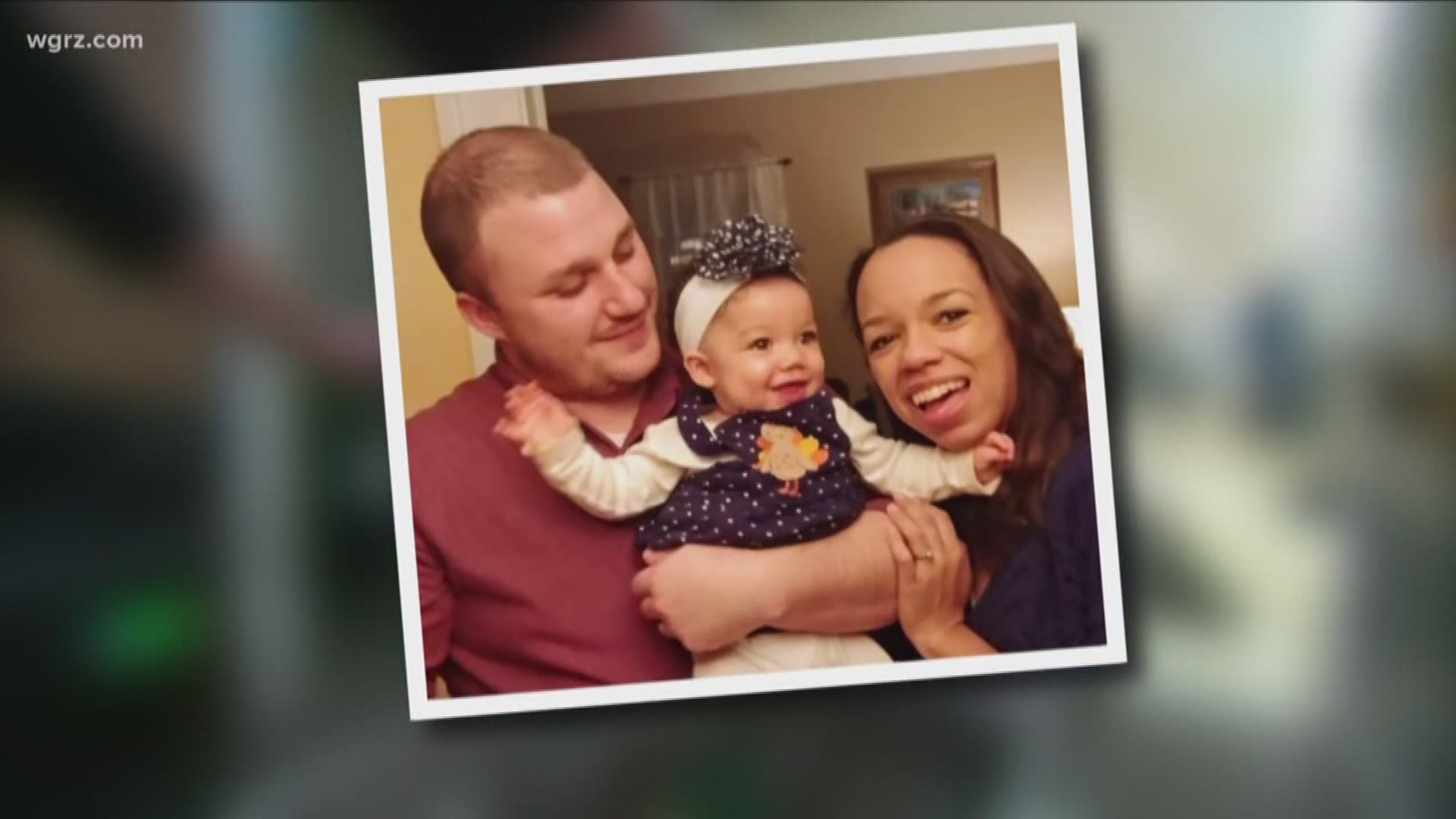 BUFFALO, N.Y. — Erica Jennings is a wife, a mother, and beloved middle and high school teacher. Now, she's in the middle of a tough battle -- with brain cancer.

And in true Western New York fashion, the community is right there in her corner during her fight.

"We were in the emergency room for a severe headache. They made her priority one and put her in the O.R. within hours," recalls Erica’s husband, Thom.

On December 21, doctors diagnosed Erica Jennings with a rare form of brain cancer. At Stage IV, Erica would go on to have a second surgery less than a month later. It was during that surgery that Thom found out his co-workers at Search Solution Group started a GoFundMe page.

Now more than 400 people have donated $27,000, from Thom's co-workers to Erica's co-workers and students at City Honors, where she teaches French and Spanish.

"Seeing a fifth-grader donate $10 and write a little note about you are my favorite teacher, I hope you get well, was all just kind of these nice little anecdotes to put into your day," says Thom Jennings.

Erica and Thom grew up in Albion and were high school sweethearts.

"We actually graduated college together. Walked out over the stage at the same time. Yeah, a bit of a fairytale," he says.

"You go through 30 years of life, and you don't think about just all these people that have been in and out of your life, and just seeing them all come together, it's been amazing," says Thom Jennings. "We grew up in that whole Facebook/MySpace generation where everybody kind of keeps track of your friends and things like that.

"Seeing that there's four-hundred something people out there that care, I mean it just does amazing things for your spirit, and I mean just kind of hits you to the core."