Community activist ready for a legal fight over MLK bust

"It's time to remove that head, melt it down," said Sam Herbert, Buffalo community activist. 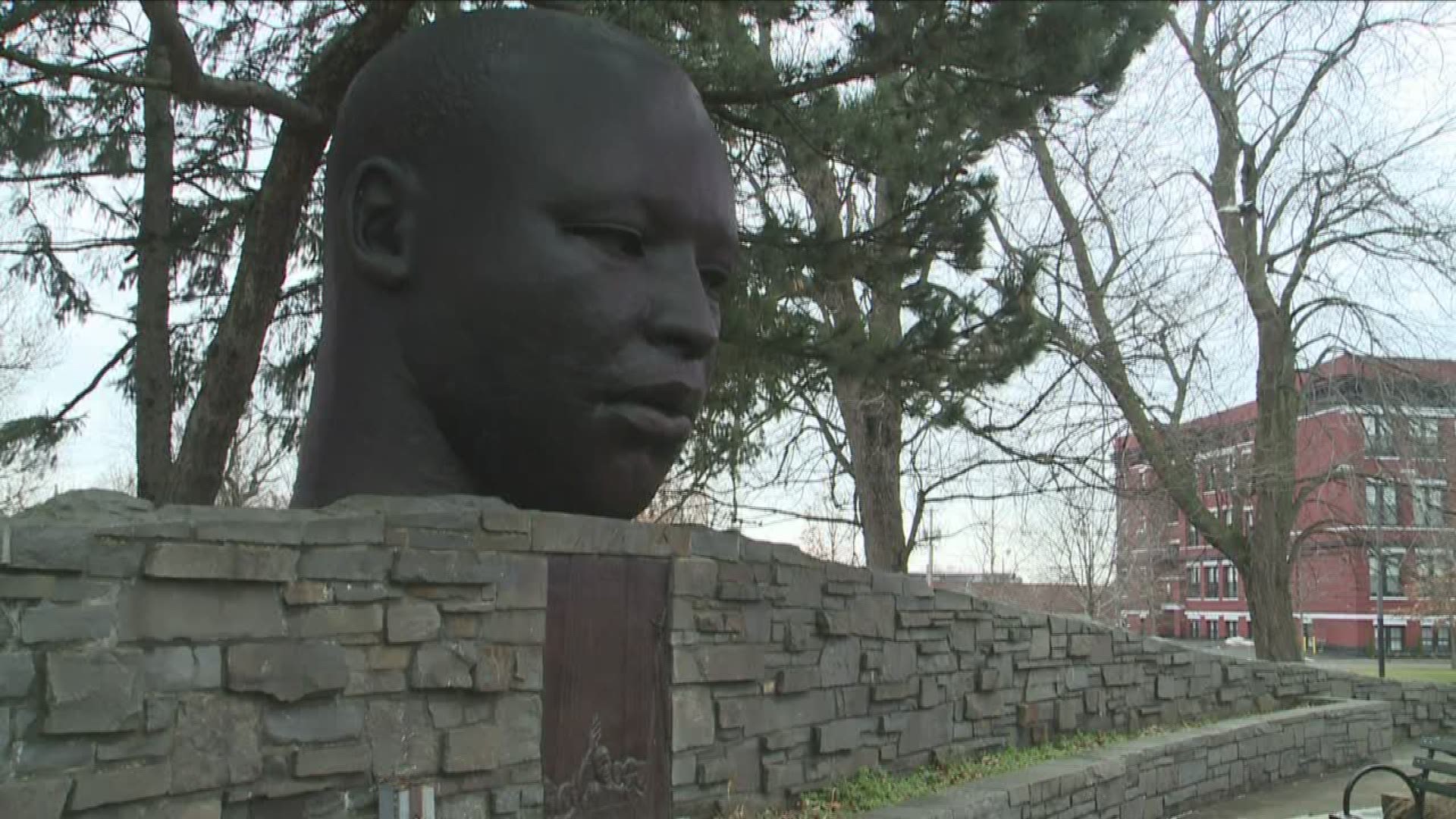 BUFFALO, N.Y. — For nearly two years, Buffalo community activist Sam Herbert has been calling for the removal of the bust of Rev. Dr. Martin Luther King Jr. in a park that bears his name.

Herbert started a petition asking for the city to remove it and replace it with a statute that looks like the late civil rights leader.

14,112 signatures were on the petition, which was turned over to the City of Buffalo.

Those who were behind the bust installation in the 1980's say it was never meant to look like Dr. King.

"I think it needs to stay there just the way it is and what we need to do, should do, if we are going to do something is to erect a statute in another place in the park that looks like our beloved civil rights hero," said Masten District Councilman Ulysees Wingo.

Wingo even suggested using funds in the city's arts budget for a new statute. However, Herbert told 2 On Your Side "we don't even entertain that thought."

"For 35 years there has been no talk of building another statute," Herbert said. "Sam Herbert kicks off we the people campaign and the roaches have come out of the woodwork."

Now Herbert says he has lawyers ready to tackle this issue. He's preparing a legal battle. When asked on what grounds, Herbert said "fraudulent solicitation of dollars to build a statute of Rev. Martin King."