India Walton says she knows what she's up against, but says she's ready. Mayor Byron Brown is in his fourth term and has the advantages of incumbency and fundraising 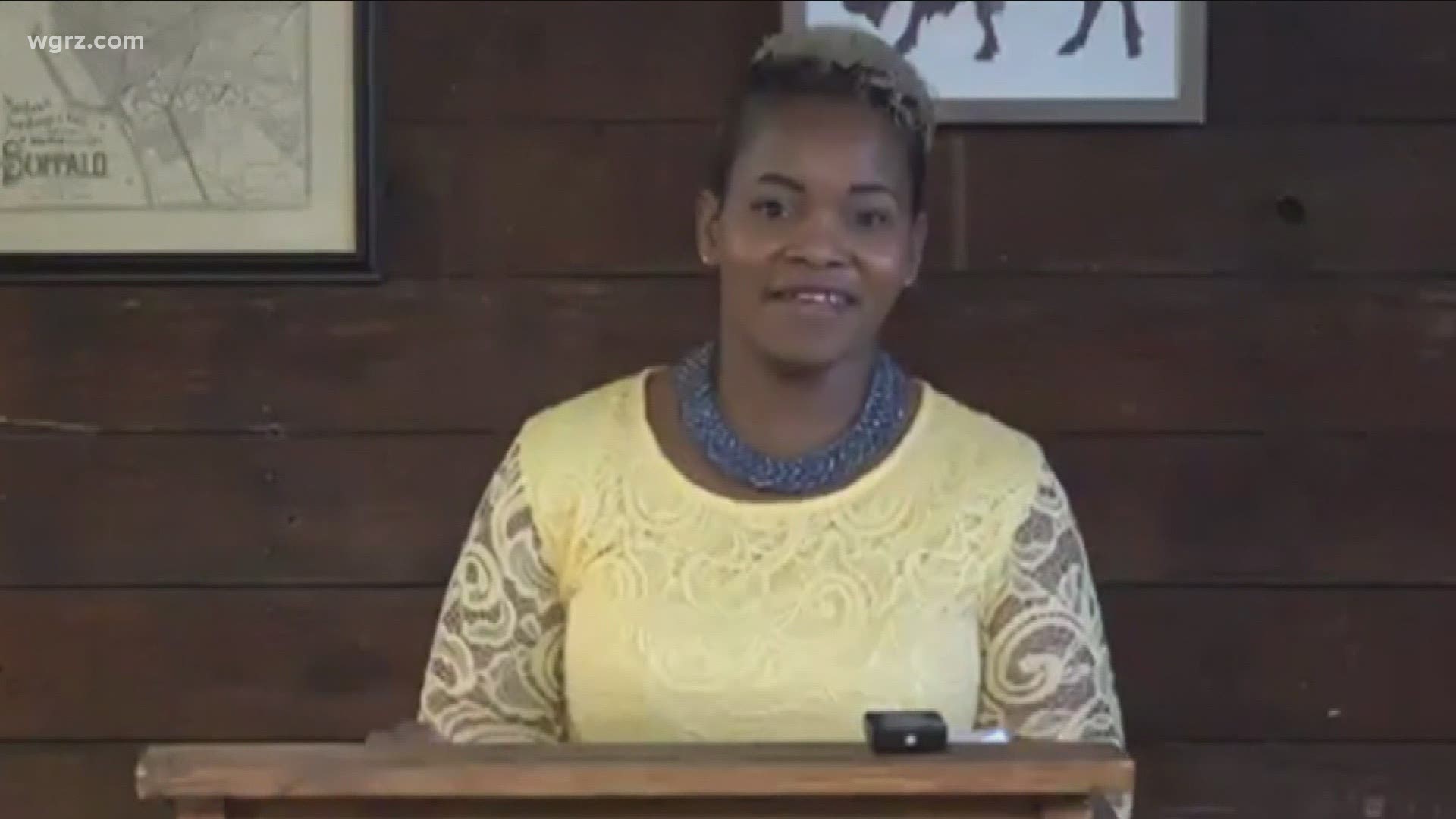 BUFFALO, N.Y. — India Walton has been fighting for justice in Buffalo for a few years. Now she wants to to lead the city of good neighbors and become the first female mayor of the Queen City.

On Saturday, Walton announced her candidacy for mayor of Buffalo. Walton says she wants to make Buffalo into a place where all people thrive and feel valued.

"I've dreamed of this moment since I was a little girl," Walton said. "I've always wondered what it would be like if anyone in City Hall cared about me or what I wanted."

"Affordable housing is going to be be a top priority and I think COVID has really exposed a lot of dysfunction in city government so fiscal accountability and transparency is also going to be one of the things we'll focus in on," Walton said.

When asked about the job Mayor Byron Brown is doing, Walton said, "I think that Mayor Brown is doing the best that he knows how, as a person who is a career politician I think he's a little bit detached from what folks on the ground are feeling."

She recognizes the uphill battle, but she plans to fight it with people, valor and bravery.

"I know what we're up against they will say I'm too radical," Walton said. "I say I'm bold and visionary. We're going to allow our imaginations to run wild and build the buffalo that we want for us all."

Mayor Byron Brown is in his fourth term and has the advantages of incumbency and fundraising.

2 On Your Side reached out to the mayor for a response to this new challenger. A spokesman for Brown says the mayor remains focused on collaborating with federal, state and local partners to protect the health of residents and businesses during the pandemic.

You can watch Walton's full announcement below: