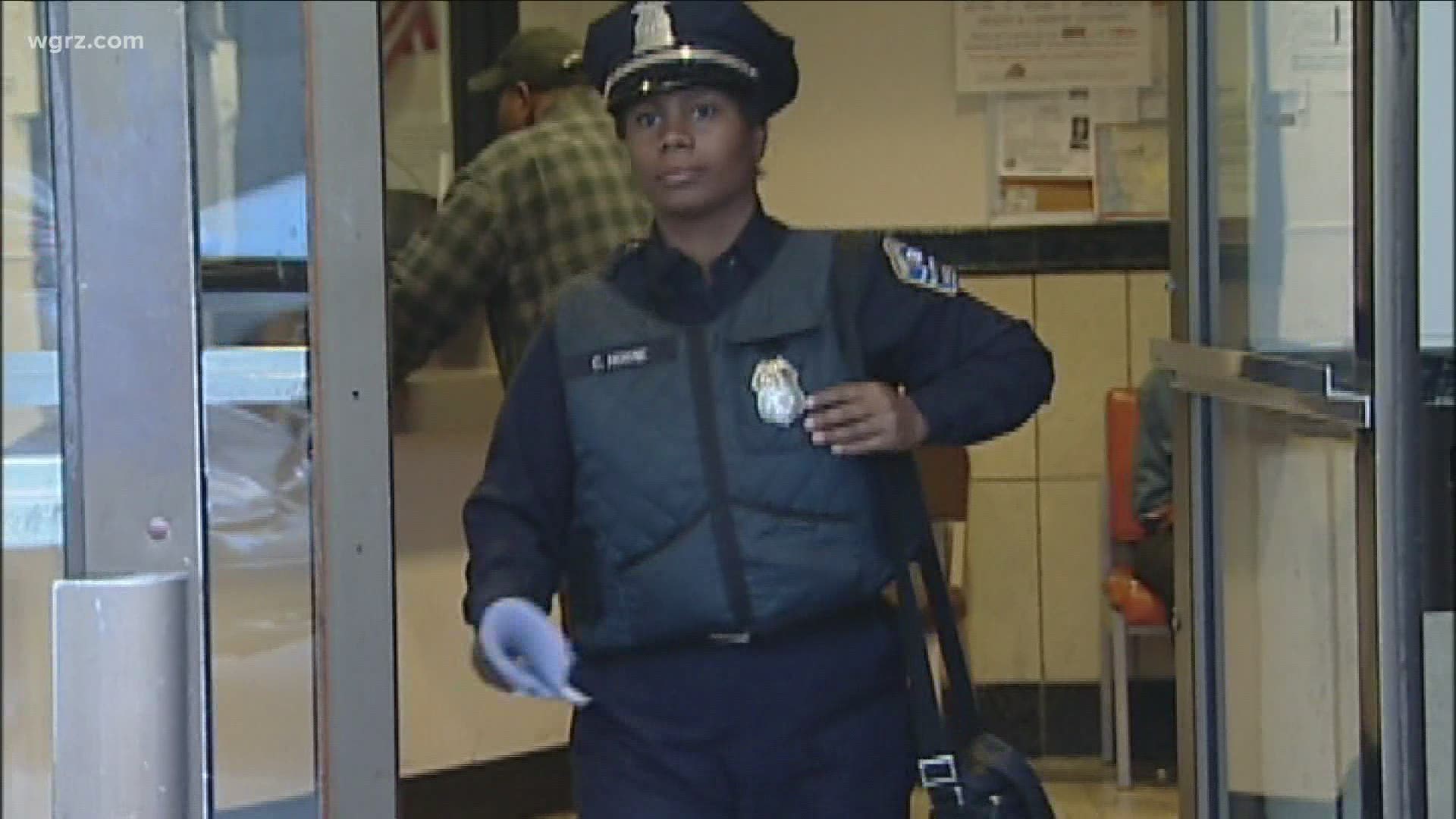 BUFFALO, N.Y. — Among a trio of resolutions on police reform that were passed by Buffalo Common Council on Tuesday is a resolution calling on State Attorney General Letitia James to investigate the case of fired Buffalo Police officer Cariol Horne.

"Now with so much attention being on the present and what some officers have done negatively, it is very difficult for some people to move forward if we have not repaired the past," Buffalo Common Council President Darius Pridgen said.

Horne was fired from the Buffalo Police Department more than a decade ago after a lengthy arbitration process. Horne said she tried to stop a fellow officer from choking a suspect while making an arrest.

Pridgen and his colleagues passed a resolution unanimously on Tuesday to request the New York Attorney General review the case and the loss of Horne's pension.

"If she did what she did 13 years ago, if she did it today, how would it be viewed? And I think it would be viewed a lot differently," Pridgen said.

During Mayor Byron Brown's police reform announcement Wednesday he was asked if he would like to see the case reopened.

"My thoughts is that was more than 12 years ago. In that 12-year period of time, I think a different telling of history is happening from what happened at that time," Brown said.

Brown said that he already wrote a letter to the then-Attorney General asking for Horne's pension to be reinstated. He said the Attorney General's office did not have the evidence to do so.

"I didn't terminate her, she went through a process she called for and was terminated," said Brown.

2 On Your Side reached out to the Attorney General's Office for comment. A spokesperson said they are aware of the resolution but could not comment further.