Statue taken down at request of an Italian American organization which sought to keep it from being destroyed by vandals. 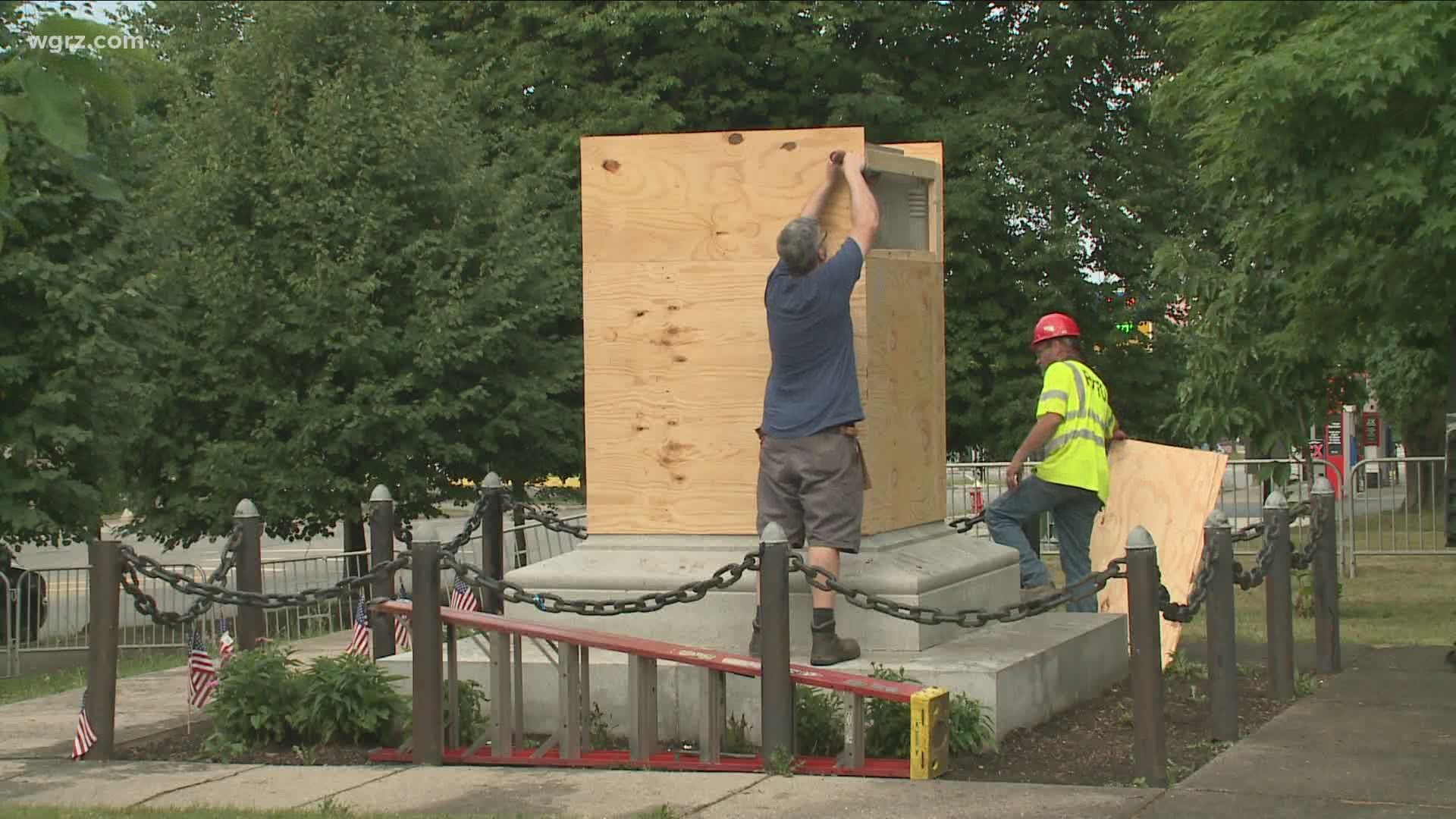 BUFFALO, N.Y. — A statue of Christopher Columbus was removed early Friday morning from the Buffalo park bearing his name.

City crews removed the statue at the request of The Federation of Italian American Societies, which sought to keep it from being destroyed by vandals.

The group was the one that originally erected the statue and then donated it to the city several years ago to grace the park on the city's lower west side, which was home to many of the Italian immigrants who came to Buffalo in the early part of the 20th century.

In several of the past years the statue had been the target of vandals, who would routinely deface it on Columbus Day. However, in light of a recent pattern of mobs destroying statues across the country, including those of Columbus, the Federation feared that could take place here as well.

"We don't want our statue destroyed," said the group's past President, Don Alessi. "We don't want it thrown in the Niagara River or for it to be defaced. This was done to prevent the destruction of it," he said. 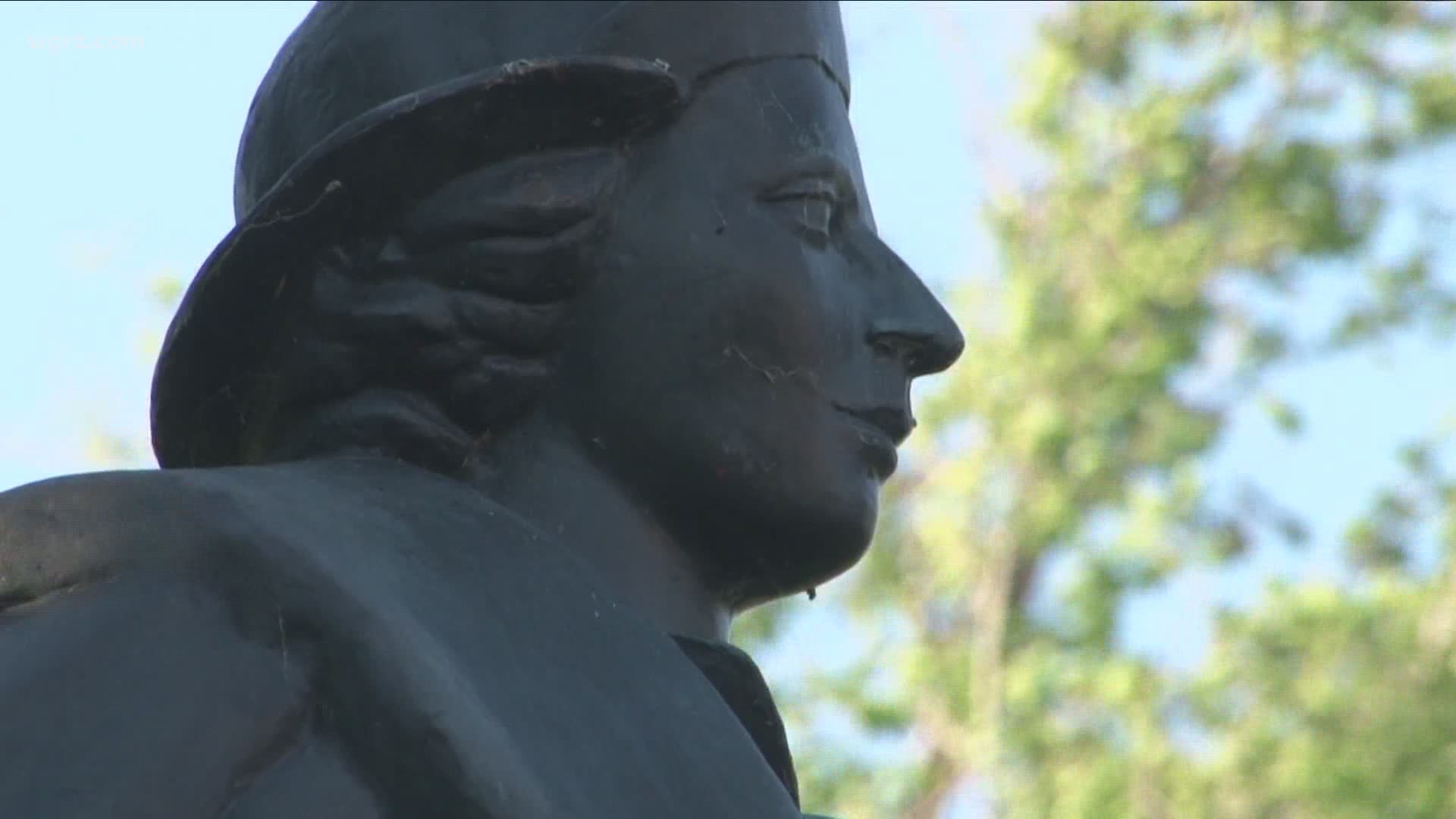 Statue will find a new home

The Federation also requested that ownership of the statue be returned to them, in order for it to be relocated.

The group said no location has been determined, but indicated it would likely be indoors in order to better protect it.

Sources tell 2 On Your Side that the former North Park Library, which is currently being renovated into an Italian American cultural center, is just one of the locations which will potentially be considered.

In addition to those requests, the Federation also asked that October be recognized as Italian American Heritage Month and the second Monday of October — which is when Columbus Day is traditionally observed — be recognized as "Italian Heritage Day."

Mayor Byron Brown said he had already talked with members of the city's common council in order to pass legislation to honor those requests. 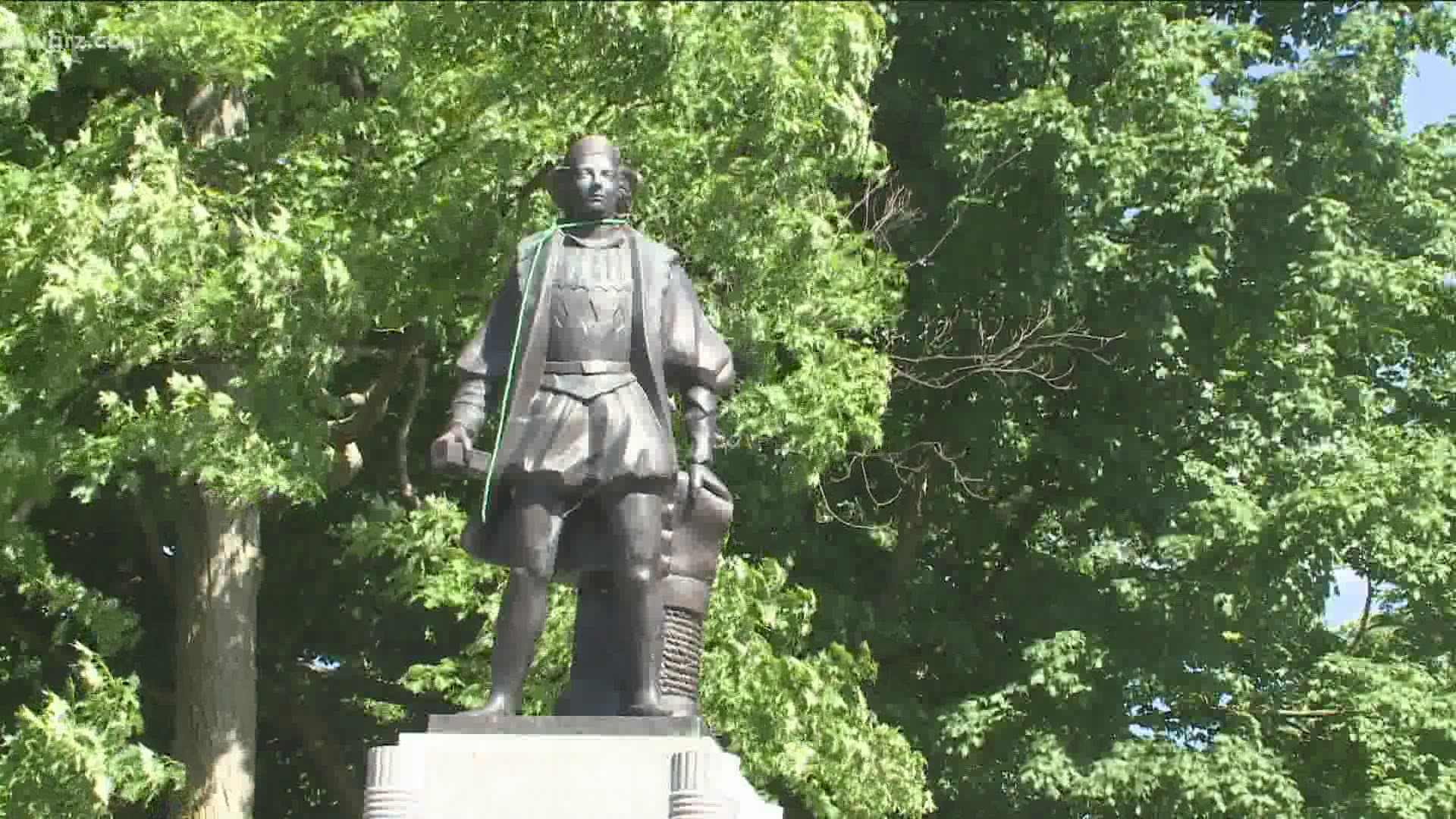 According to Alessi, Columbus remains important symbol for the "Italian presence in this country."

But he recolonizes that for others, particularly some descendants of those who were here before the Europeans, Columbus is viewed as a symbol of invasion and conquest.

"We as an Italian American community are very sympathetic to the rights and the plight of the indigenous people," said Alessi.

Removing the statue, according to Alessi, also removes a potential flash point in a powder keg of division which marks American society today.

"This statue should not be a distraction for the very important work with regard to reconciling differences," he said

Reached by phone, Seneca Nation President Rickey Armstrong told WGRZ-TV that he viewed today's development as a potential action of unity and of mutual respect, which- along with working together- is key to overcoming differences among all people.

The Federation of Italian-American Societies of WNY had the statue of Christopher Columbus removed to “provide a positive example of peaceful change” in the community. @WGRZ