Lawyers for Chris Collins appeared in Federal Court in Manhattan today for a status conference on the government's case accusing the congressman of insider trading and lying to the FBI. There, a judge a trial date for February of 2020. 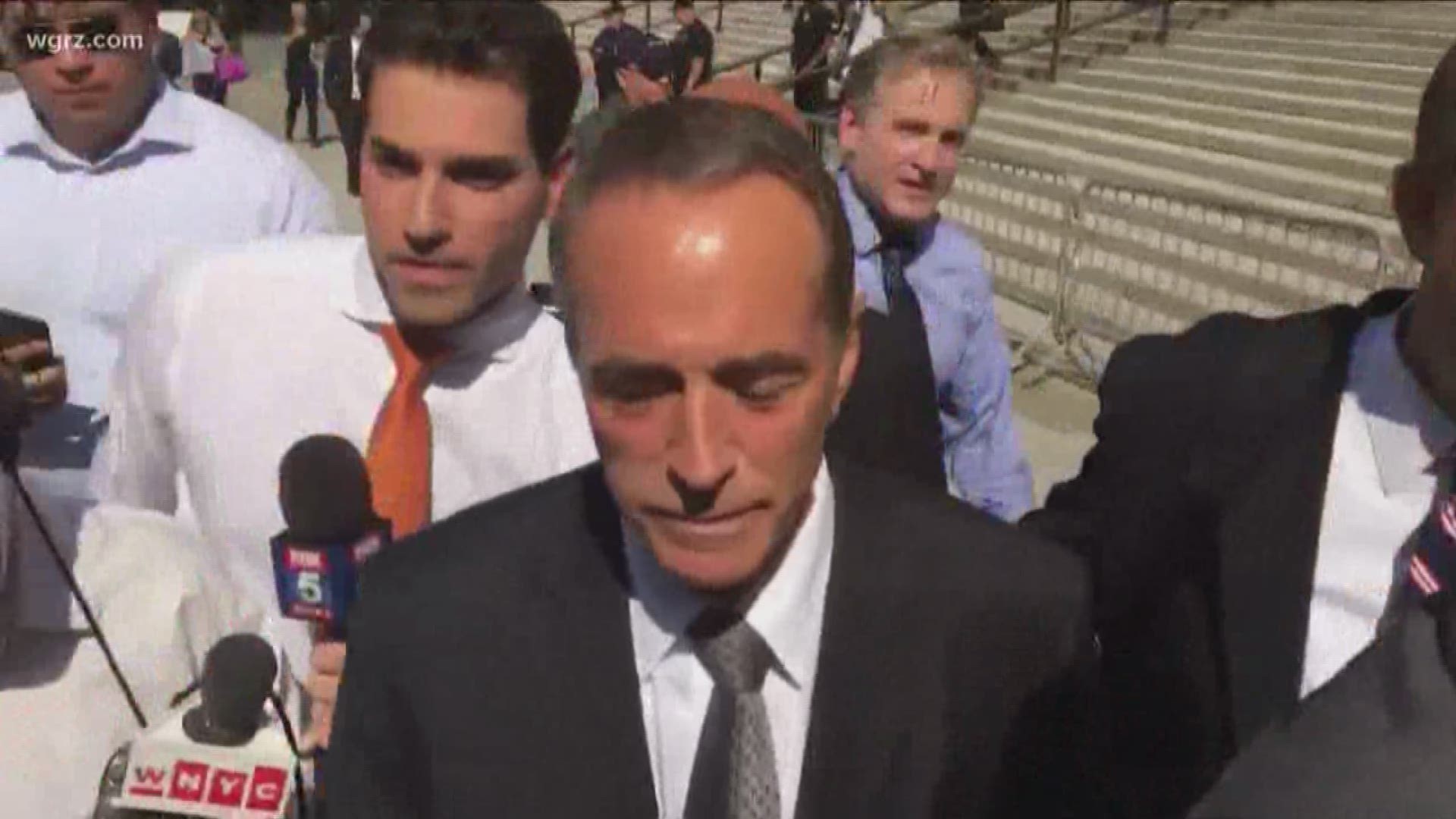 BUFFALO, N.Y. - Lawyers for Rep. Chris Collins appeared in Federal Court in Manhattan today for a status conference on the government's case accusing the congressman of insider trading and lying to the FBI.

But, Collins himself was a no show.

Collins opted for his lawyers to handle things without him, which is not uncommon for a pre-trial proceeding which generally involves attorneys updating the judge on any pending motions they may make, as well as housekeeping and calendar matters.

Although a defendant has a right to attend such a proceeding, they are also free - as Collins did -to waive that right.

It could also be noted that in doing so, Collins spared himself of facing reporters with cameras and microphones firing questions....as they did during his initial court appearance in August.

A “Where’s Waldo?” Type of Campaign

Since being charged, with the exception of a single news conference where he took no questions,

Collins has been elusive to most of the press.

When he holds campaign events, they are not posted on his web site in advance, nor are reporters told by the campaign where and when he might be ahead of time.

Two on Your Side reached out to the campaign again on Thursday, as we have numerous times requesting to speak with Collins, to no avail.

Responding to an e-mail request, a campaign spokesperson wrote:

“When the Congressman attends events that are open to the press we will let you know.”

To say Collins has gone “radio silent” though, would be not be accurate.

Collins appeared on WBEN radio Wednesday, via phone, speaking with talk show host and republican operative Michael Caputo, who during a 20 minute interview asked him among other things, what he might say to those who - even if staunchly republican, might be hesitant to support Collins in the wake of the charges he faces.

"We need to keep this seat republican and we need to keep this majority not only in the Senate but in the House so the next two years builds on what we've seen the last two years….with an economy that's taken off and (when) finally we're getting respect around the world," said Collins.

“We need to make sure the NY-27th and myself continue in the Trump camp, so we don’t flip control of the House, and Maxine Waters as chair of Financial Services (committee) and Nancy Pelosi as Speaker, where we know that that house....would impeach Trump and investigate and impeach Kavanaugh…they'd take away our guns," said Collins, who had to surrender his own weapons after being indicted.

“Could there be a greater contrast of who should represent you?" asked Collins’ democrat opponent Nate McMurray at a rally with members of local labor unions Thursday morning.

“If we elect an indicted criminal it will be a scar on the history of our region,” McMurray told the crowd. “Allow me this two year term…his (Collins’) trial is going to take longer than that probably, so allow me this two years to prove to you that you can trust me.”

Following the rally, McMurray told reporters, “You’re innocent until proven guilty, but this man should do the decent thing and at least not run. His own party has removed him from committees, he cannot fulfill his duties, and he is running a campaign that is fraudulent."