The Bills wide receiver has made national headlines for recent posts on Twitter, but says he is not anti-vaccine or pro-vaccine, but pro-choice. 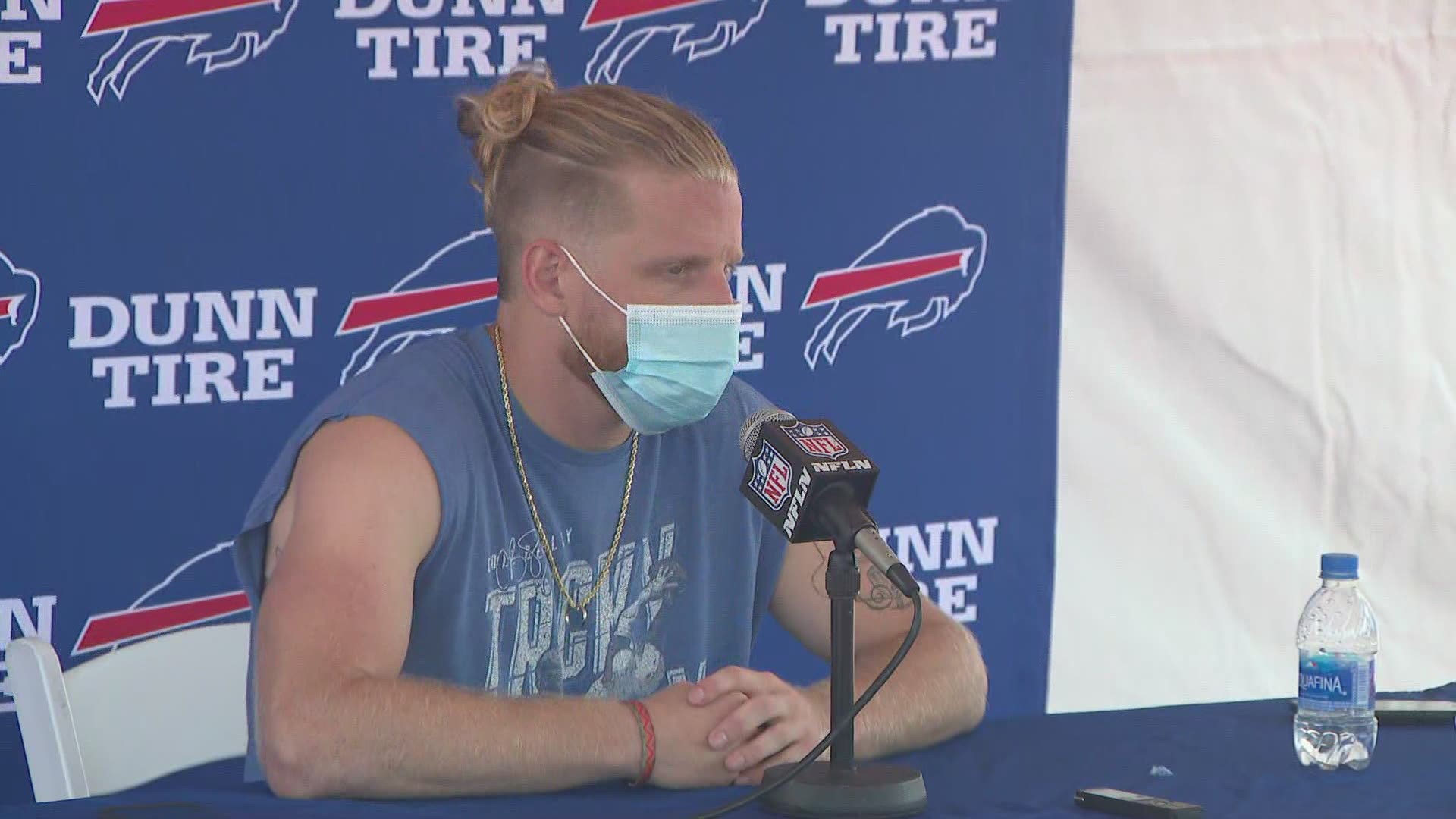 Before taking questions, he read a prepared statement from his phone about his recent comments about the vaccine on social media, as well as his thoughts on the league's COVID protocols.

"Some people may think that I'm being selfish and making this a 'me' thing, but it is all about the young players who don't have a voice and are reaching out to me every day because they're told if they don't get vaxxed, they'll be cut."

After reading his statement, 2 On Your Side's Adam Benigni asked Beasley whether his public comments on the matter were divisive in the locker room. Beasley said those conversations tend to get taken out of context, and he has no issues with anyone on the roster, whether vaccinated or not.

"I love all my teammates, no matter what they choose to do."

Bills general manager Brandon Beane says more than 80% of the players in training camp have at least one shot. Quarterback Josh Allen declined to say if he was vaccinated or not when asked after practice Wednesday, saying he preferred to keep that medical information private.

You can view Beasley's statement, and watch the entire Q & A in the embedded video above.