Lawmakers react to what one group says would be a 55-cent per gallon tax increase on gasoline. 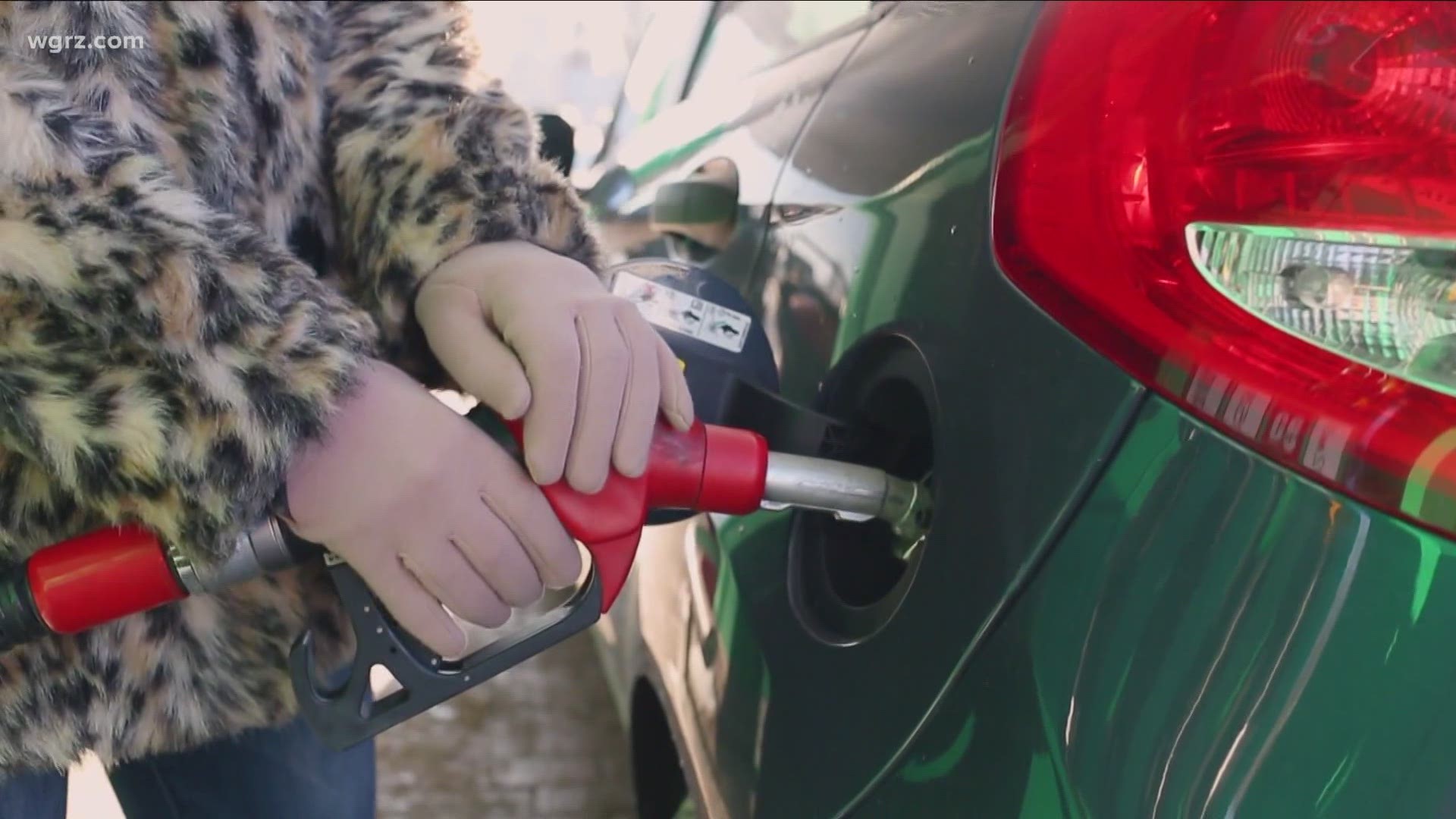 BUFFALO, N.Y. — We're continuing to answer your questions as you send them into to our newsroom.

Ryan H. asked, "I would like to know if it is true that New York State legislators and the governor are secretly trying to ramrod a 55 cent gas tax hike through to help close the state deficit?"

To answer Ryan's question, we found the proposed bill he's asking about. It is not a secret, and it is not being done in secret. Anyone can find the information by searching the New York State Senate and Assembly websites by going to the "bills and laws" section.

Rivera was not available for an interview, but sent us this statement:

“The burden of reversing climate change cannot fall on the shoulders of the middle-class. Western New Yorkers are no stranger to pollution and its devastating effects on our waterways, air and soil.

The Climate and Community Investment Act is a step in the right direction to correct the environmental course of neighborhoods here in Western New York that have been adversely impacted by contamination. Corporations that have knowingly polluted our communities for decades are the entities who should bear the brunt of that course correction.

Residents who are most at risk of suffering under the effects of pollution also happen to be those who are unable to combat the harmful ramifications of corporate interests on the environment. About 33% of the Climate and Community Investment Act would fund energy rebates to low- and moderate-income New Yorkers, nonprofits and small businesses.”

The bill in both the New York State Senate and Assembly proposes many things related to the environment to address climate change and expand and grow clean and renewable energy. It also would establish a climate pollution fee and a household and small business energy rebate. It also pays special attention to disadvantaged communities and neighborhoods impacted by pollution and climate change.

There is a lot in the bill. It is 73 pages long and is summarized by the bill's sponsors as seeking to "transition New York to 100-percent renewable energy, create hundreds of thousands of jobs, protect workers currently in the fossil fuel industry, and support the communities most impacted by climate change and pollution."

So now for the part of the bill Ryan was asking about. The bill says a fee of $55 would be imposed per short ton of carbon dioxide equivalent next year.

It says nothing about a 55-cent per gallon tax increase specifically, but here's where Ryan may have heard that. The Jamestown Post-Journal, among other media outlets, published an article last month saying the Business Council of New York State estimates gas taxes would go up 55-cents a gallon if this passes.

The bill is in committee in both houses and would have to be passed by both the Senate and Assembly before going to the governor for his approval before becoming law.

We also asked our six State Senators from Western New York whether they support the bill on Monday.

State Senator Patrick Gallivan released a statement saying in-part, "We should be doing more to limit or reduce taxes, not raise them. I urge my colleagues to reject this bill."

And a spokesperson for State Senator Sean Ryan told 2 On Your Side that Senator Ryan does not support an immediate 55-cent increase in the gas tax and, "in general, Senator Ryan does support efforts to curb greenhouse gas emissions to address the crisis of climate change."

Also a spokesperson for Senator George Borrello told 2 On Your Side that he opposes the legislation and calls it "another fiscally irresponsible measure aimed at appeasing climate activists at the expense of hardworking residents and small businesses."

Senator Rob Ortt says in-part, "This out of touch bill is just the latest hit to hard working New Yorkers who will be forced to endure skyrocketing costs at the pumps."

State Senator Ed Rath said in-part, "this is only going to add to the already overly burdensome taxes and fees we have in our state. We should be helping our hard-working taxpayers and businesses, not increase their already high costs of living and doing business in New York State.”

We did not hear back from State Senator Tim Kennedy's office.