Class action lawsuit to be filed against Amigone

Neighbors in the Town of Tonawanda plan on suing Amigone. 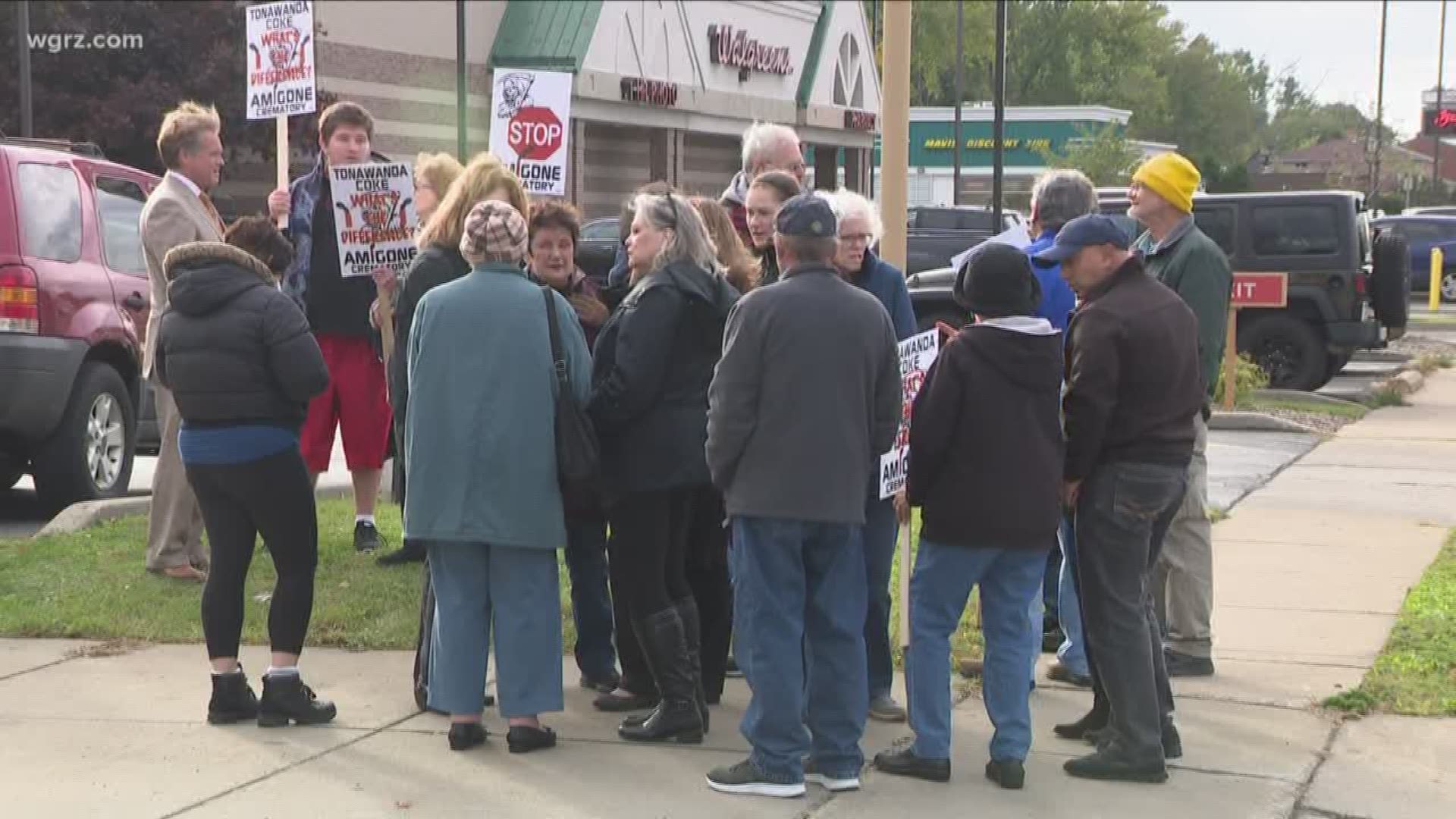 TOWN OF TONAWANDA, N.Y. -- It's back to the courtroom for people living near the Amigone Funeral Home in the Town of Tonawanda.

They are planning on filing a class-action lawsuit against the funeral home over its crematory, which they say, is hazardous to their health.

"The odors were supposed to stop, well the odor is just as horrible as ever," says Ron Labuda.

Neighbors in the Town of Tonawanda say they're filing a class action lawsuit, claiming Amigone's emissions negatively impact their health.

"You're smelling someone's deceased relative, and unfortunately, their ashes falling on our neighborhood," says Labuda.

The Amigone crematory on Sheridan Drive shut down in 2012 after years of complaints from neighbors.

In 2014, the county blocked it from reopening. And, in 2016, a judge said it could reopen, and the company worked with the state to meet new emission standards.

"One of the things by going to court, we're going to ask for the law to be struck down that forces crematories to live next to residential communities to be able to relocate to non-residential areas," says attorney Kevin Stocker.

Like attorney Kevin Stocker, Robin Stein also lives near Amigone. She bought her house when the crematory was closed and says she can't enjoy her yard.

"Just move it outside our residential neighborhood. We don't want to destroy his business, we just want it moved so it doesn't affect our livelihood," says Stein.

Attorney Dennis Vacco is representing Amigone. He told 2 On Your Side’s Kelly Dudzik Friday night that he has not seen a lawsuit and his client has not seen a lawsuit, so he has no comment about it. Vacco also says Amigone spent hundreds of thousands of dollars on state-of-the-art DEC approved equipment and is in full compliance with the DEC permit and state law.