Sonshine716 was inspired by Laura Kicinski's sons and her friends. 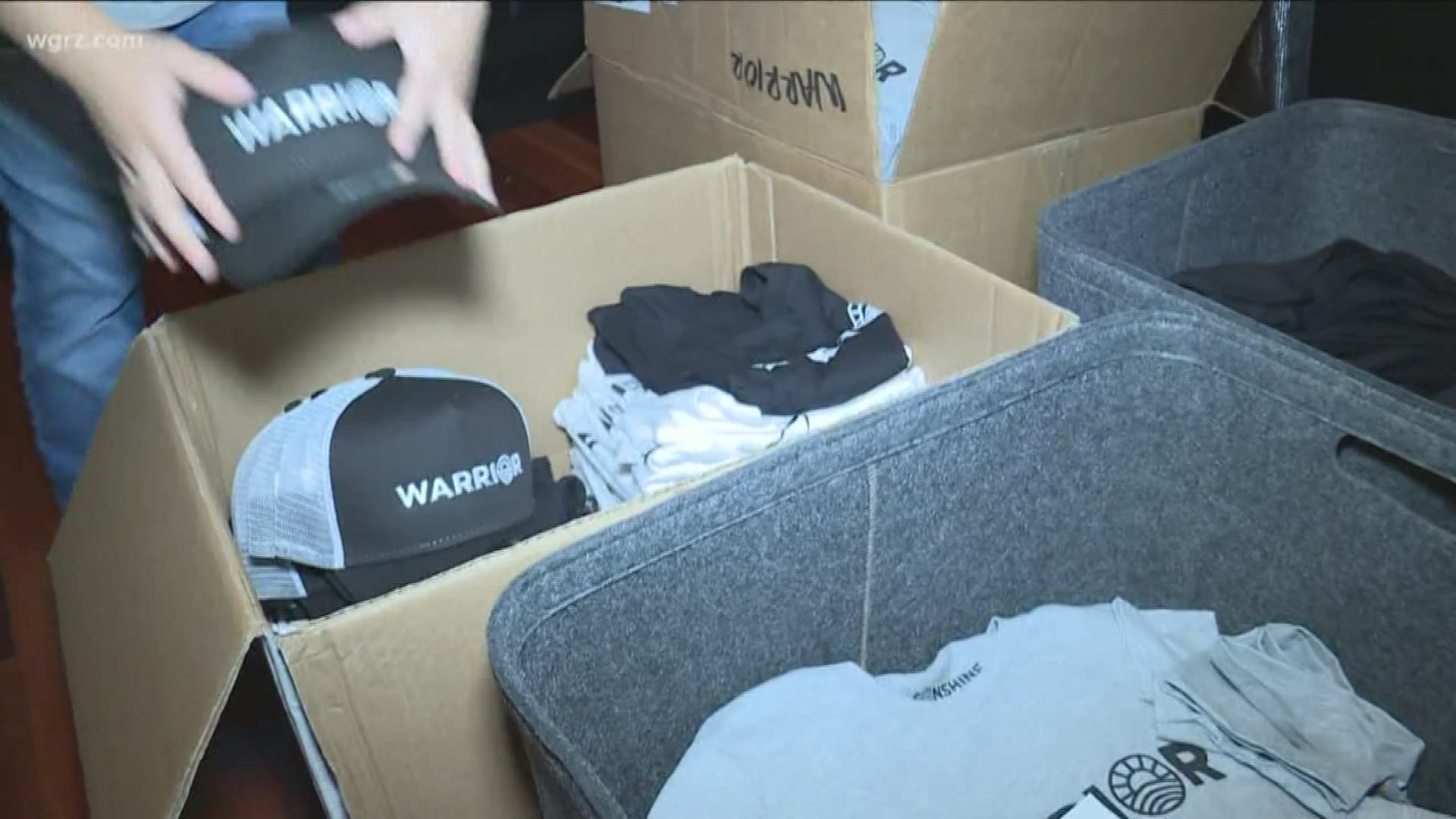 CLARENCE CENTER, N.Y. — A brave mother from Western New York is using her battle with cancer to help children in the area who are going through the exact same thing.

Three years ago, on Election Night, Laura Kicinski's youngest son bumped into her.

"His head went boom in my face," says Kicinski.

She went to the dentist, who sent her to an oral surgeon who knew something was wrong. When the test results came back, Kicinski had her husband break the news.

"And, he said it's bone cancer, and from there things moved so fast," she says.

Kicinski had osteosarcoma. It's usually a childhood cancer. She went through chemo, and in 2017, she had surgery at ECMC where doctors removed her jaw bone and replaced it with a leg bone. Kicinski credits ECMC, her friends, husband, and four sons with helping her get through it.

"If I didn't have them, it would completely suck, and they have just been my force to just keep going, keep going, because it's been really hard," she explains.

To help other families, Kicinski and her sons started "Sonshine716." That’s Sonshine with an "O" to honor her boys.

"I had a group of friends that before I went into chemo, before my surgery, they kind of came up with the term sunshine," she said. "And, they would show up at my house every night before, and they’d leave huge baskets and things for my kids, and they called it gifts of sunshine."

One hundred percent of the proceeds are going to local childhood cancer charities.

"We want to spread strength, hope, and sunshine to as many people as possible. When we went through a really hard time, it wasn't just me that was a warrior. It was everyone that was around us," says Kicinski.

“I'm 100 percent confident that I have a long life ahead, and I'm just going to keep going," she says.