This summer, Mayor Byron Brown says more than 100 residential streets will be repaved at a cost of $10 million. 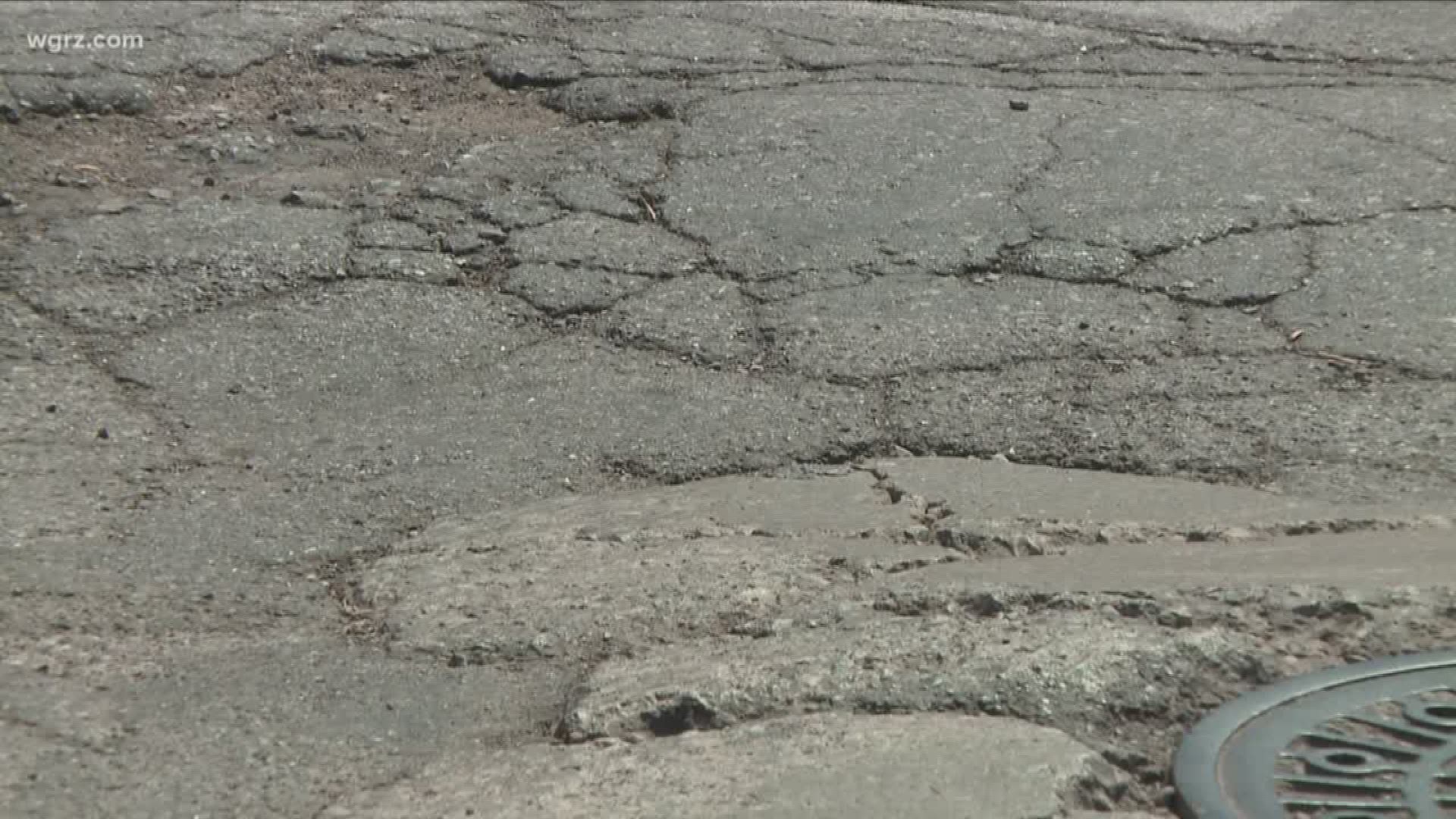 BUFFALO, NY - We all know this past winter was a harsh one on the roads, so 2 On Your Side is spending some time looking into which roads are scheduled to be fixed in the City of Buffalo this summer.

Earlier this year, we highlighted how a portion of Elk Street, off the 190, closer to Seneca Street was in very bad shape. That portion of Elk, at least for now, is not on the list.

This summer, Mayor Byron Brown says more than 100 residential streets will be repaved at a cost of $10 million. Now when you add main roads on to of that, the city says the total grows to $35 million that will be spent repaving. This is up from about 80 streets last year at a cost of $20 million.

"We certainly ask for all the cooperation from our residents as we're working to improve the city streets as we come down do milling and paving it's important that residents pay attention to the street postings for no parking so that the crews can work efficiently," city engineer Michael Finn said.

Once work begins on a street, city officials say it takes about two or three days, depending on the weather to get the job done. Every council district will see some roads repaved this year.

We've been looking over that list to find some of the big projects that will be impacting city residents.
One them is Fillmore Ave from Kensington to Main Street by ECMC. This is a busy area and according to the city's rating system, this portion of Fillmore is in poor condition.

"Our city engineers do a complete survey on every street in the City of Buffalo to determine the condition of that street and our goal is to the worst streets first," Mayor Byron Brown said.

The city uses a ratings system from 1-10 -- with 1 being the worst, 10 being the best. The city also looks at 311 complaints and complaints from common council members and balances all that to make a list. And, if you're upset that your road or a road you use is not on the list, the city says it's always looking for more money to do repaving and there's always a chance the city could add more roads.

One area that has been beaten up pretty good over the years has been High Street, within the Buffalo Niagara Medical Campus. With all the construction that has been done, the roads here have been falling apart. High Street between Main and Ellicott is expected to be repaved this summer.

Another key project in Buffalo is the Northland Corridor, on the city's eastside. The city says it plans to repave Northland Ave from Fillmore to Grider this year.