The project is expected to be complete in 2022. 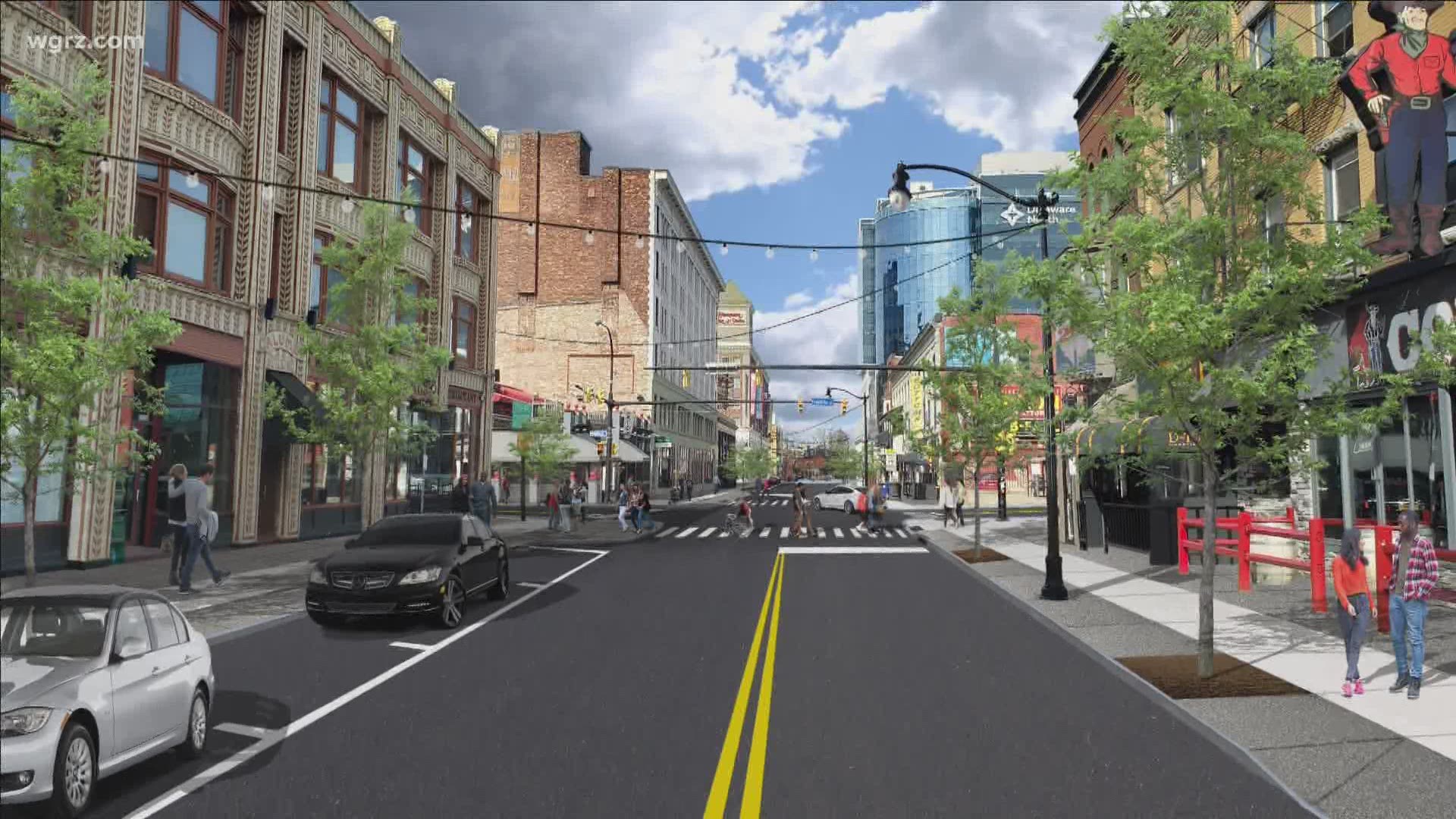 BUFFALO, N.Y. — Construction season is about to begin in Buffalo, but it will also include an $8 million project to give the city's entertainment district a makeover.

The city will start its project to beautify the entertainment district next Monday. The goal is to make updates to infrastructure so it will draw more people to the area.

"Our Chippewa entertainment district is already a sought-after destination in the City of Buffalo. We're going to make it more beautiful and more attractive," Buffalo Mayor Byron Brown said.

The project is expected to be complete in 2022.

The sidewalk will be enlarged, and parking will be removed on the north side of the street. Lighting will also be improved.

Franklin Street and Court Street will also be given a makeover.

A lot of the changes are based on research the Buffalo Urban Development Corporation did with the community by asking them what they would like to see.

"People want to live in walkable areas that are vibrant, where there are trees, landscaping, places that they can gather and linger, and really enjoy the space," said Brandye Merriweather, president of Buffalo's Urban Development Corporation.

However, this project is only a start in making infrastructure improvements across the city.

"Fortunately, because of the federal stimulus and the potential of significant federal infrastructure funds, the investments we're going to make in streets and sidewalks and trees and lighting all across the city of Buffalo is going to be incredibly significant," Brown said.

He's not sure just how much the city will get from Washington just yet.

The entertainment district project begins Monday so Chippewa will be closed to traffic from Franklin to Elmwood starting at 7 a.m. Monday.

Businesses will remain open during construction.